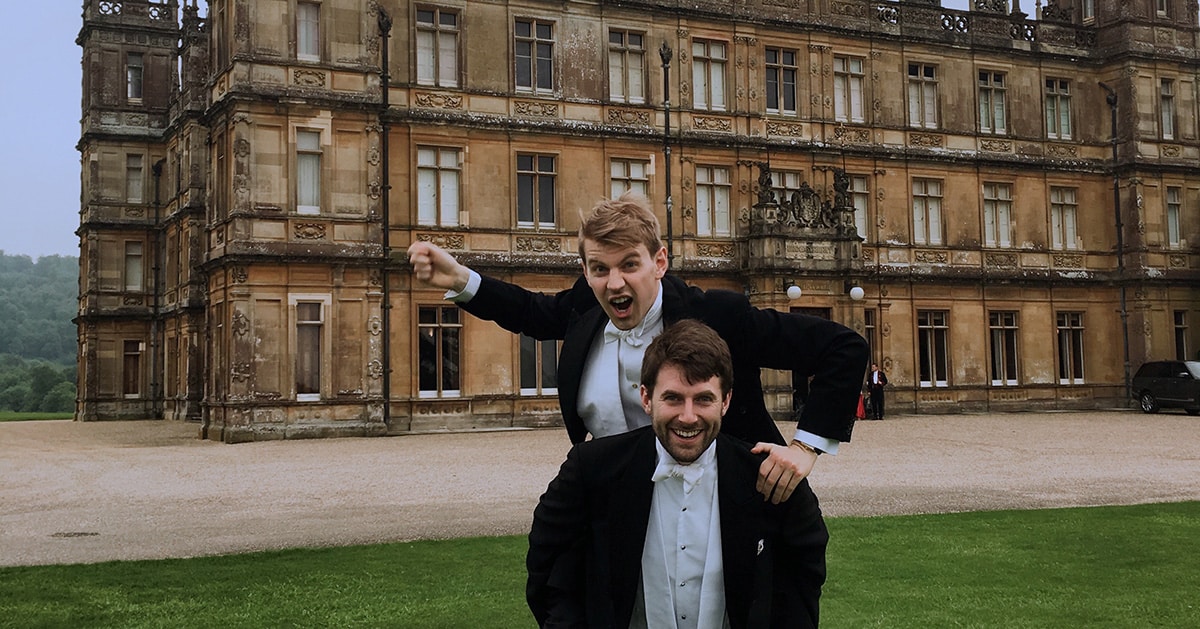 It’s always a pleasure to discover talented new writers, and these two are great fun. Off-shoots of the Cambridge Footlights, Adam Drew does the lion’s share of the penning of witty lyrics (set to existing tunes), and Guy Hayward supports him, and Ben Connor plays the piano heavily under the influence of Art Tatum (amongst many wonderful others). They’ve written a few whimsical numbers and topical skits and have lurched into the attention of the public by getting gigs at some memorable places, like 10 Downing Street. Right now, they stand poised at an interesting moment, where their career might go in any number of different directions, and perhaps many simultaneously.

Targets in their Pheasantry January gig started with HRH Prince Harry, moving on through The Oxbridge Blues (as they say in the great hymnals, ‘To the tune of Jerusalem’ and also ‘I Vow To Thee My Country’, AKA ‘Jupiter’). In a way, they give us ‘The 1% In Concert’. And their mission is either to entertain the home side, or enlighten the great mass of outsiders. For instance, as Drew informed us when elaborating upon their name: ‘A bounder is a man who is not a gentleman but who behaves as if he were, and a cad is a gentleman who behaves as if he were not.’ This, in and of itself, is amusing, but possibly does not bear too much repetition.

The care and imagination lavished upon their lyrics, however, suggests that they have higher ambitions than that. One of their models, Tom Lehrer, is celebrated for his ability to create a self-contained world in each song, one which resists the pressures of fashion to date it and rob it of comic spirit. There are signs here that B&C may be on track to follow respectably in Lehrer’s footsteps. A few numbers stood out here, in particular, two items in the second half, both with French provenance: ‘We bound around’ is one of Michel Legrand’s best numbers, for which they come up with new lyrics in English that are brilliantly effective, and then also a spoof on The Flower Duet from Delibes’ ‘Lakme’, here entitled ‘The Flour Duet’, which, while dependent on The Great British Bake-Off as its raw material, seems strong enough to rise on its own (sic).

In terms of stagecraft, the boys have a fair way to go to develop a ‘polished’ performance: here we got black turtlenecks and black slacks in the first half;… and exactly the same outfits in the second half. No guests were invited to perform with them: they relied upon their pianist to break into a request improvisation turn to offer them some relief (this drew the audience further into their net, but no one was prevailed upon to vacate their seat). And they’re both on stage all the time. It wouldn’t be difficult to vary the set-up.
Meanwhile, there’s the catalogue of undergraduate humoresques to get through, with pleasantly scurrilous jokes at the expense of the powerful and self-important. Fair enough. There is a market for such things. I think, however, that these artists are even better than that and quite capable of making of themselves something which outlasts their inspiration.

BOUNDER AND CAD REGULARLY APPEAR AT THE PHEASANTRY