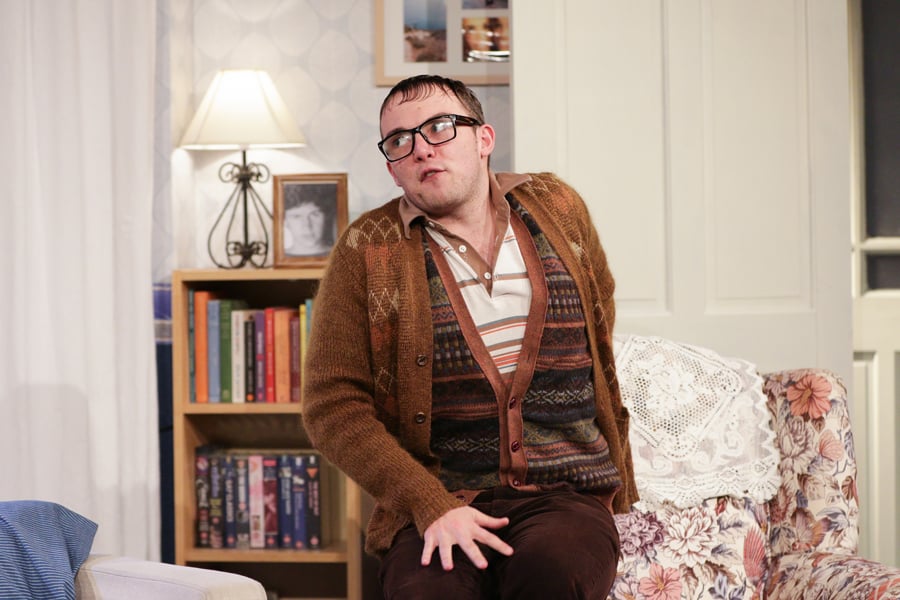 Perfectly planned to coincide with the annual Tack-Fest of the Eurovision Song Contest (it’s on the 18th of this month, in case you live under a stone), this pitch-perfect three-act drawing-room comedy by Jonathan Harvey arrives to take us back into the mid-90’s and a long look at relationships, then as now, going beautifully wrong.

This is his sixth play and it is a remarkably accomplished, not to say zingy feat of taking the form of the three-acter and smashing it straight into the net of a contemporary setting and mores, strongly suggestive of the formal and structural control of Ayckbourn, yet laced heavily with the intoxicatingly pungent humour of his own view of life.  Stuffed absolutely full with the best, crispest, freshest one-liners, it is an aural treat, as each character, in turn, gets to attack those around with an unbeatable combination of wit and cynicism, cracking out the jokes till you think no more can come… and then more do come. 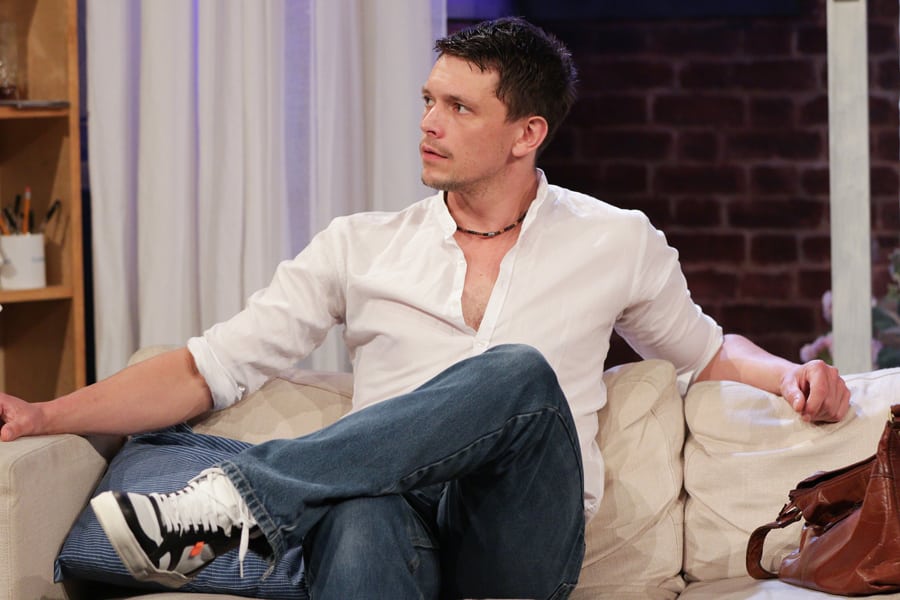 Andrew Beckett, a house regular at this address, directs with a graceful naturalness (again making us think of the Master from Scarborough) and has also designed his own – immaculate – box set, where all the doors and windows operate with exquisite verisimilitude, and the furnishings and bric-a-brac bespeak a world of impoverished refinement: cognac sits in a glass decanter on a plywood shelf; clubwear t-shirts hang ‘airing’ on a lazy Susan by a radiator; and, in the first of many masterstrokes of Harvey’s dramatic craft, the much needed extra chair is lugged onto the set by helpful-but-truly-ghastly neighbour Norman (Joshua Coley in one of the many runaway successes in the cast’s characterisations – he makes him funny and worryingly creepy at the same time).  Meanwhile, nibbles in ramekins have been placed on the coffee-table (complete with 90’s ashtray).  A party is about to begin: Eurovision pieties are about to be observed. 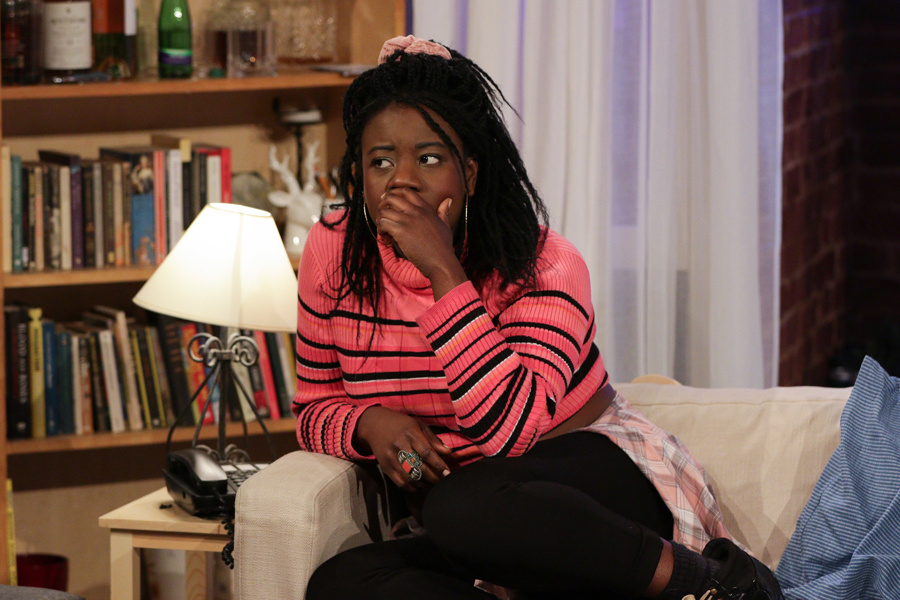 And how.  The host, Lee (Adam McCoy, giving it his sympathetic best), is keeping up a household tradition, following the – much-discussed – death of his boyfriend.  He has to be the nearest we get to ‘straight man’ to the parade of local curiosities which then fills the stage.  His best girlfriend, Wendy (what an apt coinage!), is played by Tori Hargreaves with deft assurance: she alone seems to have the least of a discernible ‘journey’ to go upon, and to talk about to the others; yet, hang with her and you will find there is something truly deep and surprising going on.  Also rocking up is the would-be scene star, Roy, who – in Sean Huddlestan’s winsome and lovable ways – seems to be the last person on earth you would think of as a regular nosher of E’s and Charlie (a few diminutive lines of which are dutifully hoofed from the coffee-table – I said this was impoverished gentility).  Yet, he manages to start a fire (not a spoiler, you see this coming a long way off – it is only funny, however, because Roy does not!). 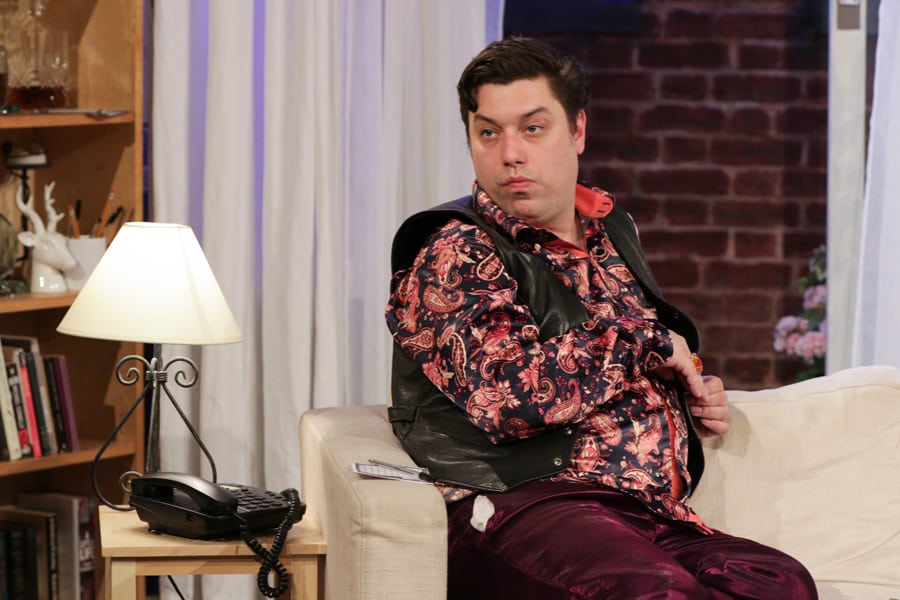 More explosive still is the company of John Hogg’s suave, expensively educated and nearly always out of work actor, Nick, and his soon-to-be-ex-girlfriend, the terrifying Tania: the latter is the fond creation of Florence Odumosu, who seems to be having every bit as much with her as we are with her loudmouth, bossy cow act.  Finally, we get Christopher Lane’s acidly bitchy queen of the ball, Steph, a compulsive philanderer (with no standards) who gets on the wrong side of everyone and still manages to maintain his position as a necessary presence in this grim menagerie of lost souls. 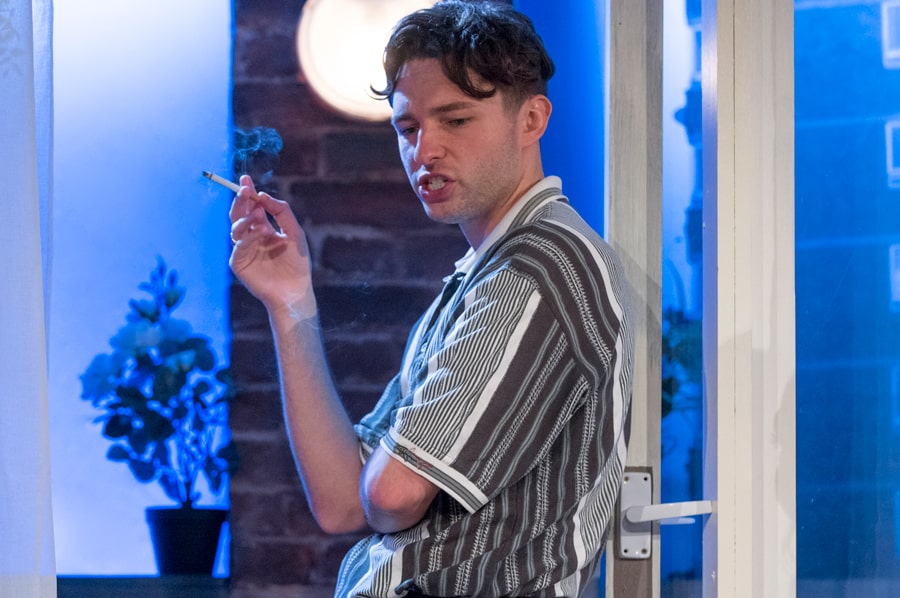 It only remains to say that Robert Draper gives them all nice things to wear, Andy Hill lights it all with smooth understanding, and his sound design does wonders to lift us up by the scruff of our neck and deposit us in the world that still existed just before the digitalisation of everything.  There is even a lovely explosion to enjoy, and if the conflagration is not quite all it could be, then neither are the lives of those characters in whose charmingly irreverent and mouthy company we spend a precious two hours.  Would we could but live with them always.