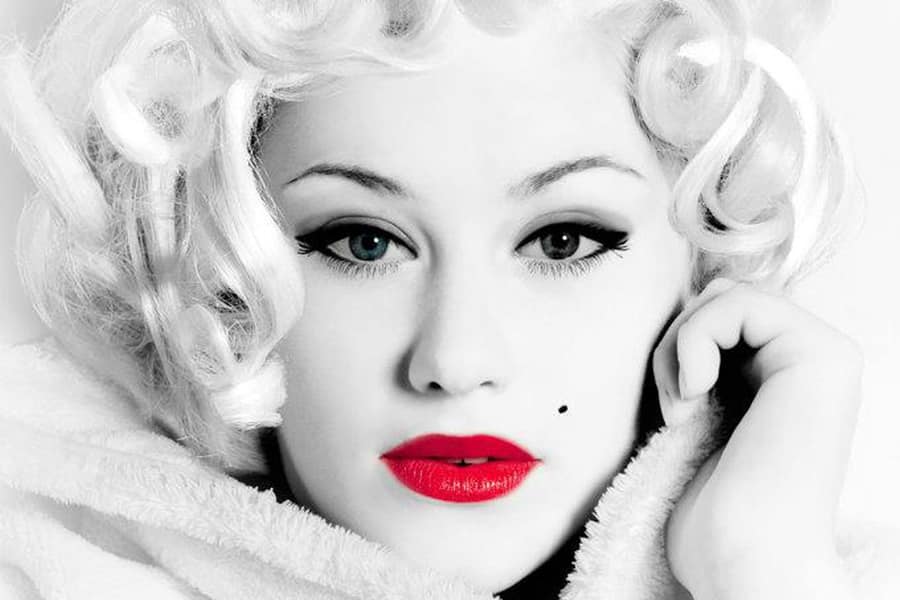 Marilyn Monroe is an enduring legend and icon, her image outsells even more than Elvis Presley. How many people know her story, or, indeed, have seen her films? Known through imagery and internet clips and memes, her actual story may be in danger of fading. Much welcome to Blonde then, a new musical by the partnership of Adam Howell, (Music and lyrics), and Paul Hurt, (book). At RADA, a condensed, stripped down workshop presentation gave more than a sense of the score and show, it blew the audience away.

Performed by a hugely talented cast, there were standout performances among an ensemble that conveyed the spirit of the musical, and the sadness behind the image of Monroe. The book gives equal time and attention to Norma Jeane and Marilyn Monroe, the transitions cleverly underlining the poignancy of her younger dreams and ambitions, and the reality of being trapped by fame and an image. As Norma Jeane, Ellie Clayton was simply outstanding, excited by the opportunities she grabs, mournful at the effect that has on her marriage and life. She is matched by Kate Robson-Stuart’s seductive Marilyn Monroe, giving enough of an essence of the star to avoid presenting a stereotype; the book and music succeed in making Marilyn human. The title song, Blonde, is a beautiful duet between Norma Jeane and Marilyn, one of hope, ambition and tinged with regret. There is a show storming performance from Brigid Shine as Paula Strasberg, a comedic delight, and the ensemble singing the Actor’s Studio Alma Mater is a wonderful number full of gags that theatrical types would get!

This is a particularly strong show for women, but the book selects milestones from Marilyn’s life to underline the dominance of men around her. Told through the camera of photographer George Gifford, (a fine Joe Etherington), power is presented by vile movie mogul Daryl Zanuck, (excellent Tom Hopcroft), and his attitude chimes with the current #metoo movement. Cara Nolan’s taut direction keeps the show on point, and the music shines throughout- this is a show brimming with potential. Monroe was unique in that she was loved as much by women and non- heterosexual people as she was by “red blooded” straight men. Perhaps a development of the show could include the fans, at the moment the effect she had on those in the cinema seats is lacking.

Monroe’s marriages and the pressure of fame on them are chronicled well, with Scott Middleton a fine Arthur Miller, his intellect fighting his emotional responses, a performer with much talent and potential

If you don’t know Howell and Hurt, you should, as their musical adaptation of Angela’s Ashes took Ireland by storm last year and surely must have a UK transfer soon. On the evidence of Blonde, it’s only a matter of time before their work becomes more widely known.

FIND OUT MORE ABOUT RADA