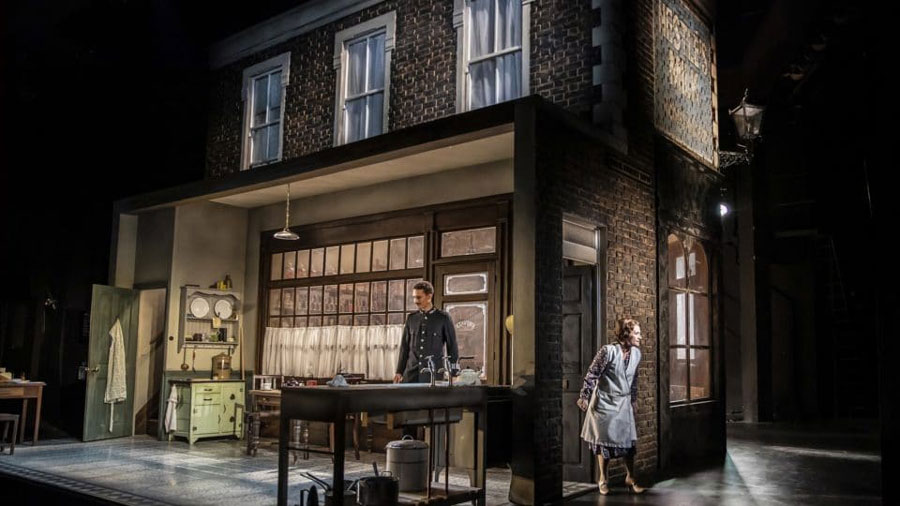 Considered by many to be a “lost” classic, Charles Bennett’s 1920’s play has been given a fresh adaptation by Mark Ravenhill, and a terrifically staged production at the Mercury- the two-story house/shop design by David Woodhead is terrific. I can see why Ravenhill is attracted to the script, some themes remain worryingly familiar: the abuse of women, the suffocating of sexuality, the codes of society and especially police corruption. Yet Anthony Bank’s production is hugely underpowered, and it’s only really in the second act that things actually get going. It’s not a murder mystery, an artist is dead in his studio, stabbed in the neck by Alice as she defended herself against him- we don’t see this as Ravenhill has cut the original first act, we only hear about it. Her fiancée, policeman Harold, has been assigned the case, has his suspicions, and they agree to cover up her crime to aid his promotion. Lie upon lie is promoted, at first to keep the truth from Alice’s overbearing mother, Ada, but then the arrival of a queer blackmailer, (his words), throws the whole situation into a panic. Ravenhill gives it huge social context, and comparisons with today are obvious, but when Ada says, “Everyone loves a murder”, we are perhaps expected to see a more traditional thriller, and it jars with the social realism the writer wishes to convey. 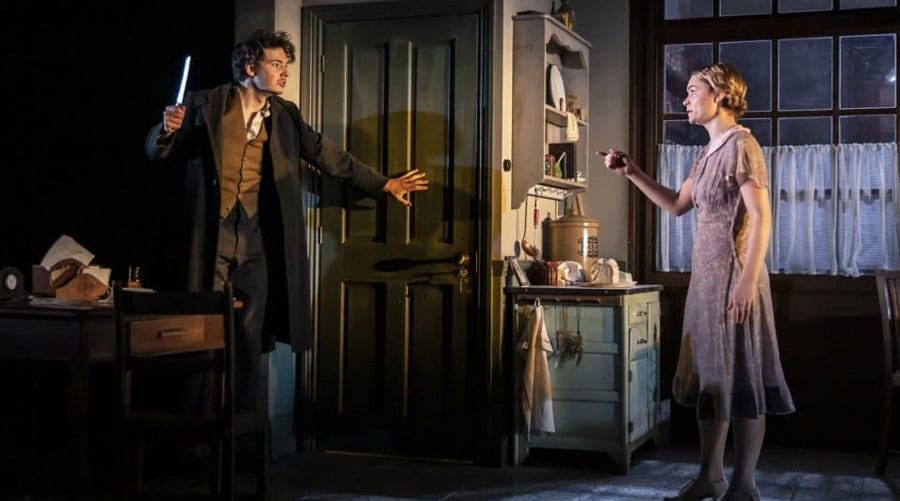 There are many positives, especially Lucy Speed’s Ada, an energetic, often funny portrayal, keeping up standards in a decadent world. She is matched by Jessie Hills as Alice, defiant, strong-willed and totally convincing as the cage of society closes in around her. I was less impressed by the male actors, Gabriel Akuwudike looked uncomfortable in the space, and his diction, from my section of the audience, was quite poor. As blackmailer Ian, Patrick Walshe McBride felt as if he was in another production, his character feeling almost like a stereotype of a loud gay queen- no living in the shadows for him, although his comments about how society and the law treated gay men are interesting and relevant. However, he does add sinister layers of threat as the play goes on. 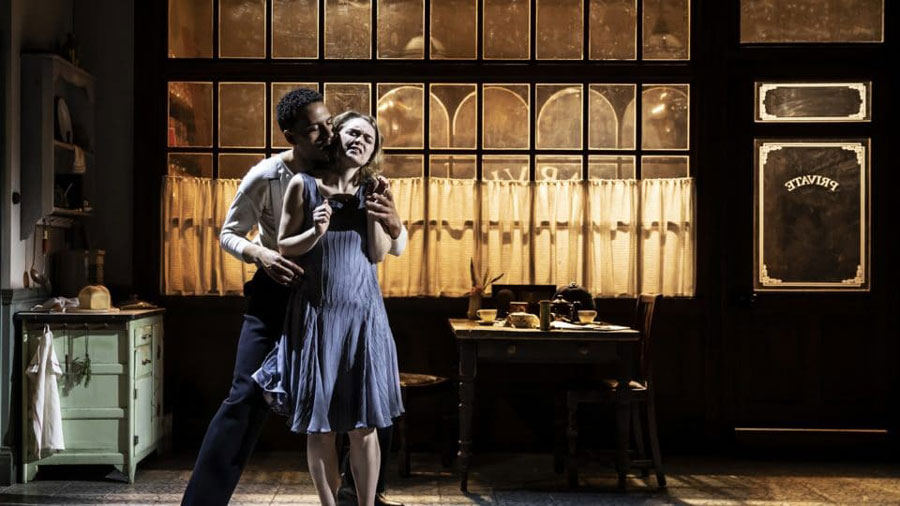 What the play does well is disrupt your moral compass, it asks what you would have done in this situation. However, as we are aware of the social issues being examined, but it certainly needs to pace up, I felt no one in the first half really believed in what they were saying, and it undermined any tension- more than that, I didn’t really care what happened to the any of them. Rufus Norris, director of the National Theatre, recently took flak for claiming that talent was being drained away from theatre to streaming services. Conversely, I can’t see how productions like this will tempt younger audiences away from Netflix.