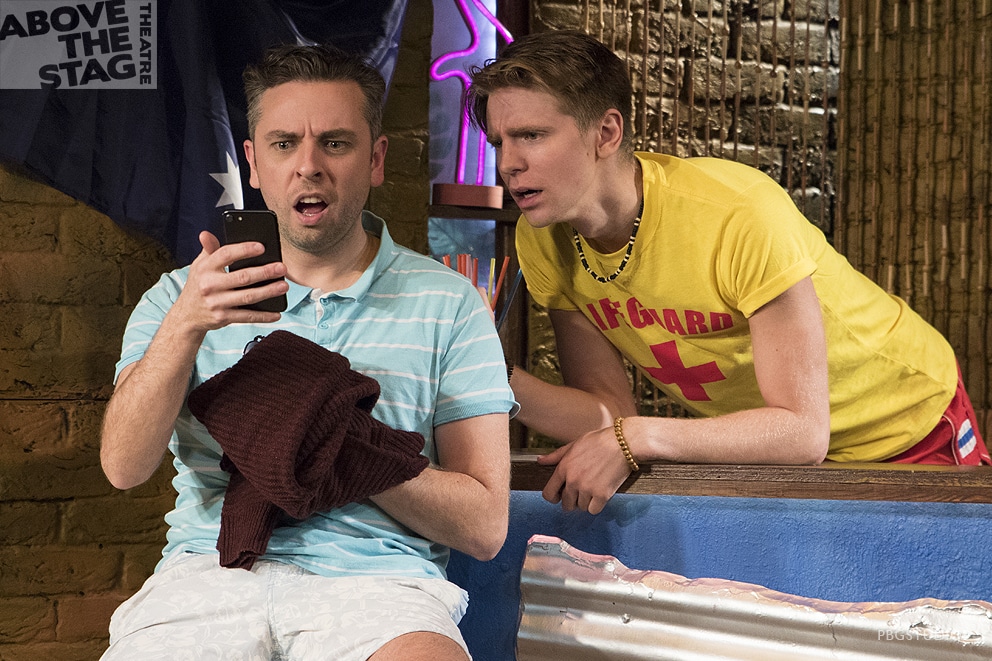 Bitches Down Under!
Above The Stag
17th January 2018
3 Stars
Book Now

Fans of light, frothy, gay-flava’ed serials will welcome this third instalment in the continuing saga of our friends from ‘Alright Bitches!’ and ‘Bitches Ahoy!’, where they take their exclamation marks all the way to Mardi Gras in Sydney, Australia, in an epic of soap-opera proportions by the indefatigable Martin Blackburn.  In Andrew Beckett’s workman-like production, an entirely predictable, but wholesomely enjoyable sequence of comic exchanges then follows, as witticisms old and very old and even older get tossed this way and that between our chummy crew.  If memory serves me correctly, in this particular entanglement Liam Mooney’s affable Drew and Ethan Chapples’ likeable Garth are on their holidays in the famed antipodean metropolis, in three-wheeled tandem with arch fag hag, Hannah Vesty’s spry Pam.  They arrive in a bar presided over by Lucas Livesey’s even more archly sniping Max, who observes with dry, nay, often mordant humour the ultra mild complications brought about by the introduction of Grant Cartwright’s brisk Ollie and Tom Mann’s New Man’ish Scott.  And that’s it.  Plotting is not really Mr Blackburn’s forte, and he is content to let his characters come onto the stage and chat.  And chat. 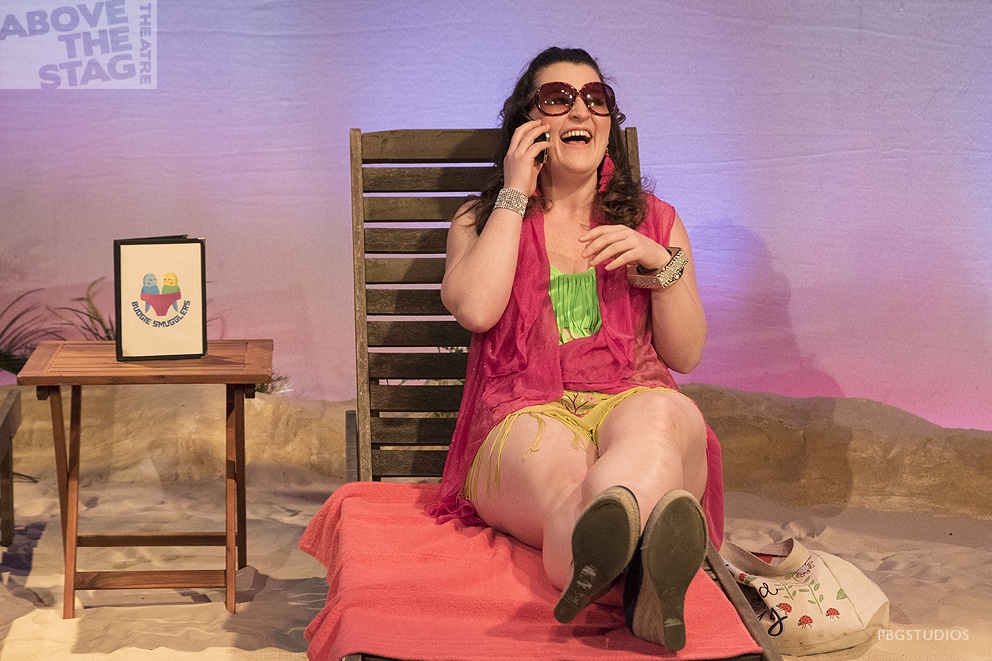 And chat.  It’s alright bitches, as far as it goes, but like the enervating Australian sunshine, it doesn’t provide much energy.  In fact, it rather makes you just want to lie on a lounger, apply much ambre solaire, don shades and hat and drift into a satisfyingly somnolent stupor.  I am sure there are sufficient fans of ATS and this kind of entertainment to fill the rows for the duration of its run, and I am sure that when the theatre moves to larger premises, much in the manner of Fu Manchu, the world will not have heard the last of these Bitches, and their verbals will continue to echo through at least its smaller chamber for some time to come.  There is a market for this kind of show, and this piece adequately meets the needs of that market.  I don’t think it does very much more than that, but no harm done. 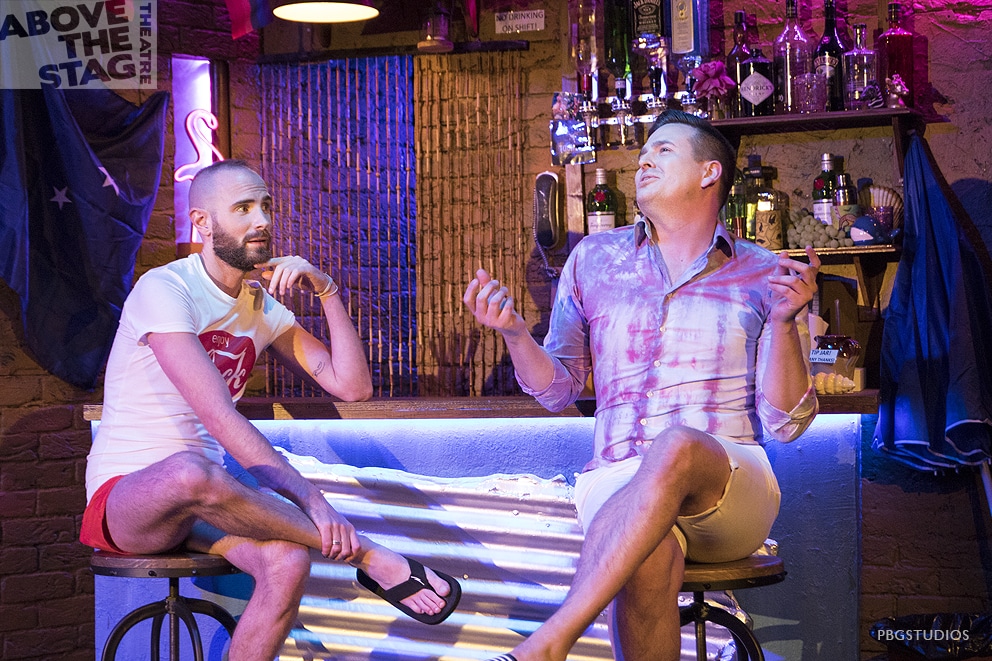 There is a rather handsome set by the director himself.  Indeed, it is so good that it flatters rather than serves its script.  With Ellen Sussams’ elegantly apt costumes, and lit beautifully by Jack Weir, the package is entirely lovely.  With some bright and cheerful sounds thrown in by Andy Hill, the evening goes by happily enough.  However, it is perhaps rather like some holidays you may yourself have passed: when looking back upon them, it is sometimes difficult to recall any significant or memorable moments: they just ‘went by’, leaving almost no trace.  And so it is with this totally functional boulevard comedy.  You won’t regret going, but you probably won’t be able to recall much of the experience.

BOOK TICKETS TO BITCHES DOWN UNDER