Paul T Davies reviews Bitch, Antigone presented by Out Cast Theatre at The Space On The Mile as part of the Edinburgh Fringe 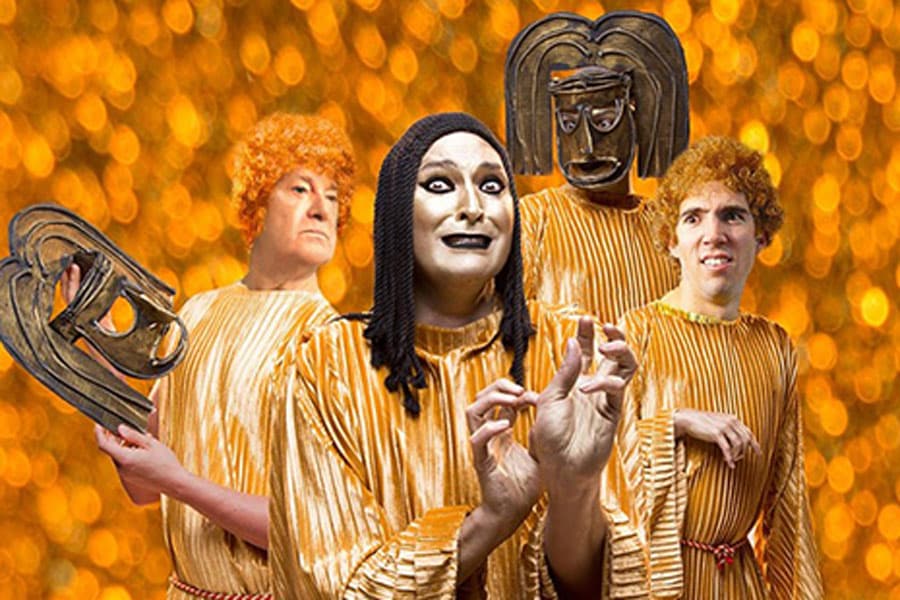 Often at the Fringe you are confronted with the worst of human nature as play after play tackles those deep, hard hitting subjects. And you feel like hitting the crowds that are slow to get out of your way. Well, when it’s time to wipe tears of laughter from your cheeks, catch Out Cast Theatre’s irreverent, filthy send up of Antigone. It’s Carry On Sophocles with a healthy slab of Up Pompeii. If you’re too young to remember that, any drama student forced to study the play will roar with laughter at Steven Dawson’s script.

Dawson himself plays the lead diva, clinging to the role while insisting it’s time to retire. Matthew Roberts and Scott Middleton complete the chorus of temperamental queen’s, and it’s as if Ru Paul has spread his spirit over the competition as they compete for the acting prize. There is no such thing as too over the top here, if you’re looking for subtle, thoughtful drama, that’s what the Traverse is for!

The show is a hoot from beginning to end, with some cheeky lip syncing and every theatrical device has the piss royally ripped out of it. The trio also ad lib well, and the audience have a ball. Greek tragedy has never been so hilarious!