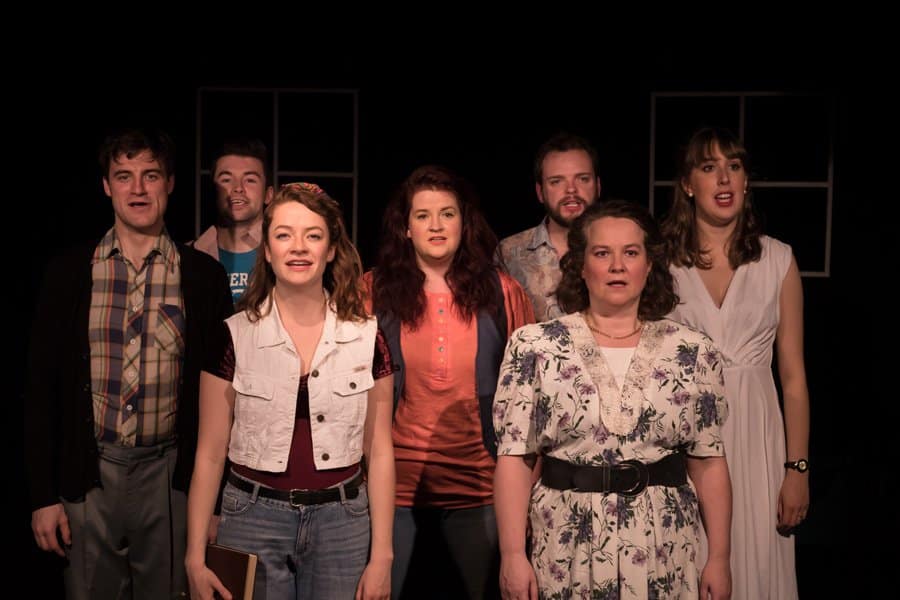 The enterprising firm of MKEC Productions brings us another little-known work in a smartly efficient production, housed in that useful room above a pub in South Kensington, where I have already seen them do a good job with ‘The Baker’s Wife’ and then, most wonderfully, with ‘Lucky Stiff’. Now, we get the UK premiere of a funny story which, although it came and went with barely a notice Off-Broadway all of thirty years ago, now looks increasingly relevant and appropriate for current tastes. So, full marks to Marc Kelly and Elizabeth Chadwick for digging it out of the back catalogue of Shows That Never Made It, and bringing it out for another airing.

We are in the world of ‘ordinary people’, unglamorous and average and often overlooked: they might well be today’s ‘forgotten people’ who have voted for Trump in their droves. They certainly look a lot like the people now walking – and singing and dancing – about Broadway stages in works like ‘Fun Home’, ‘Waitress’, ‘Come From Away’, and more. A group of small-town amateur dramatics enthusiasts in Harbour Island (RI, I think, rather than FL), where a radical innovation is underway with a musical adaptation of that lovely Russian comedy, ‘The Seagull’. If you thought it was ‘interesting’ to see how Schoenberg and Boublil-Natel transformed Victor Hugo, wait till you get a load of what this lot do with Anton Chekov.

All the action plays out in the converted chapel that serves as the little community’s arts centre, and the cast’s personal, private concerns are very much more important here than a commitment to the show. That is, until the arrival of the town’s most famous son, now made very good as a theatrical star, and returning to ‘observe’ a rehearsal, Lawrence Woods (another genial performance by Ashley Knight). He has a little left-over amour going with Marjorie (Victoria Waddington) – who resembles Irina, but finds time to launch – Trigorin-like – into a dalliance with Julia (Lottie Johnson), whose resemblance to Nina is all too plain. As with Chekov, the play-within-the-play is written by Marjorie/Irina’s son, Homer/Konstantin (James Kenneth Haughan), and is comparably terrible – in rather wonderful ways. The second act opener, lifted from Homer’s opus, ‘Penguins Must Sing’, is quite terrifically pleasing. So, too, for that matter, is the deliciously rich choral writing for the first act finale, ‘Imagining You’, which will linger with you for a long time after hearing it. Oli Rew, musical director, has done a fine job with this score, keeping everyone together from his fittingly onstage keyboard. 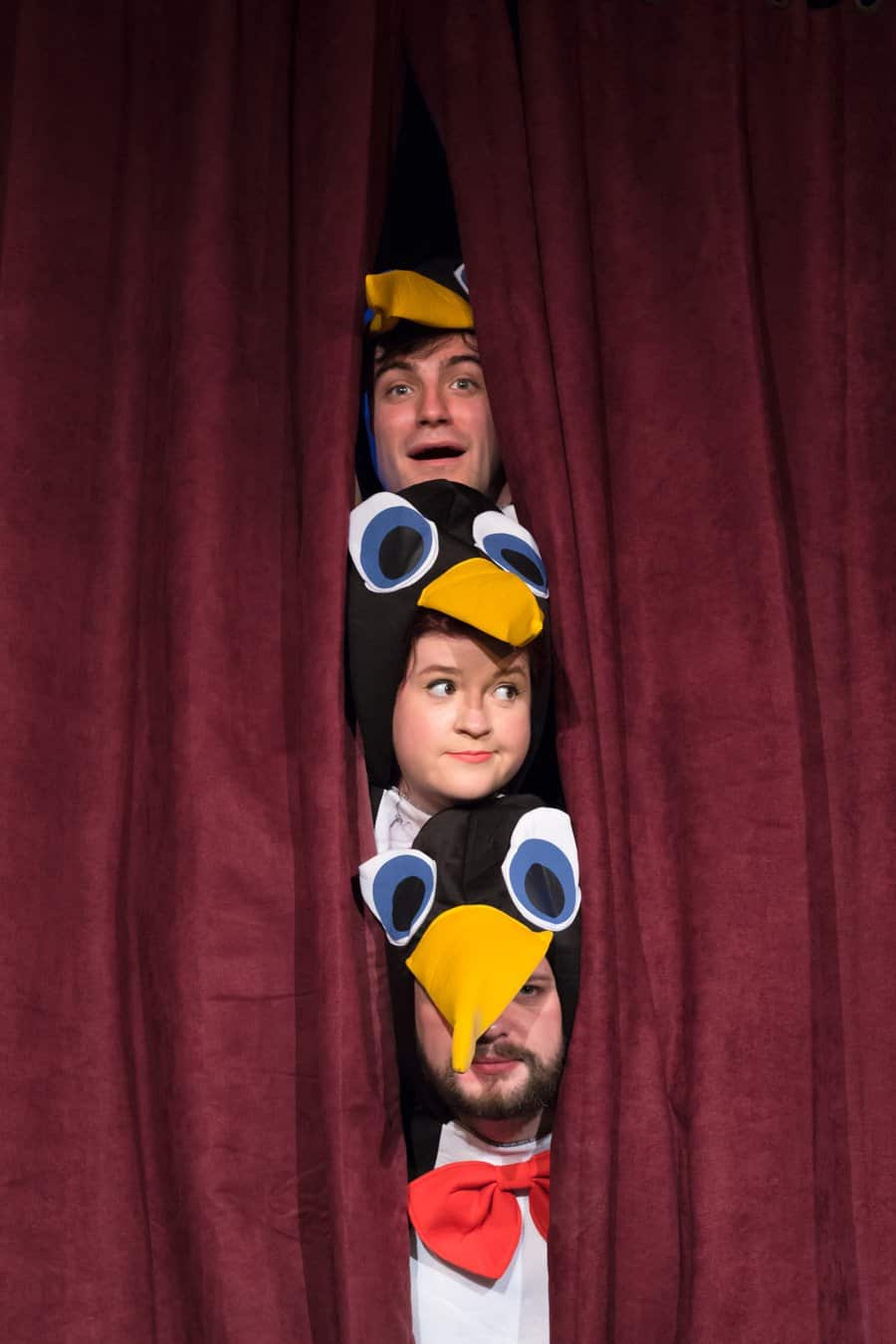 The whole staging, in fact, is done in a sketchy, almost improvisational manner, and this focuses attention directly onto the characters, who all mimic the personages and events of Chekov’s drama in tidily amusing and touching ways. Stuart Scott makes a funny Dave, Elizabeth Chadwick takes on the role of Hope, Stephanie Lyse is Stella, and Ryan Taylor Andy. There is a little movement in the small space afforded the cast of eight, but essentially this is a play with songs. The numbers are well written, tuneful, well characterised and generally economically phrased. The authors of this work (David Evans – book and music – and Winnie Holzman – book and lyrics) went on to write many other things, but it was Holzman who achieved immortality with her collaboration with Stephen Schwartz on ‘Wicked’. Here, there is the sense that they are trying out an ingenious idea, and nearly getting it right.

The problem with Chekov’s dramas is that nothing much happens in them. And, although Woods is drawn further into the mire of ‘Sea Gull: The Musical’, being enveigled into staying to direct it properly, and while Knight puts much energy into his involvement – reminding us not a little of Kirk Douglas’s director in ‘The Bad and the Beautiful’ – there is only so much that can be achieved in this situation. Even the work’s first director, none other than Arthur Laurents, could not make it a success. Constitutionally, Evans and Holzman are so far away from the Moscow Arts Theatre that they just don’t know how to make this live and breathe, still less do they seem to have anything to ‘say’ about it. Or, if they did, then – classic error – they choose not to say it, preferring to force the originality and honesty of Chekov into the cliches and formulae of Broadway musical theatre conventions, perhaps hoping that they will save them. They don’t.
Oh, well, never mind. At least we get to hear all the jokes, and the songs (which are often charming). Worth a visit.

BOOK TICKETS FOR BIRDS OF PARADISE AT DRAYTON ARMS THEATRE