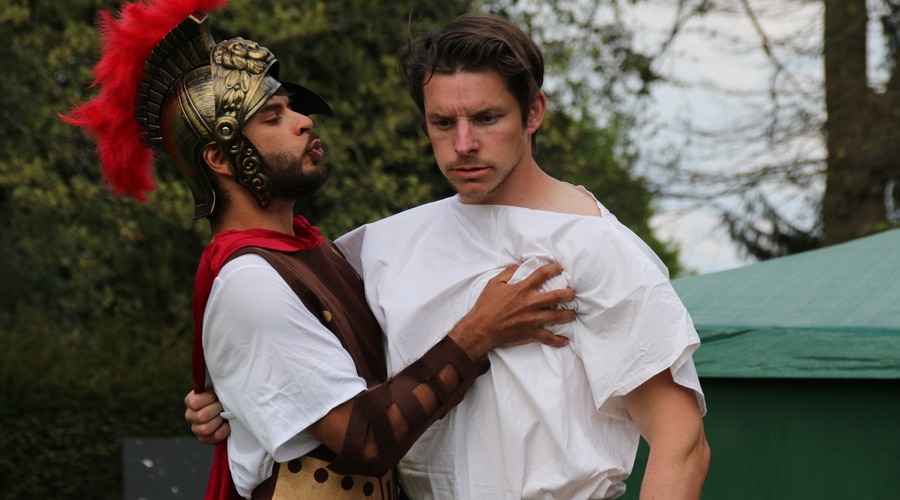 The first production of the first Castle Park Theatre Season is this delight, adapted from the original book by Patrick Barlow. If you’ve seen any of his work, particularly the huge hit The 39 Steps, you’ll know what to expect! If you don’t, then you’ll get four actors playing a multitude of roles, and re-enacting all the scenes familiar from the film- including a sea battle, and, of course, the legendary chariot race! It’s inspired silliness and a perfect antidote to the weariness of the news and the world today. 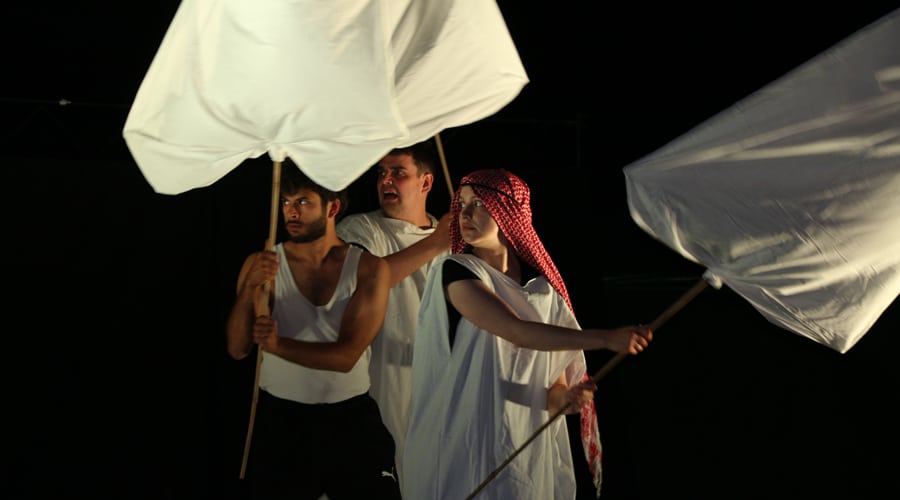 Played as if performed by a very ropey theatre company, the play derives from previous theatrical successes such as the Ferndale Avenue productions, and Noises Off, as tensions in the company increase as the show goes on-and MUST go on! The cast create enough energy to warm any outdoor audience. As Daniel, the egotistical leader of the group, (and as Ben Hur), Ryan Perry is excellent at desperate enthusiasm, and pathos, especially when his dreams start to fall apart! Jennifer Peters plays all the female roles- including off-stage ones, and is hilarious at altering her characters slightly enough to always be on the wrong side of convincing! Ryan Swanscott excels at his roles, especially when he appears as Christ. But the pinnacle of joy is outstanding Joseph Alexander Rawlings, playing all the “older” parts, channeling Mrs. Overall’s rictus smile as disaster befalls, mixing up his lines, and yet being the one who does actually save the show. Utter joy! 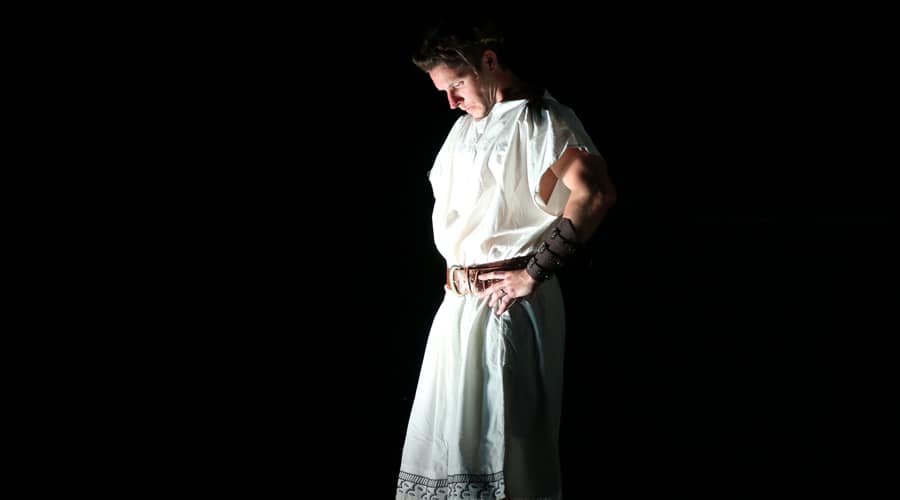 Director Richard Bland keeps the pace going at a high-level throughput, especially when the script relies on a lot of exposition in places, and the inventiveness of the company is top-notch. I won’t give away how they do the chariot race- but they really do! If the rest of the season is as good as this opener, we’re in for a summer of treats!