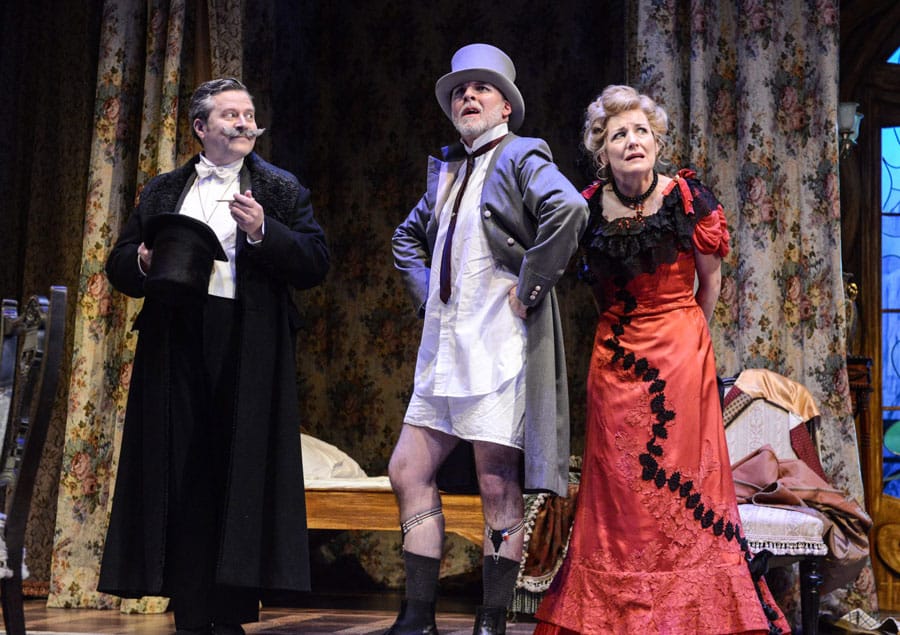 There is no doubt that the Mercury, for its first Made in Colchester production of 2017, scored a major coup in securing John Cleese’s adaptation of Feydeau’s farce Monsieur Chasse. Mr. Cleese has also been wonderfully active in promoting and supporting the show, helping raise the profile further of our much loved regional theatre. Yet, his involvement may have also created a bit of a disservice, raising expectations far too high for what, ultimately, is a poor example of the farce genre. 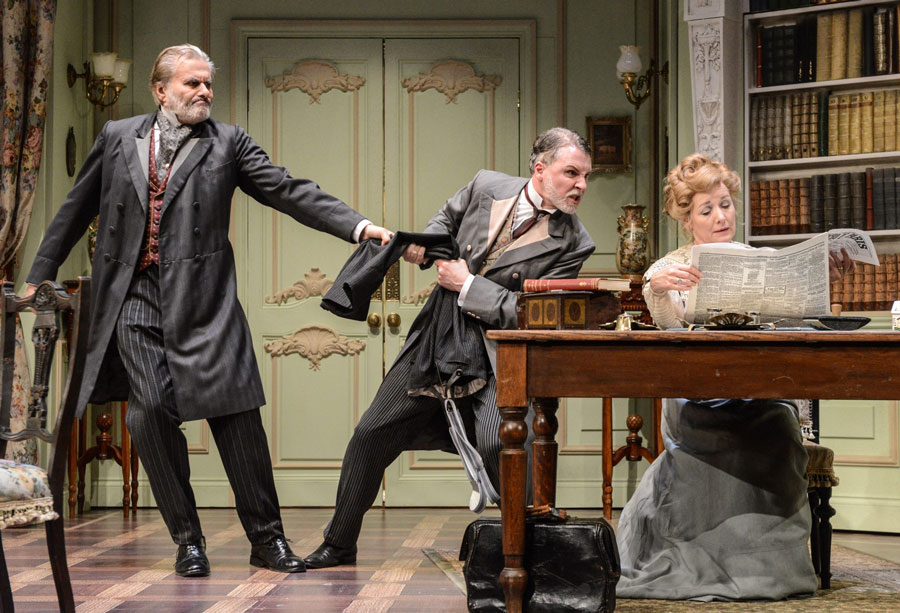 The plot, such as it is, involves extra marital affairs that occur when a husband goes hunting, (for game of the female human variety), and the events that happen when the couples converge on the same Parisian flat for these adulterous activities. There are many things to admire in the production, mainly designer David Shield’s excellent set, a gorgeous recreation of the period, and containing a wonderful reveal during the scene change between Acts One and Two. In fact, the crew are to be congratulated all round for a tight, highly effective production. The cast work their socks off to try and make this play work. Richard Earl is excellent as Dr. Moricet, his desperation to get laid increasing as the play progresses, and his attempts to hide his tracks afterwards are timed perfectly. He is a very Basil Fawlty character, with Caroline Langrishe’s Leontine a Sybil type, and with Oliver Cotton playing a confused Duchotel very well, the central trio work well. There is a delightful turn from Peter Bourke as Cassagne, and the asides to the audience work well- the more ribald they were the bigger the laughs, maybe this was an aspect to be developed further. Best of all is Jess Murphy as the maid Babette, knowingly sharing comments with the audience, and beautifully playing the violin in that inspired Act one/ Act Two scene change. 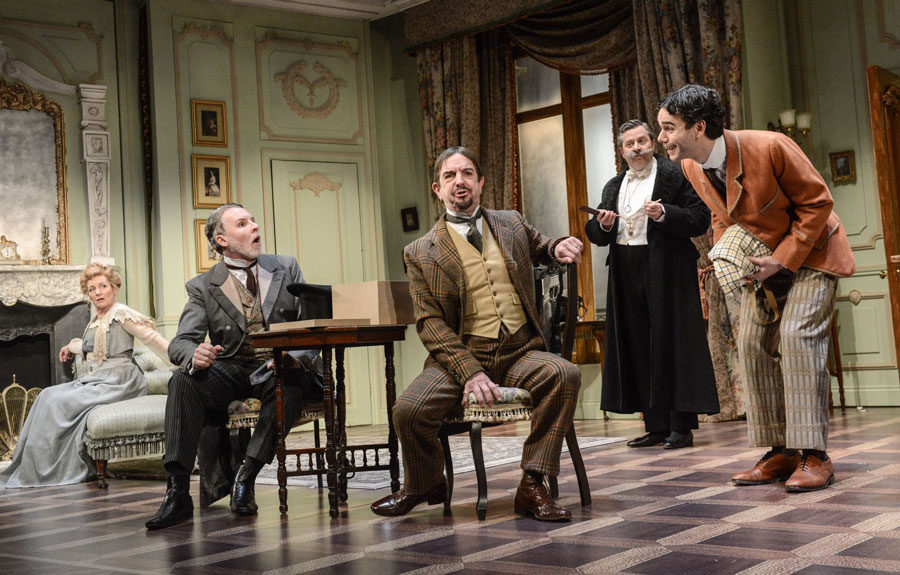 And therein lies the problem. If a scene change is one of the highlights of a show, then the script is in trouble. When I entered the theatre, it was still 2017 outside. Yet I time travelled back to the kind of theatre and farce that littered the stage up to the 1970s. There are acres of exposition. It’s a time when a man accidentally kissing another man is the height of the threat to masculinity. A time when misogyny abounds, both in general attitudes towards women, and specifically when The Countess discloses she had an affair with a lion tamer because, after seeing how he beat his lions, she was keen to discover how he beat women. Really? In 2017? It hasn’t helped this production also that current West End farce mega-hit The Play That Goes Wrong visited this venue just a few weeks ago, underlining further how archaic this type of farce is.