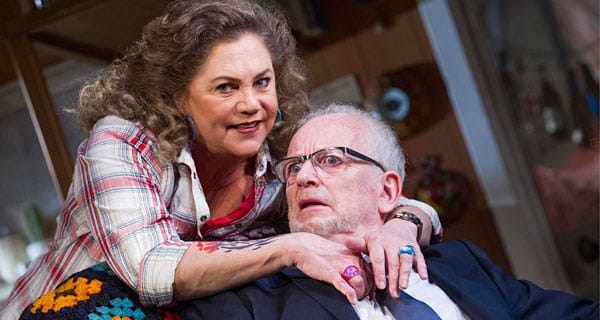 It is, I think, relatively uncontroversial that any given work of art, in any form, can evoke different reactions amongst those who behold it. People look at things differently. Indeed, the only example of art, across any genre, painting, singing, acting, instrumental work, writing, sculpting, dancing, performing, whatever, upon which there is universal agreement seems to be Michelangelo’s exquisite statue of David, a work of art which changes one’s perspective of the world, on life itself.

David aside, these different perspectives keep art in all its forms alive. Detractors can give attention to works that might otherwise go unnoticed. Or they can destroy them.

Many artists never achieved in their own lifetimes the kind of fame and adoration they enjoy posthumously. Partly, perhaps mostly, this is because the experts or critics or leaders of their times did not like, understand or appreciate their work – and said so. And the public acquiesced.

This notion of the power, relevance and effectiveness of expert opinion on artistic matters and the ramifications of such opinion for the matters in question lies at the heart of Stephen Sachs’ Bakersfield Mist which is now playing at the Duchess Theatre, its premiere season in the UK, directed by Polly Teale.

Kathleen Turner plays a near broke unemployed widow, Maude, living in a trailer park somewhere in California who has paid $3 for a painting in a thrift shop. She believes fate sent the painting to her and that it is an undiscovered or lost Jackson Pollock masterpiece.

She pays for Ian McDiarmid’s connoisseur of fine art, Lionel, to inspect her find and acknowledge its provenance. Lionel is a self-important, priggish, supercilious and arrogant creature of the New York art world, famously sacked over his acquisition of a Greek statue he thought arete, but which his Board thought fake and expensive, despite the fact that they still exhibit the statue to paying punters.

Lionel simply can’t countenance that an important Pollock could be in a trailer park in California. He assesses the painting in the examination equivalent of a blink of an eye and pronounces it a fake. But Maude persists, producing some reasonably persuasive prima facie evidence pointing to Pollock’s hand at work. But, having made his cursory expert examination, Lionel will not be swayed.

After some toing and froing between the two, including a fight with an impressive carving knife, a lacklustre attempt at seduction and some soul searching, Lionel flees, the painting consigned to life as a fake, albeit one for which an overseas gazillionaire is willing to pay $2 million.

But Maude won’t sell – she believes in the painting, and, at the play’s close, and the sun starts to set outside, we see something of the light in which she sees her painting.

Are Maude’s reasons for thinking the painting is a real Pollock any more or less persuasive than Lionel’s absolute certainty that his connoisseur’s view is correct? And does it matter? Are the power and the beauty in the work itself or in whomsoever created it? Does the painting become one to which artistic importance attaches not because of what it is or how it affects the beholder but who it is said painted it? Particularly when neither side can be certain beyond reasonable doubt.

These are important and fascinating issues. They lie at the heart of the endless debate about whether or not William Shakespeare wrote all of the plays attributed to him. They matter.

Sachs’ play, however, does not. It’s too long, too ponderous and too self-important. There is, perhaps, 40 minutes of good material here, material which ungarnished with irrelevancy may have made for an interesting theatrical experience.

But Sachs swills buckets of sentimental back-story about Maude and Lionel all over the true meat of the piece, so that the audience is left with the theatrical equivalent of a large pie dish filled with tasteless gravy in which float two tasty meatballs. Americans do have an endless capacity for vocal self-examination and self-justification, but it is neither necessary nor productive for that penchant to be indulged by either Maude or Lionel or at least as exponentially and all-consumingly as happens here.

As the first meatball, Kathleen Turner’s Maude is a mouthful, delicious, spicy, something to be savoured, rough but hand crafted with prime ingredients. Like a cross between Beatrice Arthur (another famous Maude) and Roseanne Barr, with a soupçon of Val Lehman’s Bea Smith, Turner’s vital, fruity Maude is a joy to watch. She attacks her role with sauce and relish and her Maude is memorable and real. Her rough gravelly voice is perfect for the spitting and swearing a la Maude and her sense of feral physicality utterly perfect. The inquiring mind is there always, fatigued by the despair and detritus of her life, but capable of surprise – such as in the fingerprint Poirot moment and the bravura conclusion of the wrestle with the carving knife.

As meatball number two, Ian McDiarmid is not fare of the same quality or consistency; slightly broken, badly put together, (you know he is a meatball because he keeps telling you he is) and because there are titbits of real flesh to the character. But the overall effect is overdone and tasteless. McDiarmid can be startlingly good in the right role but this is not it. He “acts” far too much and there is never any sense that Lionel is real or consistent. Partly it’s the writing, but mostly it’s the performance.

There is a photograph in the programme of McDiarmid in rehearsal and the look on his face is one of bemused incomprehension fused to startled indignation. The caption would be “WTF?” And that pretty much sums up his portrayal. It’s not all bad, it’s just sweet and sour. McDiarmid’s speech about the glory of Pollock and the manner of his working is wonderful, as is his remarkable recalling of the discovery of the Greek statue and the concept of arête. But other speeches about his own life and inadequacies belong in soap opera and don’t gel with his better work.

As chief cook, Polly Teale needs to go back to the kitchen. The ingredients are good, but the menu needs trimming. Cut Sachs overblown play and something of real value might emerge.

Mind you, the presentation is outstanding: Tom Piper’s design is precise and grim, firmly creating Maude’s trashy trailer life and circumstances. And Oliver Fenwick’s lighting is delightful in the critical final scene.

But its Turner’s turn and worthwhile for that.