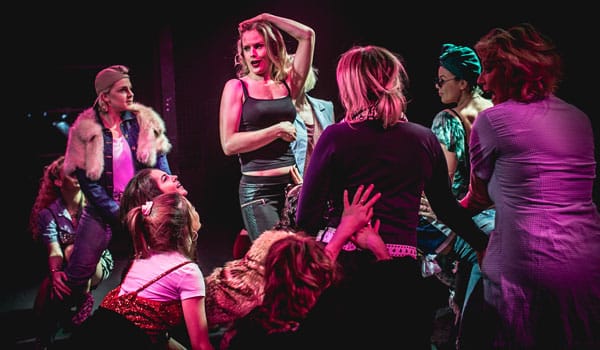 Based on the ITV prison drama series, Bad Girls the musical, proved a real eye-opener at the Union Theatre last night.

Not knowing the musical I went in expecting a camp night at the theatre, but what I got was a show full of memorable characters with some great music and real heart.

Bad Girls is your basic prisoners versus the prison system drama. With the prisoners being the likeable rogues in the most part. I won’t put any huge spoilers in the review, but Bad Girls does get a bit bleak in spots, but it’s a tribute to the formidable writing team, that they know how to balance out the drama and provide some comic moments that provide a compelling narrative throughout.

The opening number I Shouldn’t Be Here packs a punch, introducing the main inmates. It gave fans of the tv show a chance to re-identify with beloved characters and fans on the night quickly made it clear which characters had been their favourites. Director Will Keith has assembled a dynamic ensemble for this production which is played out in traverse at the Union. Some of the scene changes are slightly lengthy due to venue constraint but all in all this is a fairly well paced production. Jess Phillips’ low hanging wire mesh ceiling, the in house structural columns that are usually a hindrance at the venue, and the gloomy black and greaty colour scheme work well to transform the Union into the interior of G Wing.

Sinead Long plays Shell Dockley, young, brazen and self appointed top-dog of G Wing. Shell is quick to establish her dominance. Long gives a solid performance as Dockley, managing the delicate balance of bringing out the dominance of her character but still managing to work and blend with the larger ensemble. Her number 2, Denny Blood is played by Imelda Warren-Green. With an unhappy childhood and wanting to be loved, she makes her way through the system as best she can. Warren-Green manages to bring out the humanity of this character. It would be easy to play Deny as the hapless follower but there’s real depth in this performance. 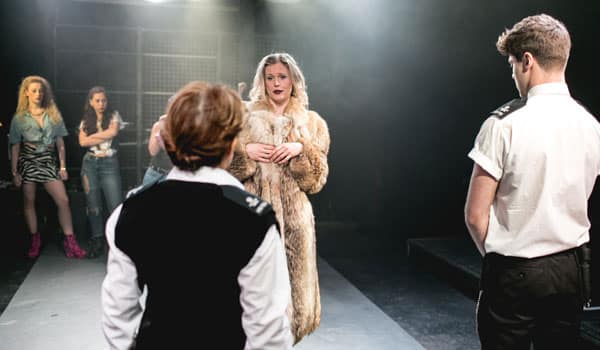 Christine Holman plays Yvonne Atkins, married to a feared mobster on the outside, she is quick to challenge Dockley’s position in G Wing. Holman brings larger than life sensibility from this character but also quickly establishes the softer side of the character. Holman’s onstage bravado perfectly suits this character – a great performance.

Jayne Ashley and Catherine Diges play Julie and Julie. A great double act, they deliver heartfelt performances. Ashley’s delivery of Sorry was nothing short of perfect. This wonderful moment of realisation with her son at the end of a telephone was as packed full of emotion as you could possibly hope for.

Celli O’Connor plays Nikki Wade, cop killer who manages to fall foul of the system. She finally gets her break thanks to Governor Helen Stewart played by Tori Hargreaves. There’s a great contrast in these two performances, culminating in the beautifully written Every Night. 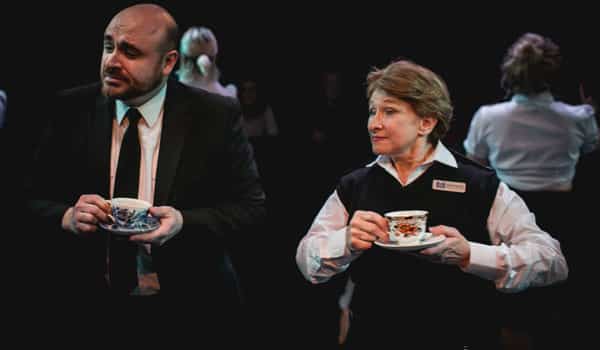 Perry Meadowcroft’s nervous flight from the more mature ladies on the wing All Banged Up is a comic delight and makes for a wonderful break from the more serious principal plot.

The Bad Girl’s ensemble are just perfect, and the delivery of The Future is Bright in Act Two dressed as some of the sauciest prison officers around is a highlight. 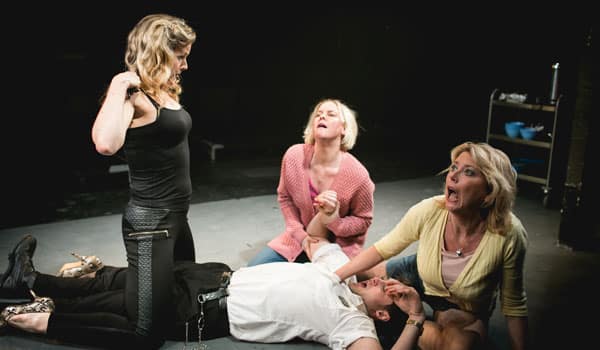 Maureen Chadwick and Ann McManus, who created the ITV series, have returned to their characters to create the book for the musical version of Bad Girls, with Kath Gotts writing the music and lyrics. It’s a solid book, which is always a tricky part of creating any new musical.

This framework has allowed Kath Gotts to deliver a score that is packed with wonderful moments that really allow this cast to shine, including Jailcraft, All Banged Up, Life Of Grime and This Is My Life. The creative balance of humour, drama and innuendo is spot on here.

Take a night out before the 2nd April and get down to the Union to enjoy this wonderful British musical. 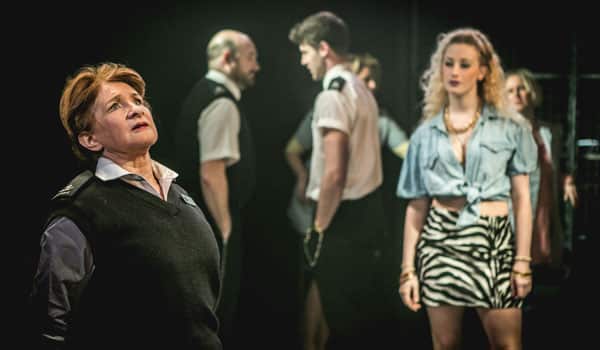 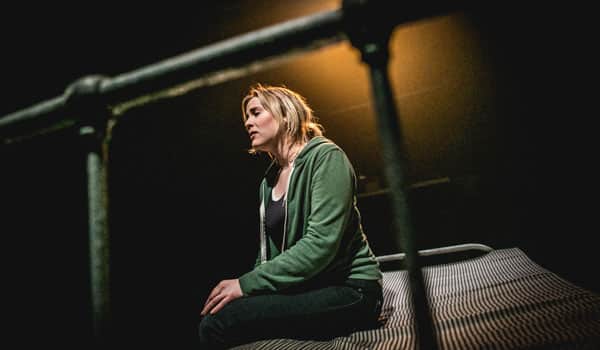 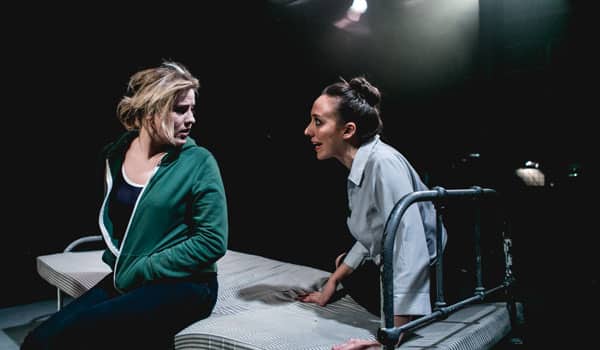 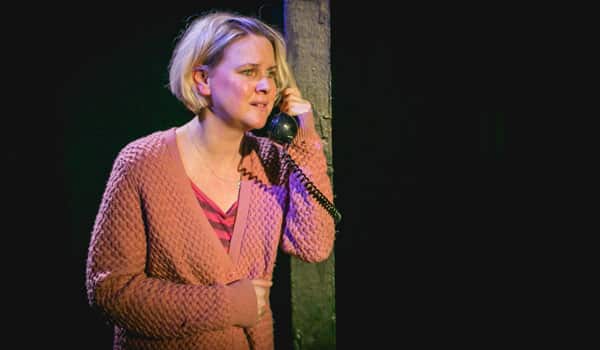 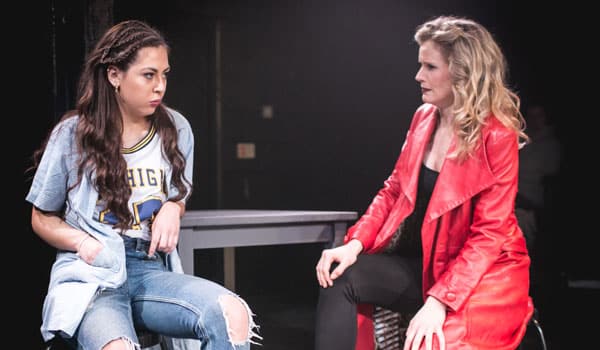 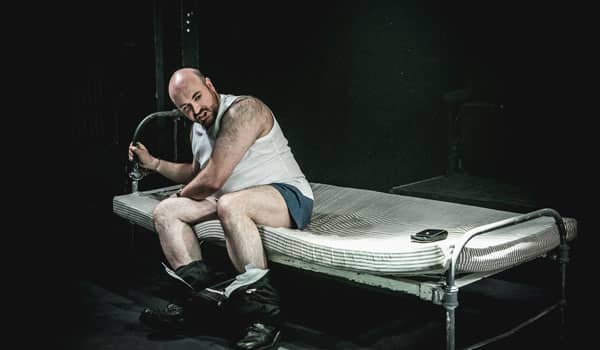