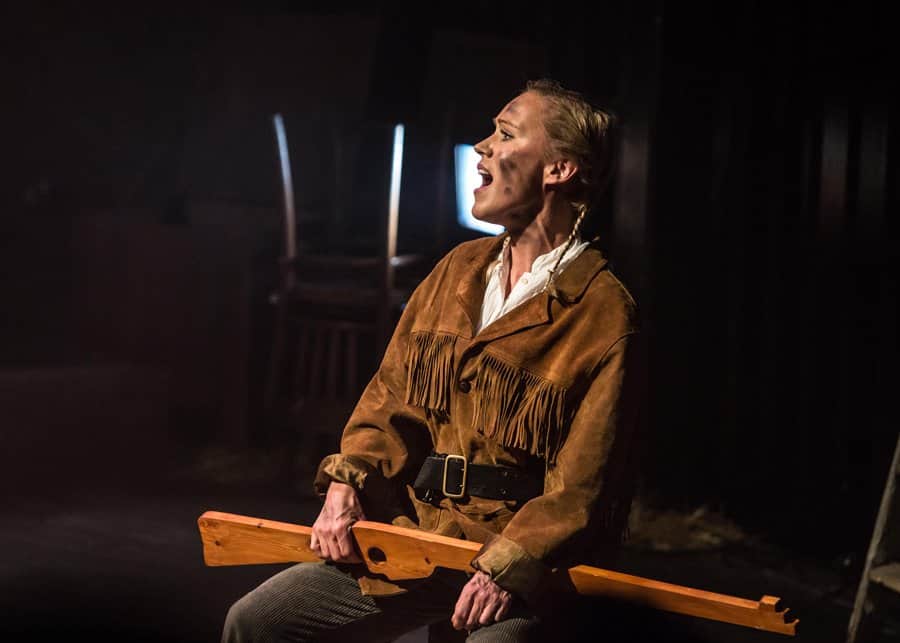 Some of the greatest names in musical theatre have made their mark as the sharp-shooting Annie Oakley in classic musical Annie Get Your Gun. Ethel Merman, Betty Hutton, Mary Martin, Debbie Reynolds and Bernadette Peters are among the many stars to play the role that requires smart comedy acting as well as a fine voice. The latest in this list is up-and-coming new star Gemma Maclean who shines in the new production of Annie Get Your Gun at The Union Theatre. She is both vocally sublime and endearingly funny as Annie, whether belting out Irving Berlin’s showstoppers or softly bringing out the sentiment of a ballad. 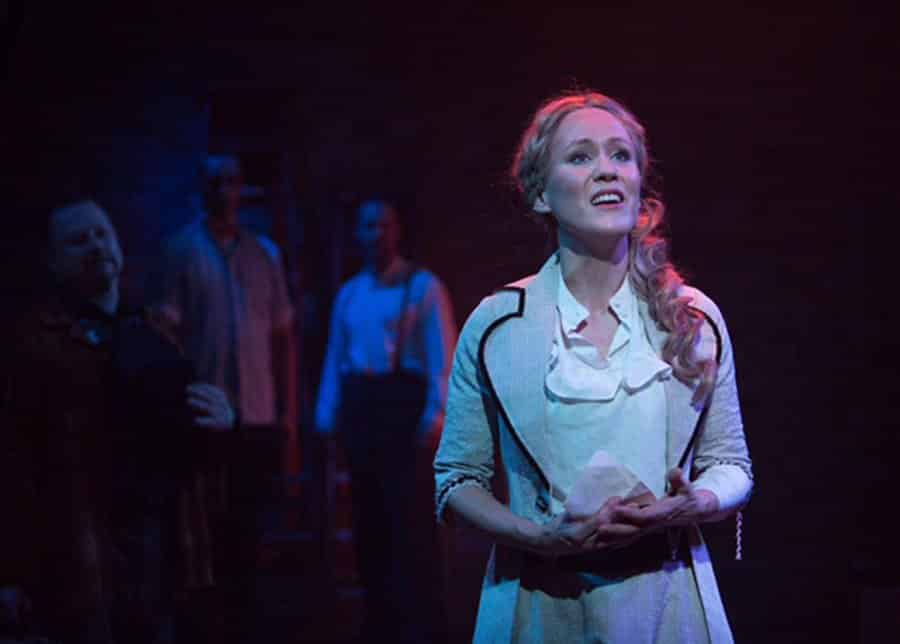 She is part of a strong cast who work well together to tell the story of Annie’s romance with shooting star Frank Butler against the backdrop of touring Wild West shows of the late 19th century. Directed by Kirk Jameson, it uses the 1999 version by Peter Stone which turned Dorothy and Frank Fields’ original book into a show within a show performed by the characters sometime after the story’s conclusion. This version also tackles the awkward portrayal of American Indians in the first production in 1946, dropping songs such as “I’m an Indian Too” and making Chief Sitting Bull less of a stereotype. Some of the gender politics may not stand up to close scrutiny but that’s not what you look out for when wrapped in the simple joys of an Irving Berlin musical. 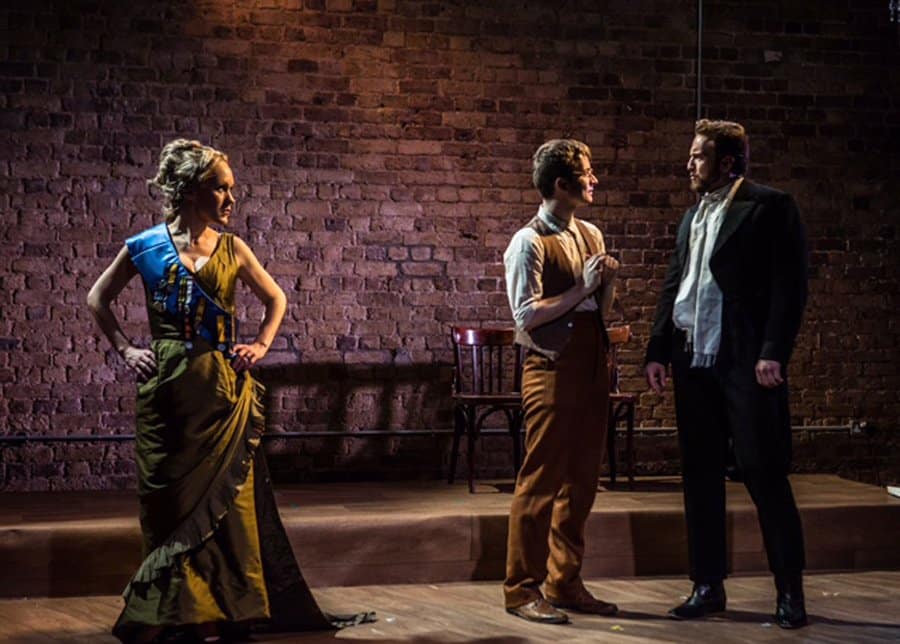 Despite a few axed minor numbers, we still have plenty of great songs to keep us entertained, from “There’s No Business Like Show Business” which opens the show to the final duet, “Anything You Can Do”. In between, you have “Doin’ What Comes Natur’lly”, “The Girl That I Marry”, “You Can’t Get a Man With a Gun”, “Moonshine Lullaby”, “They Say It’s Wonderful”, “I Got Lost In His Arms” and “I Got the Sun in the Morning”. Georgia Conlan and Dominic Harbison as Winnie Tate and Tommy Keeler are particularly charming in the perky “Who Do You Love? I Hope” while Lala Barlow is sharply funny as Winnie’s scheming sister Dolly. Mark Pollard and Aneurin Pascoe are good sparring partners as show producers Buffalo Bill and Pawnee Bill while Dafydd Lansley is simperingly comic as show manager Charlie Davenport. Blair Robertson is ruggedly charismatic as Frank Butler, a perfect foil to Gemma Maclean’s Annie.

The production’s momentum occasionally misses a beat but you hardly notice thanks to its overall energy and pace, including choreography by Ste Clough, and the rich musical direction by Alex Bellamy. As the song goes, everything about it is appealing and you can’t help leaving with “that happy feeling”.

BOOK TICKETS FOR ANNIE GET YOUR GUN AT UNION THEATRE