Julian Eaves reviews Kander and Ebb’s musical review And The World Goes Round at the Stockwell Playhouse. 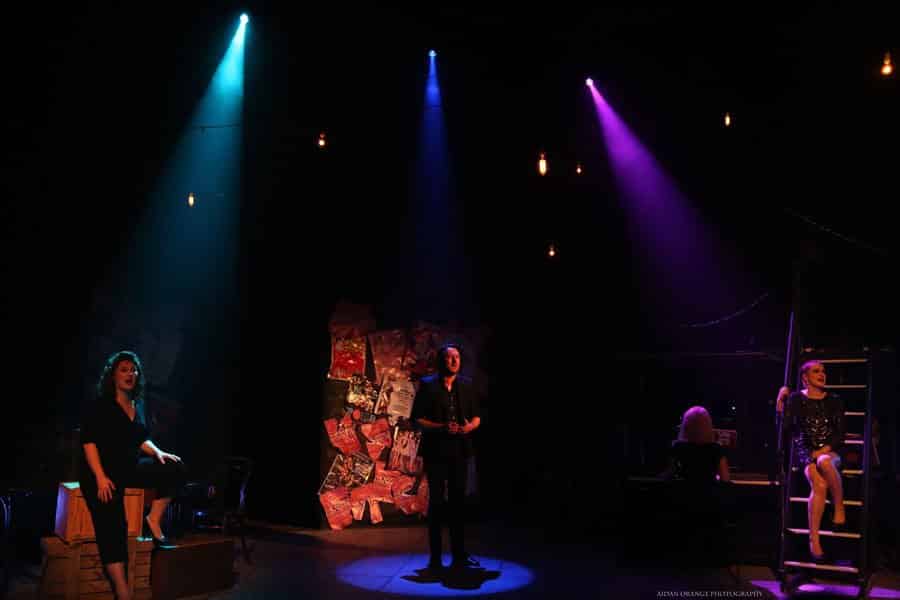 And The World Goes Round
Stockwell Playhouse
29th March 2018

Before disappearing abroad recently for an Easter vacation, I was lucky enough to call in at this interesting and beautiful space in the Wandsworth Road to see a smart and sassy revival of John Kander and Fred Ebb’s own re-working of selections of their songs, here presented until the canny gaze of producer-director-choreographer Stuart Saint, in a co-production with the theatre’s Mark Magill.  And am I ever glad I did.  In a run of a just a handful of shows, and with the briefest of rehearsal schedules, his crack team of promising newcomers Daniel Hall and Georgina Nicholas, combined with the inestimable seasoned skills of cabaret greats, Suzanna Kempner, Katy Baker and Paul Harwood (also known as Paul Nicholas Dyke) gave a magnificent rendering of this wonderfully ingenious and glamorous re-packaging of some very well known, and some much less well known songs.  We also got some occasional little bits of dialogue – partly their own – to stitch it all together in Scott Ellis, Susan Stroman and David Thompson’s original conception. 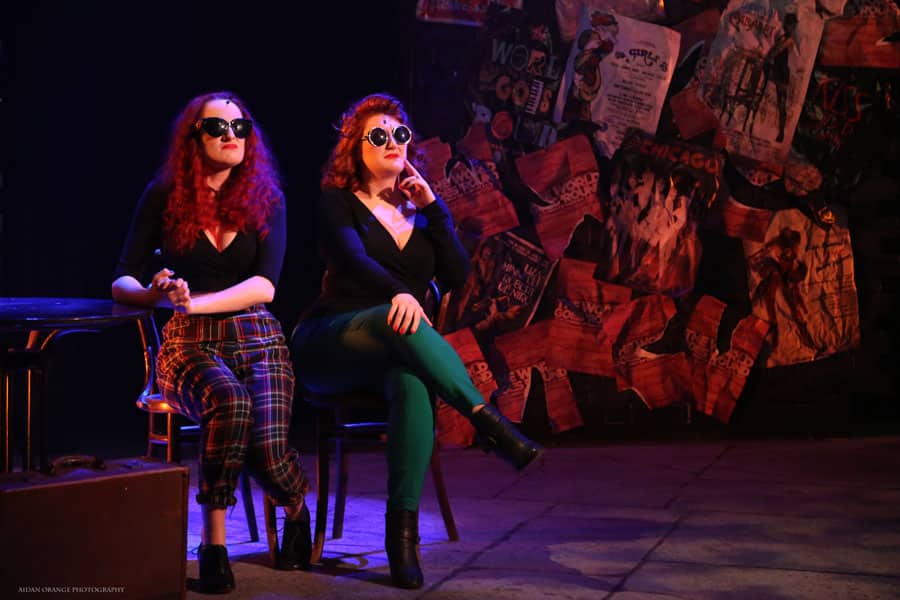 Revue is all about chemistry – mainly between the performers – and tone – mainly regarding the choice of content.  Here, the show scored heavily on both counts.  Saint prides himself on picking winners, and this batch of lovelies was extremely well chosen to create maximum levels of musical harmony and theatrical interest.  He also succeeded in dressing the stage with aplomb, appositely evoking the urban press of Manhattan – which seems to be the only terrain, regardless of specified background, that Kander and Ebb songs can properly inhabit.  And with Carol Arnopp leading the brassy and full-throated band of Peter Mooney (bass), Megan Landeg (drums and percussion), Robert Greenwood (reeds) and James Mayhew (brass), we got the massive, big sound you need to sock it out to the back of the next tenement and the one beyond that. 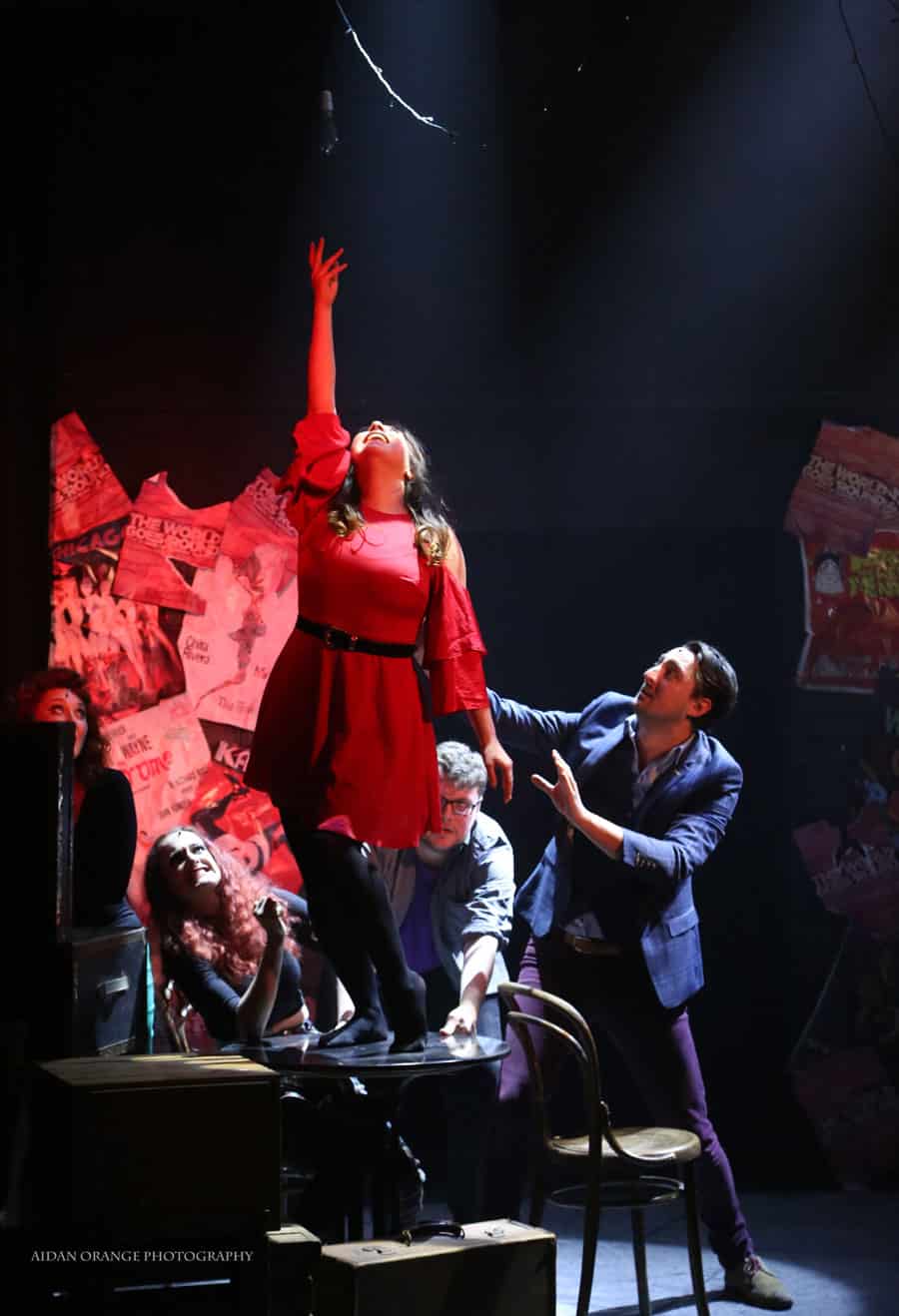 The show really clicked into gear properly a handful of songs in with Baker’s unearthly ‘Colored Lights’ – a timely reminder that the ‘other’ borough playhouse, the one in Southwark, will soon be presenting the whole of ‘The Rink’, from which it hails.  The culminating ‘switching on’ of the titular spectro-chromic illuminations at the end of the number was a neat touch, and characteristic of the many snazzy juxtapositions and transitions that were to ensue.  Kander and Ebb are writers for whom the word ‘segue’ was surely coined.  The merging from one moment to another here was suave to say the least.  Like, in the incredible trios of numbers taken from different shows, and then piled one on top of each other, in a positively – and doubtless self-consciously – Sondheimesque manner.  The show manages to make us hear unfamiliar material as if it were an old friend, and to make the most standard of their songbook wares suddenly sound fresh and startling.  The understated, close-harmony ensemble version of the title song from ‘Cabaret’ was a case in point: divinely unexpected and now all about the people who are serving up this… cabaret.  Clever, and also true.  Wonderful qualities, and central to the whole point of this revue. 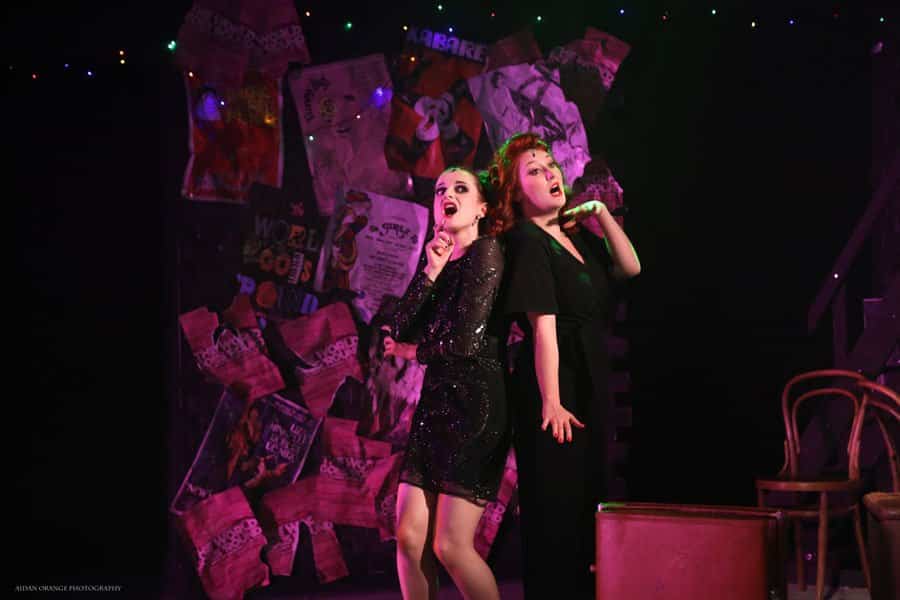 Comedy also flourished here.  Baker and Kempner, in particular, really knew how to work the crowd with their cutely presented ‘Class’ and then the knowingly re-loaded ‘The Grass Is Always Greener’, showing us that for all the wittily crafted lyrics and devastatingly simple but effective tunes, the rep here is ultimately all about the ‘people’ behind the songs, and their relationships.  And the laughs could also be broader, more dynamic, as in ‘Arthur in the Afternoon’, using rapid movement around the stage in a disorientating counterpoint to the illicit love story of the number.

For sheer beauty of utterance, what on earth, though, can beat ‘My Coloring Book’, a song of such Joni Mitchell-like artlessness that it hardly seems possible it can come from the same world as ‘Money Makes The World Go Around’, and Kempner sang it with apparently effortless control in the same way that the gang got together to bash out the brashest of the big numbers from the movie of their now probably second best known stage works.

Oddly, when it first appeared in the West End, ‘Chicago’ was a short-lived wonder.  It closed after a few months, and the entire production was sold, for the princely sum of £500, to an amateur group in Leeds, who promptly revived it for a further three weeks – an exceptionally long run for an amateur group – and where I saw it every week that run, incredulous that such a perfect show could possibly not have found its place in the centre of British entertainment.  It would, I felt sure, come back, and I went about for years telling as much to anyone who would listen.  Eventually, of course, it did, and in magnificent triumph.  The spirit of the times had finally caught up with the artistic vision and the warped sensibility of the authors and now we cannot get enough of them.  Having been off on its wanders, it’s back again in WC2.  And a whole bunch of other shows are waiting their turn.

What is the secret?  If only one could simply explain.  I think it’s suggested by the extremes these writers encompass, from the sincere heroics of young hope to the deranged despair of Hall’s staggering ‘Mr Cellophane’ (complete with Mr Bojangles-style horror-lighting), from the earthy yearning of Kempner’s ‘Maybe This Time’ to the exotica of Harwood’s ‘Kiss Of The Spider Woman’.  And more.  And more.  This is a show that makes you not only want to hear more of these performers – and, please, let us! – but also directs right back to where all the stuff came from and delve into the creative genius of two of the very greatest of Broadways legends: Kander and Ebb.  Terrific.

VIEW OTHER SHOWS AT STOCKWELL PLAYHOUSE