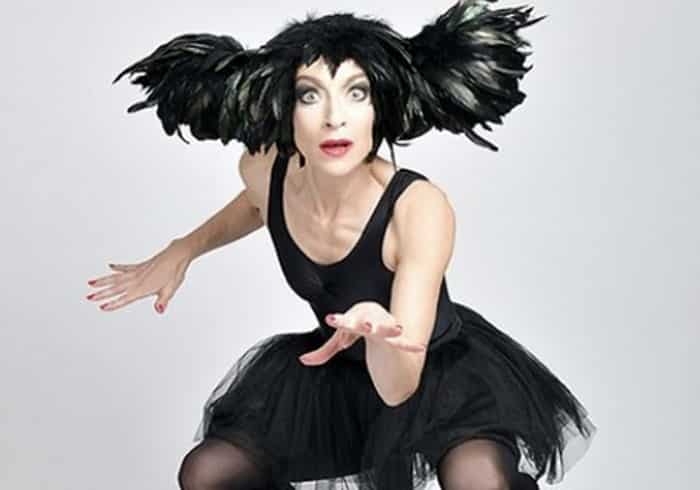 I grew up listening to Kate Bush. I know some of the lyrics to Wuthering Heights and The Man With the Child in His Eyes. But I can’t pretend to be a fan like many of the people in the audience at Sarah-Louise Young’s show An Evening Without Kate Bush. They know every note, every word, every costume. This show is a must for her fans but it still has plenty to delight amateur admirers like myself.

If I’m a fan of anyone, it would be Young herself. Her phenomenal voice and talent have created brilliant shows in the past, from her parodic characters inspired by Edith Piaf and Liza Minnelli in Cabaret Whore to her homage to Julie Andrews in Julie Madly Deeply. While her latest show is officially without Kate Bush, Young’s skills uncannily bring the singer’s voice and look to the stage (aided by a wonderful array of wigs and costumes). There are familiar crowd-pleasers such as Don’t Give Up, Cloudbusting and The Hounds of Love, where the audience joyfully joins in to howl like dogs, as well as songs I was less familiar with. A highlight is her new take on Babooshka inspired by a woman who pointed out that Bush mispronounces the Russian word of the title.

The show is a celebration of the singer and her fans but does not hold back from poking gentle fun at Bush’s style and story. Directed and co-written by Russell Lucas, it is funny and warm-hearted, with a momentum that never lets up. For die-hard fans, there are plenty of opportunities to sing along and even come up on stage. For all of us, it is a delightful hour of cabaret in the hands of a consummate performer.