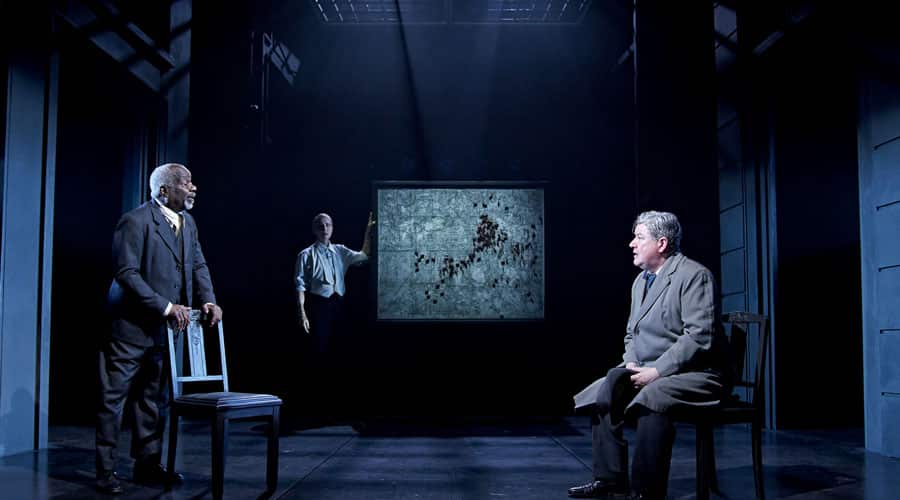 Originally written just after World War Two, Hans Fallada’s novel Jeder Stirbt für Sich Allein (Each Man Dies Alone) became a global bestseller after being published in English in 2009. After a film adaptation starring Emma Thompson and Brendan Gleeson, it has now come to the stage in a solid adaptation by translator Alistair Beaton which strips it back to its core human story, exploring the power of resistance in the face of oppression. Based on real events, it follows Otto and Anna Quangel, a couple who decide to take action against Hitler’s regime after their son is killed in the war. Their quietly heroic tactic is to leave hand-written postcards around Berlin with anti-Nazi messages, leading to a chaotic cat-and-mouse investigation by the authorities led by police detective Escherich. The broad sweep of the book, stretching across Berlin and peopled by a variety of characters, is pared back to the Quangels’ story but we still glimpse the persecution of Jews through the off-stage treatment of their neighbour, Frau Rosenthal. However, Jonathan Fensom’s design, with lighting by Charles Balfour and video from Nina Dunn, inventively opens up the stage to create a nightmarish vision where there are few chinks of light in the darkness. 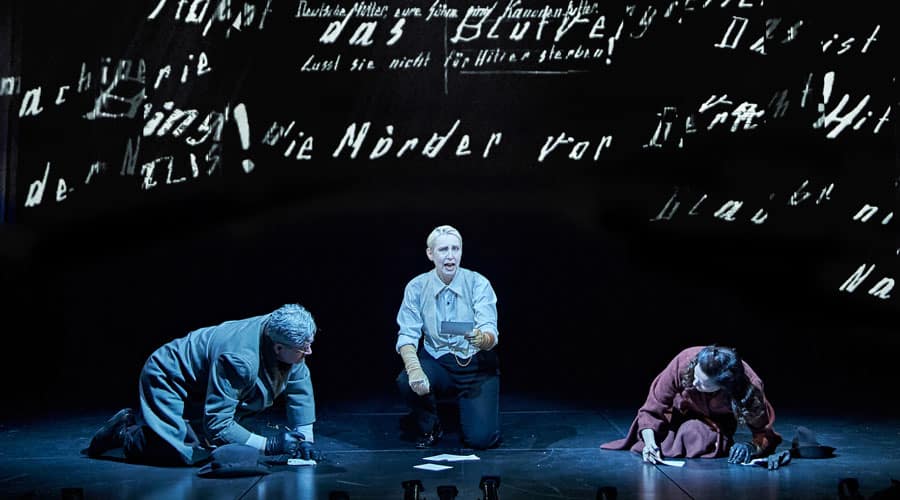 As well as refocusing attention on how ordinary Germans lived under the Nazi terror, the stage adaptation of Alone in Berlin compels us to question what we would do in our lives when faced with a populist totalitarian government or, indeed, any kind of social injustice. Despite being drawn from a 1947 German novel, it is impossible not to draw modern parallels with a time where ordinary people, faced with poverty and hunger, are untroubled by lying politicians whose “promises are rarely kept”. 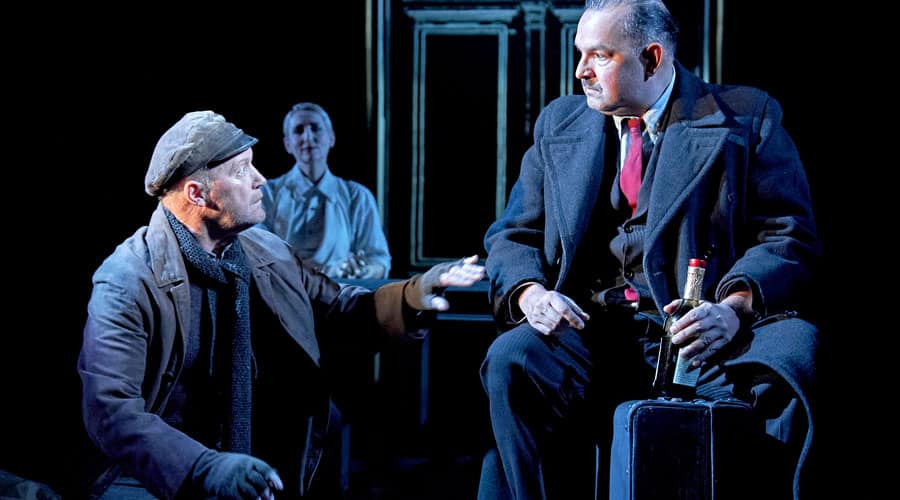 Beaton is behind translations of Bertolt Brecht, including The Resistible Rise of Arturo Ui at Chichester’s Festival Theatre and London’s Duchess Theatre, and the German playwright’s influence is clear. Set in the early 1940s, when Brecht was in exile from his native Germany, Alone in Berlin is told through a theatrical framework of a singing narrator – Berlin’s golden statue, Goldelse at the top of the Victory Column, come to life. Performed strikingly by Jessica Walker, she comments on and elucidates the action in a way that was common to Brecht’s dramaturgy, with Beaton’s songs, scored by composer Orlando Gough, in a style recalling the music of Brecht’s comrade, Kurt Weill. However, while Brecht argued that social injustice was “resistible”, Alone in Berlin demonstrates the complex challenges for individuals trying to resist an oppressive regime that has tentacles in every part of society. 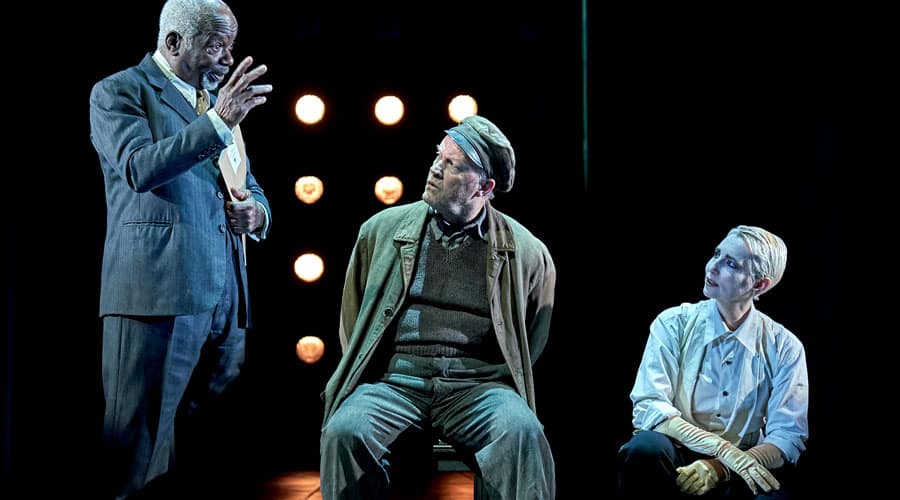 Denis Conway and Charlotte Emmerson are suitably restrained and likeable as unsung heroes Otto and Anna, while Abiola Ogunbiyi captures the innocent idealism of their son’s fiancé, Trudi. Julius D’Silva and Clive Mendus bring to thuggish life the Nazi-supporting criminals Borkhausen and Kluge but the full horror of the Nazis is powerfully distilled in Jay Taylor’s sadistic SS officer Prall. The highlight is a finely nuanced performance by Joseph Marcell as inspector Escherich who finds himself questioning his passive compliance when faced with the Quangels’ actions. He provides some of the few sparks that ignite this grim tale which, like the design, has few moments of lightness or humour to punctuate the gloom. Brecht was famous for wanting to stop spectators from engaging too much with his stories so they could remain objective. This is certainly the effect in this earnest stage adaptation, directed by James Dacre. Although the threats to the Quangels are a matter of life and death, it lacks the tension and excitement that might be expected of a story of heroism, resistance and injustice. However, with its creative staging and some strong performances, it remains an effective adaptation with lots to like.

Running at Royal and Derngate, Northampton, to 29 February 2020 and then at York Theatre Royal from 3 to 21 March and Oxford Playhouse from 24 to 28 March.

Please click here to continue to the Royal & Derngate, Northampton  >>>

Please click here to continue to the York Theatre Royal  >>>

Otherwise, please click here to continue to the Oxford Playhouse  >>>

Please click here to continue to the Oxford Playhouse  >>>