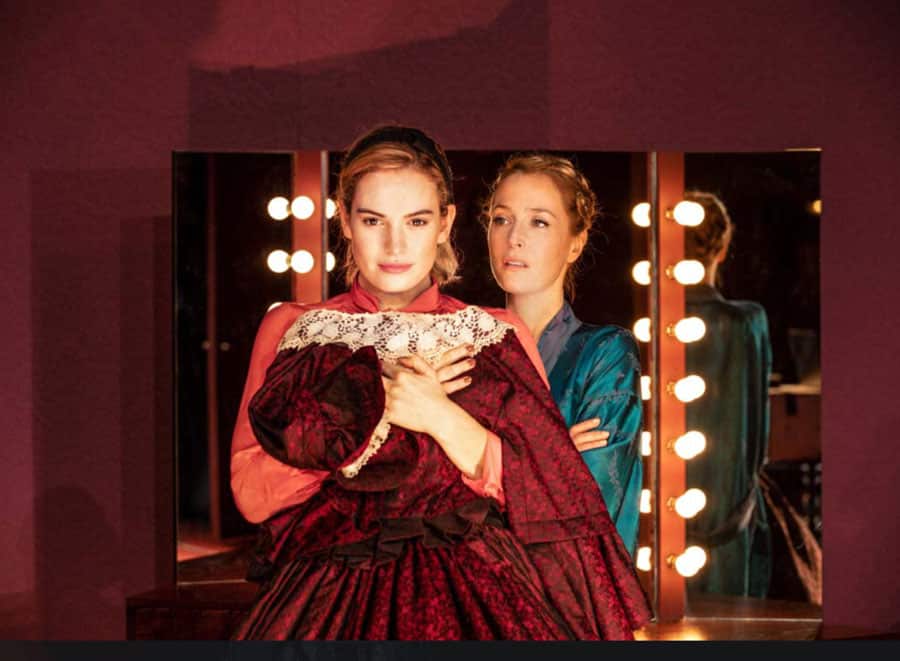 It is nearly 70 years since All About Eve secured its place in the list of all-time great movies after winning six awards at the Oscars including best picture. The world of media and entertainment may have evolved but the nature of celebrity and its objectification of women remain as topical as ever, not least with the long-overdue challenge to male power through the #MeToo movement. Ivo van Hove’s new stage adaptation of the film may not update the action from the 1950 original but it offers a darker vision informed by these more contemporary concerns. 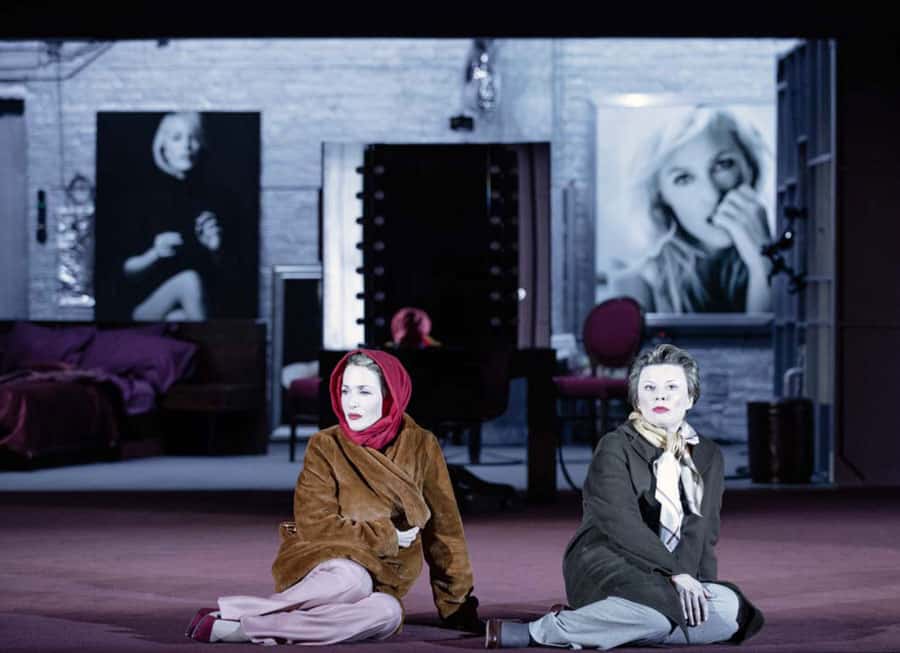 Much of Joseph L Mankiewicz’s original script – one of the Oscar winners – has been retained, packed with sharp insights and satirical wit about the world of theatre. It charts the irresistible rise of Eve Harrington, an apparently guileless young woman who insinuates herself into the life of a celebrated stage actress, Margo Channing, during a Broadway run. As Eve rises from devoted number-one fan to tireless assistant, it starts to emerge that she may not simply be an admirer but want more – and will do anything to achieve it. Fans of the film (like myself) will recognise much of the sparkling dialogue but, in his adaptation, van Hove takes the story on a subtly darker turn. He dials up 50-year-old Margo’s anxiety about ageing, driven by the preponderance of roles for women in their 30s and her insecurity about dating the show’s director, Bill Sampson, who is eight years her junior. Van Hove also adds an extra level of unsettling tension to the final scenes which threatens to take the story on a more violent, bloodier turn than the 1950 film. 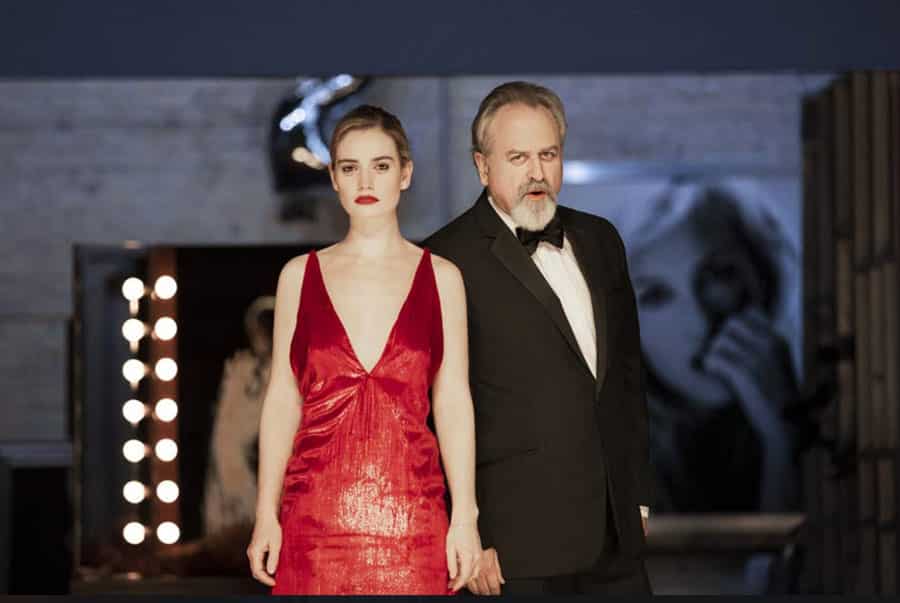 With designer Jan Versweyveld, Van Hove makes full use of the space, including opening up the backstage, to create the glittering world that revolves around Margo and her dressing room. The back walls shimmer with silver paint and tin foil, broken up by glamorous portraits, inspired by the decor of Andy Warhol’s 1960s Factory – another place of industrial creativity. Scenes regularly take place on the edge or even off stage, streamed through a live high-definition video feed onto the top half of the stage and screens above. The breadth of this staging creates a distance that often disengages you from the characters but this serves to highlight the more intense moments that have a movie-like intimacy in contrast to the public space of the dressing room.

Cool and collected in public, Margo suffers harrowing meltdowns in private, brilliantly portrayed by Gillian Anderson who succeeds in dispelling all memories of Bette Davis’s celebrated performance. Like the talented but ambitious Eve, Lily James is “a revelation” in the eponymous role, believable as both an innocent ingenue as well as a single-minded manipulator. As part of a strong cast including Rhashan Stone as playwright Lloyd Richards, Sheila Reid as dresser Birdie and Julian Ovenden as Bill, Monica Dolan stands out as Margo’s friend and confidante Karen Richards, brilliantly capturing her agony and horror as she too becomes a victim of Eve’s charm. As critic Addison DeWitt, Stanley Townsend recalls the urbanity of George Sanders’ Oscar-winning performance but adds a more sinister, more dangerous layer that chillingly taps into what we now know about male power in the world of entertainment. With PJ Harvey’s ominous background music adding further tension, All About Eve may have dimmed some of the pleasures of the classic film but it has cleverly extracted more of its pain.

BOOK TICKETS FOR ALL ABOUT EVE