Hope Mill Theatre has confirmed that their eagerly awaited production of Jonathan Larson’s Rent will open in October with social distancing. 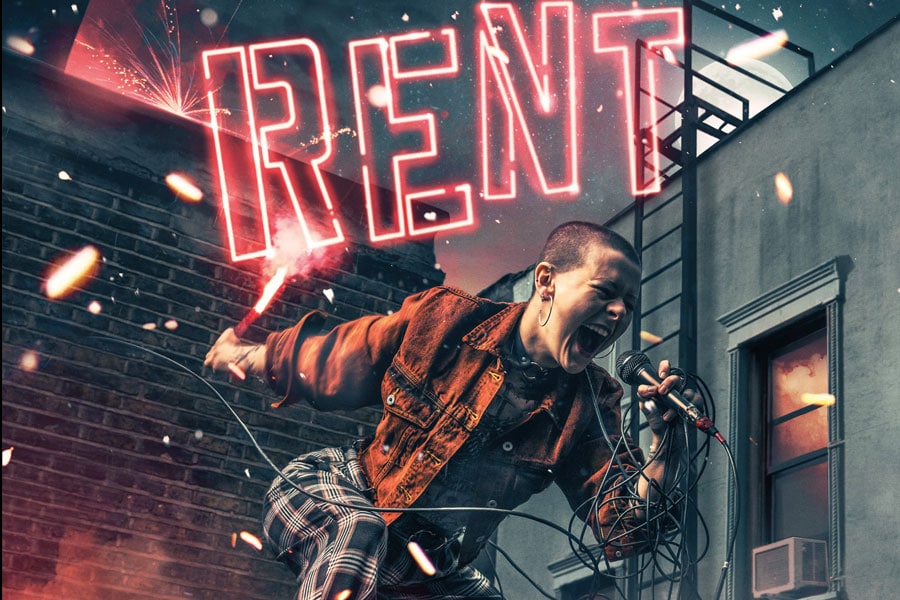 Hope Mill Theatre has announced its hotly-anticipated revival of classic rock musical Rent will run to socially distanced audiences this autumn – with the 12-strong cast forming a ‘bubble’ for the duration of the show’s run in Manchester from 30 October to 6 December 2020.

Rent, directed by Luke Sheppard, was due to play at the venue in July, but the run was postponed due to the Covid-19 pandemic.

The venue has been working hard and keeping updated with new guidance being released regarding inside performances and after much careful consideration are excited to announce the production is scheduled to go ahead as planned.

Hope Mill Theatre will be operating with strict covid guidelines in place in line with the Government guidance for the performing arts.

This will include operating at 50% capacity per show with audience rows spaced 2 metres apart and a transparent safety screen separating bookings.

The venue will be clearly signposted with essential information and will put in place hand sanitising stations, extra toilets for patrons, staggered arrival times and temperature checks on arrival.

The theatre space will be fully sanitised before each performance and audiences will be asked to wear face coverings during the show or visors for those who are exempt.

In line with current guidelines the venue will not allow groups of more than 6 people per booking from different households and will be collecting audience details to comply with the NHS Test & Trace scheme.

All customers who have already booked for RENT have been contacted regarding their bookings with new information on any changes.

With some performances already sold out and many close to selling out the venue is urging audiences not delay and grab a ticket whilst they can.

Performers will be placed in one ‘bubble’ for the duration of the run in Manchester and receive covid testing.

William Whelton, Executive Director of Hope Mill Theatre, said: “The past few months have been a whirlwind of highs and lows for our venue. We have worked so hard to make RENT possible along with the support of the wider creative team, the cast and our own venue staff.

“We stated previously that we would not proceed with the production if we couldn’t do it in a safe and secure way for everyone involved including our audiences. After a lot of investment in equipment and working alongside a health and safety officer we are more than confident that we can deliver not only an incredible production but one that is COVID-secure and enjoyable for everyone involved.

“We want nothing more than to have our doors open once more and welcome back our loyal and supportive audiences, as well as supporting the industry that we love so much at a time that they need us the most. After all we must Measure in Love.”

Rent is a rock musical with music, lyrics, and book by Jonathan Larson and is loosely based on Puccini’s opera La Bohème. It tells the story of a group of impoverished young artists living, loving and working in Manhattan’s East Village, under the shadow of HIV/AIDS.

The show premiered off-Broadway in 1996 before moving to Broadway later the same year. The show has been staged all over the world, including in the West End in 1998 and in 2005 was released as a motion picture. It features hit songs such as Rent, Without You, La Vie La Bohème and the iconic Seasons of Love.