Olivier Award-winning actress Rebeca Trehearn is to star in a new version of the Stephen Schwartz musical Rags at Hope Mill Theatre, Manchester. 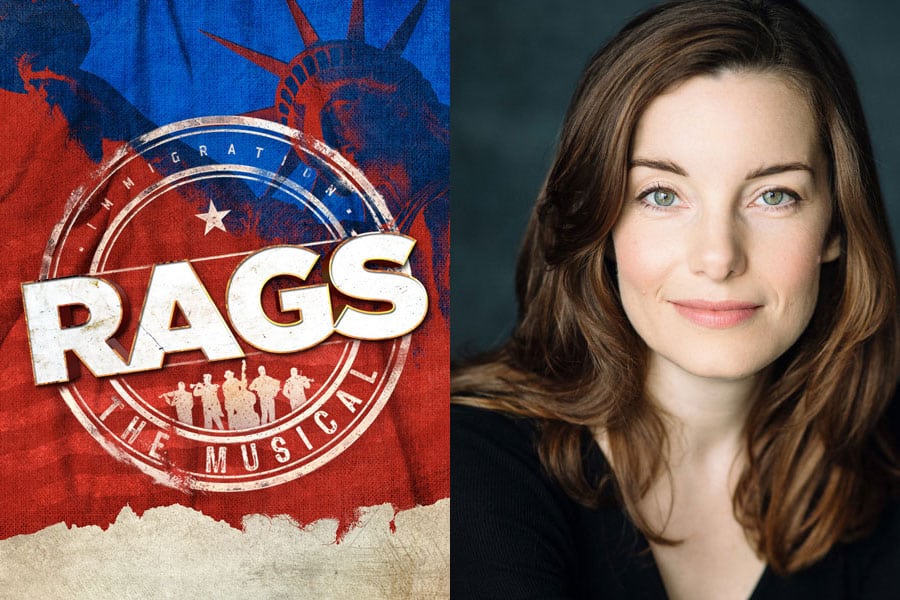 Rags is a heart-warming and powerful musical with book by Joseph Stein (Fiddler on the Roof), lyrics by Stephen Schwartz (Wicked) and music by Charles Strouse (Annie), which tells the story of Russian immigrant Rebecca, who, with her son David, travels to America in search of a better life. Rebecca must decide what matters more to her – staying true to her roots or adopting a new cultural identity in an attempt to ‘fit in’.

Rebecca Trehearn most recently played Charity in Sweet Charity (Nottingham Playhouse) and Julie LaVerne in Showboat (Sheffield Crucible and West End), for which she won the 2017 Olivier Award for Best Supporting Actress in a Musical. Her other notable credits include Oolie/Donna in City of Angels(Donmar Warehouse) opposite Katherine Kelly and Samantha Barks, Molly in Ghost (UK tour, cover Molly at Piccadilly Theatre), Fantine in Les Misérables(Pimlico Opera), 1st cover Killer Queen and Meat in We Will Rock You (Dominion Theatre), Marcy in Dogfight and Charlotte Goetze in Diary of a Teenage Girl (Southwark Playhouse).

Rags will be directed by Bronagh Lagan with musical direction and new orchestrations by Nick Barstow, choreography by Grant Murphy, set design by Gregor Donnelly, costume design by Maggie Harwood, lighting design by Derek Anderson, sound design by James Nicholson and casting by Jane Deitch. Rags is produced by Katy Lipson for Aria Entertainment, Hope Mill Theatre in association with Knockhardy Productions and is presented by arrangement with MTI Europe.