As Britain prepares to leave the EU, theatre-makers in the UK are looking to maintain links with the rest of Europe. Last night, London-based theatre company Cut the Cord revealed the line-up of the New Nordics Festival which will showcase a selection of plays from Denmark, Sweden, Norway, Finland, Iceland and the Faroe Islands at The Yard Theatre in east London in March 2020.

To foster collaboration, six UK-based directors have been chosen to work with the writers to bring the plays to life, working with UK casts. “The festival was born out of a wish to bridge the gap between theatre cultures in different countries, between the UK and the Nordic region,” says Camilla Gürtler, director of Cut the Cord and festival director. “For most of these writers, it’s the first time they have been produced in the UK and for the directors, it’s the first time they’re working on a Nordic play. The festival is about skills exchange and growing an international network and link between the UK and Nordic artists.”

The festival will run from 18 to 21 March, with just one performance of each of the six plays, either as a full production or a staged reading. The hope is that they will be picked up for further development and longer runs in the future as well as helping UK-based theatre makers to learn from the Nordic countries. “We think it’s time to shine some light on contemporary new Nordic theatre with some of the up-and-coming talent from the UK,” Camilla adds.

With a mix of emerging and high-profile writers, highlights include The Woman Who Turned Into a Tree by Lisa Langseth, who is an established Swedish playwright, screenwriter and film director, and No Planet B by Vivian Nielsen, a Danish actor, director and writer whose play Brandes! won a prize in Denmark’s prestigious Reumert theatre awards. It also includes Refuge by Icelandic playwright Matthías Tryggvi Haraldsson, whose music career saw him perform as part of Hatari in last year’s Eurovision Song Contest, and Garage by Mika Myllyaho, a Finnish actor and director who heads the Finnish National Theatre. The other two plays are Searching For Being by the Faroe Islands’ Katarina G Nolsøe and Counting to Zero by Norway’s Kristofer Grønskag. See below for more details.

The festival has been developed with a long list of organisations including Arts Council England and the cultural teams from each of the six embassies representing the countries in the Nordic Council. Launching the programme at the H Club in Covent Garden last night, Danish ambassador Lars Thuesen said: “This festival comes at a historic moment where the UK is leaving the EU and is going to explore new directions. We in the Nordic countries still look to the UK as a close partner and friend and projects like this are here to encourage our emerging and exciting artists to cross borders and meet each other in creative exploration. Projects like New Nordics Festival are a chance to share our hopes, our fears, our shared humanity and learn from each other.”

He pointed out that the new festival comes at a time when Britons are already enjoying Nordic television and art. “The Nordic region is rich with artistic output and over the last couple of years the work of Nordic artists has captured British and international audiences, Nordic film and TV like The Killing and The Bridge, Nordic design and food, and the much-embraced concept of hygge.”

An important aspect of the initiative is getting the six UK-based directors involved in theatre practice in the countries where each writer comes from. Jack Nurse, Anna Himali Howard, Janisè Sadik, Lucie Dawkins, Roberta Zuric and Ellie Chadwick will travel round each country to meet writers and theatre makers to exchange ideas. The six playwrights are also due to visit London during the festival to take part in Q&A sessions after each performance. On the last day, there will also be public workshops on Nordic theatre and drama in translation.

With less than three weeks before Brexit begins, Lars hopes that the festival inspires further co-operation.  “Art and culture have always been at the forefront of empathy, innovation and new perspectives and so we hope to strengthen these bonds in the times to come.”

Tickets are now on sale for the shows on The Yard Theatre’s website. Productions are fully staged unless listed as a staged reading. 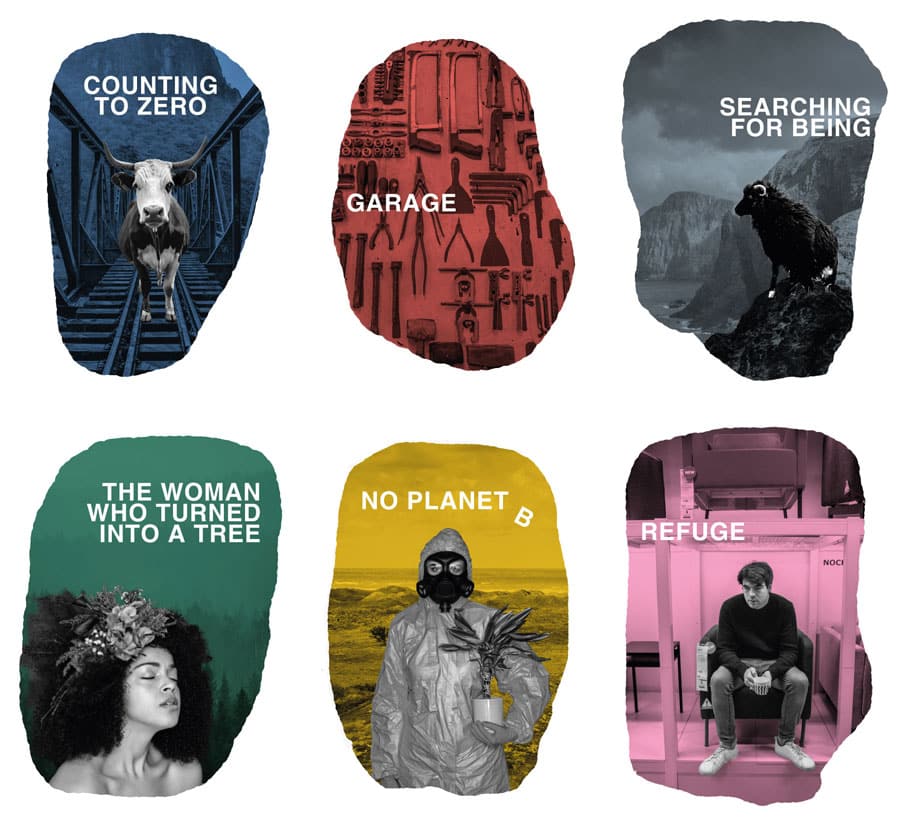 Refuge by Matthías Tryggvi Haraldsson (Iceland). Directed by Jack Nurse and designed by Cara Evans. IKEA employee Laurence prepares to give a presentation to new recruits. But behind the scenes, he is experiencing an emotional crisis after a brutal breakup and the death of his mother, and IKEA becomes his only safe haven. Locking himself in the store overnight, Laurence’s reflections turn to guilt, environmentalism, mortality, spiders, and the imaginary security guard that appears from nowhere. Refuge is a one-man play about loneliness and Western angst, mass-produced furniture, and much more.

Searching for Being by Katarina G. Nolsøe (Faroe Islands). A staged reading directed by Janisè Sadik. A nightmare of a fairy-tale, Searching for Being embodies a woman’s struggle with depression through a series of vivid poems. We join her on a journey through the dark, examining a universal issue many of us face on a daily basis. Exploring the musical and poetical tradition of the Faroe Islands, it is based on real events and features live music.

The Woman Who Turned into a Tree by Lisa Langseth (Sweden). Directed by Anna Himali Howard and designed by Cara Evans. In the absence of anything meaningful in her life, Daphne worships her own appearance and social status, defining herself through class, money and men. But Daphne is forced to move out of her box-sized city-centre room and relocate to a cheaper alternative in the not-so-cool suburbs. Her new flat has a fir tree by the window – that begins to talk to her. This one-woman play explores the destructive obsession with other people’s opinions, materialism, loneliness and class.

Garage by Mika Myllyaho (Finland). Directed by Lucie Dawkins and designed by Niall McKeever. An ex-headteacher and a garage owner start their own YouTube channel in an attempt to save the garage from bankruptcy. What begins with the two men offering advice on how to fix tools, cars and parts soon becomes riddled with controversial and unedited reflections on society and class, which draws a much bigger online audience than anticipated. Garage is a dark comedy full of heart, exploring how two very different people can sustain a friendship.

Counting to Zero by Kristofer Grønskag (Norway). A staged reading directed by Ellie Chadwick. This “figurative bomb” begins with scene 10 and counts down to zero. A stalker. Train tracks. The untimely death of a cow. How are they linked? A group of young people search for something that really means something, search for something that demands a risk – something real and valuable. They all want to be seen by someone. But by who? And why does it really matter? Counting to Zero is an exciting and funny mosaic of events, examining the need to be seen in today’s world.

No Planet B by Vivian Nielsen (Denmark). Directed by Roberta Zuric and designed by Niall McKeever. Two women lead a performance lecture on climate change to brazenly inform and remind us of the current situation of our planet. Listing the facts and statistics concerning exactly what is happening to our planet, they try to find a solution here and now. But as the information becomes more and more overwhelming, and the solutions seem further and further away, the two women spiral into absurdity in search of a plan(net) B. This is a dark comedy about the state of the climate crisis and where we as individuals fit into it all.