Pinter At The Pinter – a unique season featuring all twenty short plays written by Harold Pinter, the greatest British playwright of the 20th Century has been announced for the Harolder Pinter Theatre from September 2018. 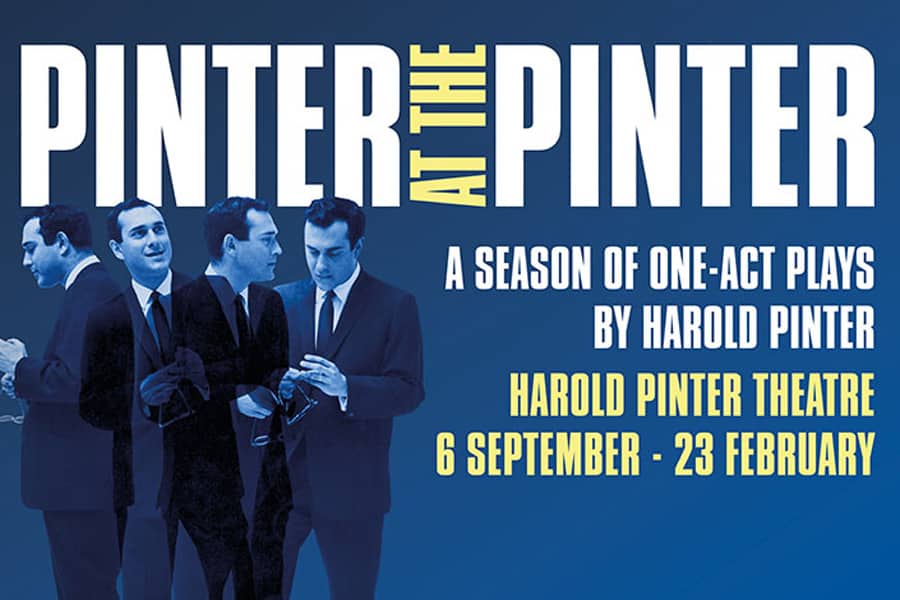 Pinter at the Pinter is to be presented by The Jamie Lloyd Company, Ambassador Theatre Group, Benjamin Lowy Productions, Gavin Kalin Productions and Glass Half Full Productions. The entire season will presented at the Harold Pinter Theatre.

Pinter at the Pinter will be directed by Jamie Lloyd, Patrick Marber, Lyndsey Turner, Ed Stambollouian and Lia Williams. The season celebrates the tenth anniversary of the Nobel Prize winner’s death.

Jamie Lloyd, the season’s Artistic Director said “On the tenth anniversary of Harold Pinter’s death, it feels very important to acknowledge his impact on our cultural and political lives. I am particularly excited to be introducing a huge body of Harold’s work – by turns dangerous, weird, riotously funny, beautifully lyrical and explosively political – to our young, diverse audience.

On the tenth anniversary of Harold Pinter’s death, it feels very important to acknowledge his impact on our cultural and political lives. I am particularly excited to be introducing a huge body of Harold’s work – by turns dangerous, weird, riotously funny, beautifully lyrical and explosively political – to our young, diverse audience.”

PINTER AT THE PINTER SEASON 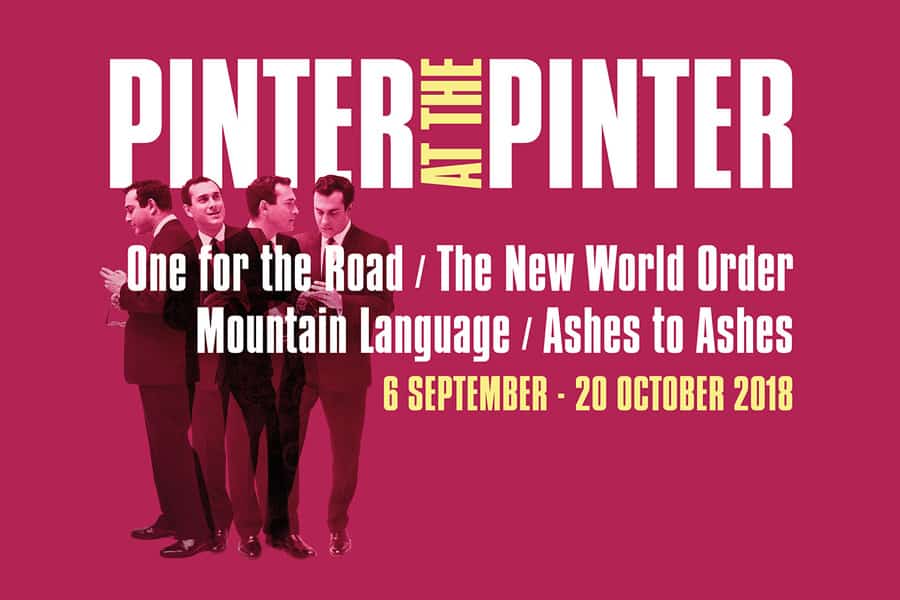 Opening the Pinter at the Pinter season is a dynamic collection of Harold Pinter’s most potent and dangerous political plays.

The incendiary One for The Road is Pinter at his most terrifying. A ruthless government official interrogates a dissident and his family, but is the torturer more tortured than his victims?  The New World Order explores how the abuse of power is legitimised in the name of freedom and democracy, as two brutal interrogators prepare to inflict their terrible punishment on a blind-folded insurgent. Pinter investigates the suppression of ideas and the supposed threat of non-conformity in Mountain Language: a group of captives attempt to find a voice when their shared language is banned by the state.

The evening culminates with Ashes to Ashes, a richly atmospheric and compelling play in which the dark nightmare of human atrocity infiltrates a couple’s living room. Directed by award-winning actress and long-time Pinter collaborator, Lia Williams.

Cast to be announced. 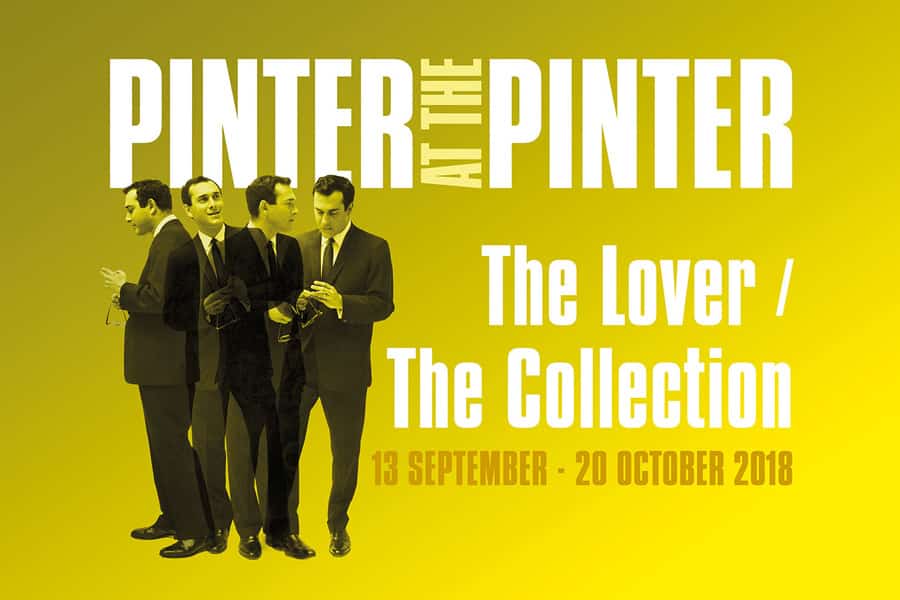 Two miniature comedic masterpieces from the 1960s, The Lover and The Collection, which explore secrets, lies and seduction, are directed by ‘major Pinter interpreter’ (Financial Times), Jamie Lloyd.

Playful and provocative, The Lover features a conventional, suburban couple in unconventional circumstances. The Collection, hailed as one of the outstanding plays of the 20th Century by Laurence Olivier, delves into the intriguing mystery of two London couples linked by sexual desire and a quest for supremacy. 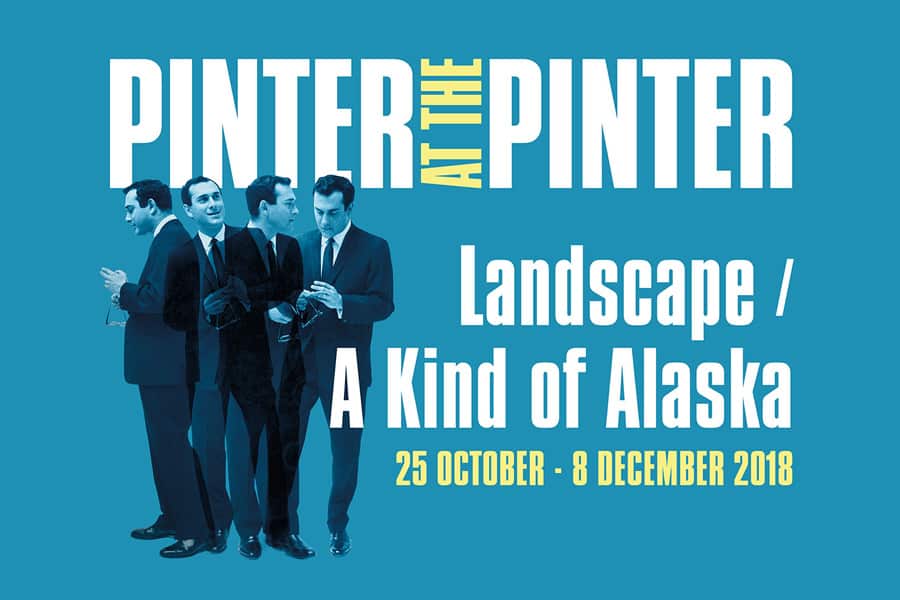 Landscape and A Kind of Alaska, directed by Jamie Lloyd, are spellbinding evocations of loneliness, isolation and the strange mists of time.

Landscape is a minimalist marvel: a woman is locked in a beautiful memory and her husband demands to be heard. In A Kind of Alaska, Deborah awakes from a twenty-nine-year sleep and is suspended between the conscious and unconscious worlds. 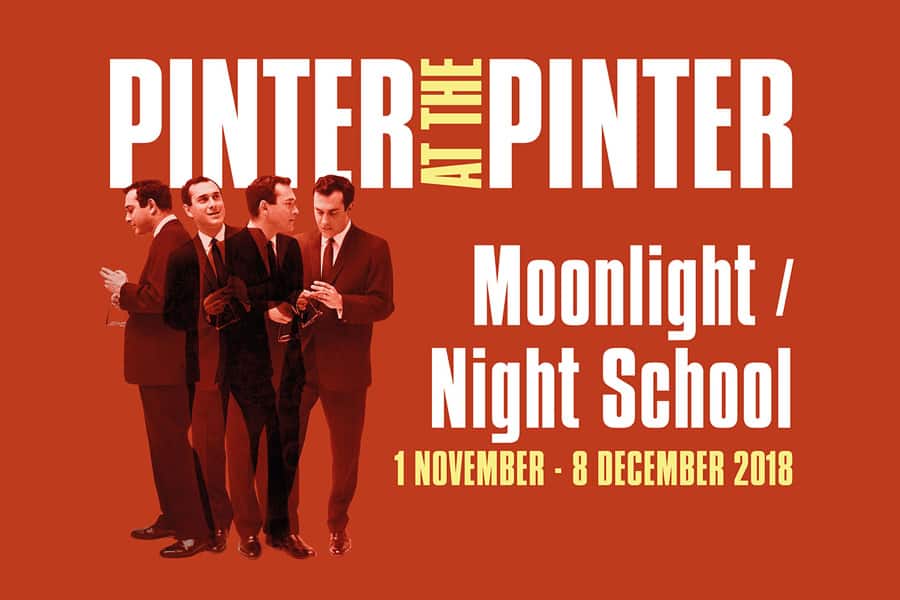 The brutality of family life and the subjectivity of memory are explored in the emotionally raw and richly funny Moonlight, directed by Olivier Award winner Lyndsey Turner, in which the past haunts the dark, lonely recesses of a dying father’s bedroom.

An East End criminal returns home from prison to find his room has been occupied by a mysterious woman with a secret. Set in the sweaty nightclubs and claustrophobic boarding houses of 1960s London, this is a rare opportunity to see the brilliantly witty and vivid Night School, directed by the inventive young director, Ed Stambollouian.

Cast to be announced. 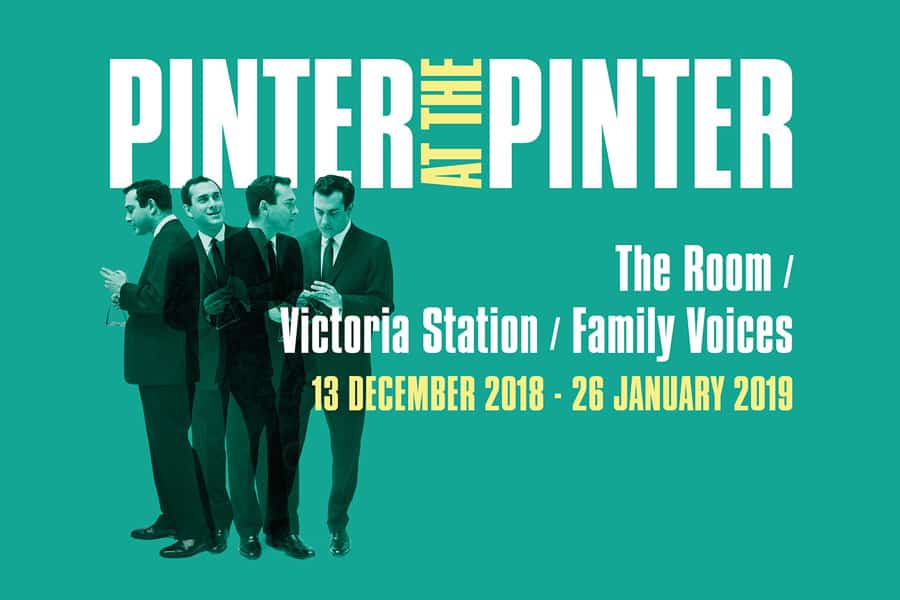 An all-too-familiar and frighteningly topical brand of English xenophobia runs through this darkly funny and unexpectedly odd play from 1957. In the hilarious Victoria Station and the reflective Family Voices, isolated voices attempt to communicate, but can we ever truly express the depths of our feeling? 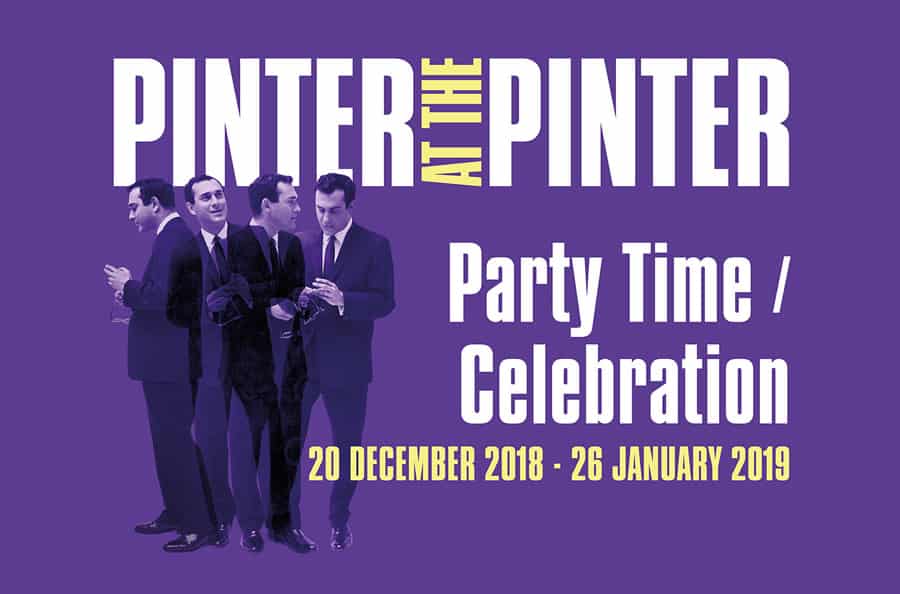 A scathing and bitterly amusing attack on the increasingly powerful and narcissistic super-rich, set against the backdrop of terrifying state oppression, the highly pertinent Party Time is paired with Harold Pinter’s final play, Celebration.

Celebration is an irresistible comedy about the vulgarity and ostentatious materialism of the nouveau riche, set in a fashionable London restaurant. An evening of social satire that chimes with our times, directed by Jamie Lloyd. 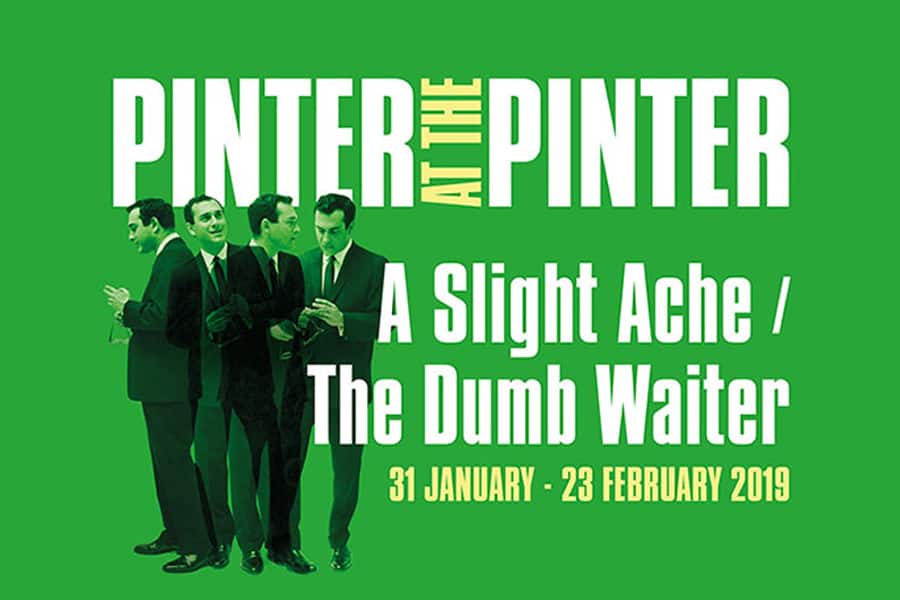 The Pinter at The Pinter season culminates with two unmissable comedies that explore the political machinations of the powerful and the powerless.

When a mysterious figure enters their elegant country home, the lives of Flora and Edward are changed forever.

Gus and Ben, two hit-men, await their next job in a derelict building – but what is the cost of their quest for meaning?

A Slight Ache and The Dumb Waiter, both written in the late 1950s, are directed by Jamie Lloyd.

Details of the special rehearsed readings of Tea Party, The Basement and Silence are to be announced at a later date.