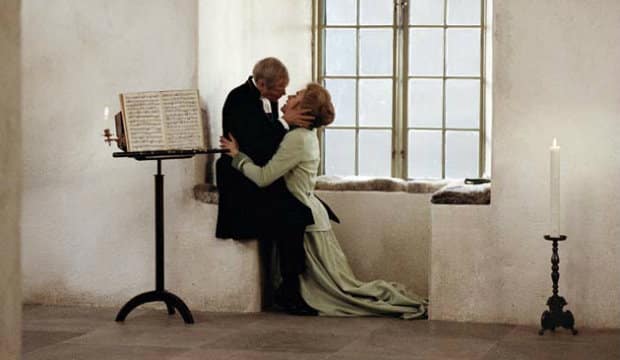 Casting has been announced for the stage adaptation of Ingmar Bergman’s classic film Fanny & Alexander at the Old Vic, led by Penelope Wilton. Tickets are now on sale.

Opening on 1 March 2018 with previews from 21 February, the play is set in 1900s Sweden, telling the story of young siblings Fanny and Alexander whose world is turned upside down when their widowed mother remarries the iron-willed local bishop.

As creative freedom and rigid orthodoxy clash, a war ensues between imagination and austerity in this magical study of childhood, family and love based on the 1982 film written and directed by Bergman.

Wilton will play the children’s grandmother Helena Ekdahl alongside Catherine Walker as their mother Emilie Ekdahl and Kevin Doyle as their stepfather, Edvard Vergérus.

Fanny will be played by Zaris Angel Hator, Amy Jayne Leigh, Molly Shenker and Katie Simons, and the role of Alexander will be played by Guillermo Bedward, Kit Connor, Jack Falk and Misha Handley, who will alternate performances.

The adaptation has been written by BAFTA-winner Stephen Beresford and will be directed by Old Vic associate director Max Webster. Set design is by Tom Pye, lighting by Mark Henderson, sound by Tom Gibbons, costumes by Laura Hopkins and music by Alex Baranowski.

BOOK TICKETS TO FANNY AND ALEXANDER