Welcome to our listing of Greater London Pantomimes in 2021. A true British institution panto returns this year after many productions were abandoned in 2020 due to the pandemic. 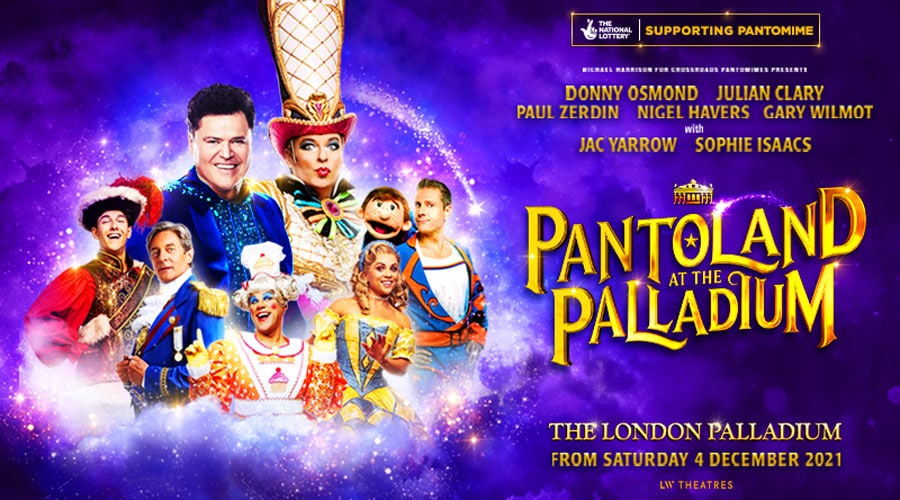 The home of pantomime will welcome back Palladium panto favourites Paul Zerdin, Nigel Havers and Gary Wilmot as well as the return  of some past stars of the Palladium’s festive treat including West End sensations Jac Yarrow and Sophie Isaacs.

Celebrating the very best of pantomime, with comedy in abundance and big show-stopping numbers, this star-filled extravaganza will be the ultimate feel-good show.
If you love pantomime, Pantoland at The Palladium is the place to be this Christmas! 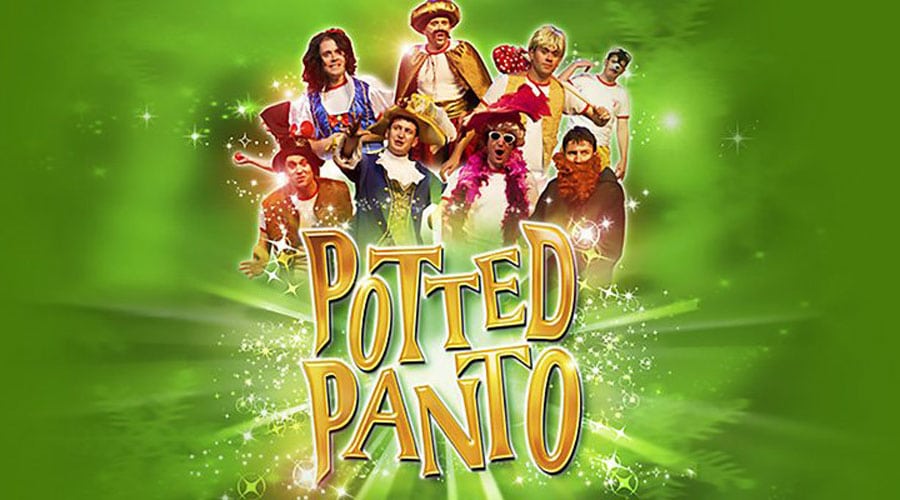 Seven classic pantomimes in 70 hilarious minutes! The Olivier Award-nominated festive celebration Potted Panto is back for five weeks only.

In a madcap ride through the biggest stories and best-loved characters from the wonderful world of pantomime, our dastardly double act dash from rubbing Aladdin’s lamp to roaming the golden streets of Dick Whittington’s London and making sure that Cinderella gets to the Ball.

It’s all unmissable fun, whether you’re six or 106. 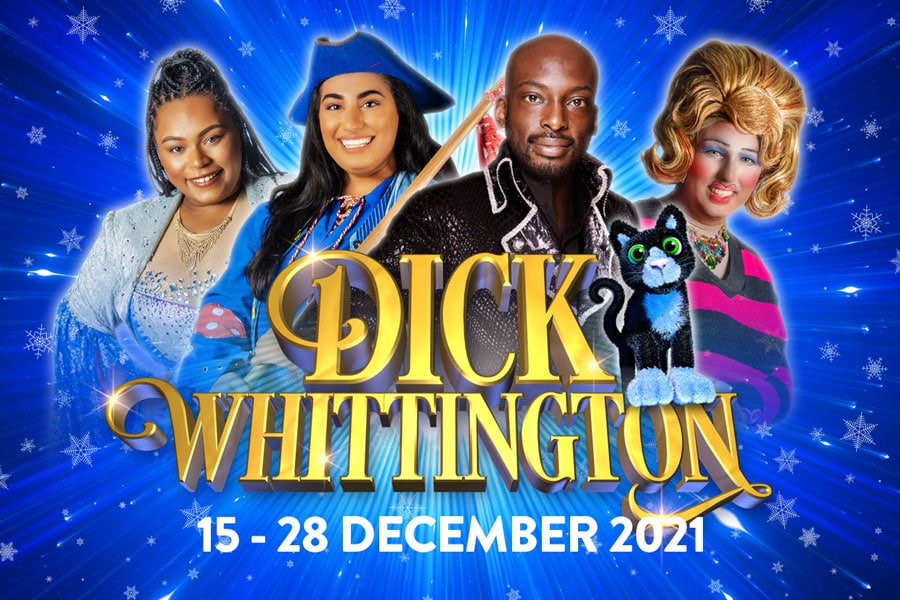 A young boy is on his way to London to seek his fortune. All he has in the world is his faithful best friend, a cat, and his heart full of dreams. Are the streets of South London paved with gold or will Dick find other riches? Join us to find out.

Petite Pantos are back this Christmas for our first full-scale pantomime. Last year was a challenge but this year nothing will stop us! We can think of no better way to start our new annual Panto tradition than with the wonderful Dick Whittington. 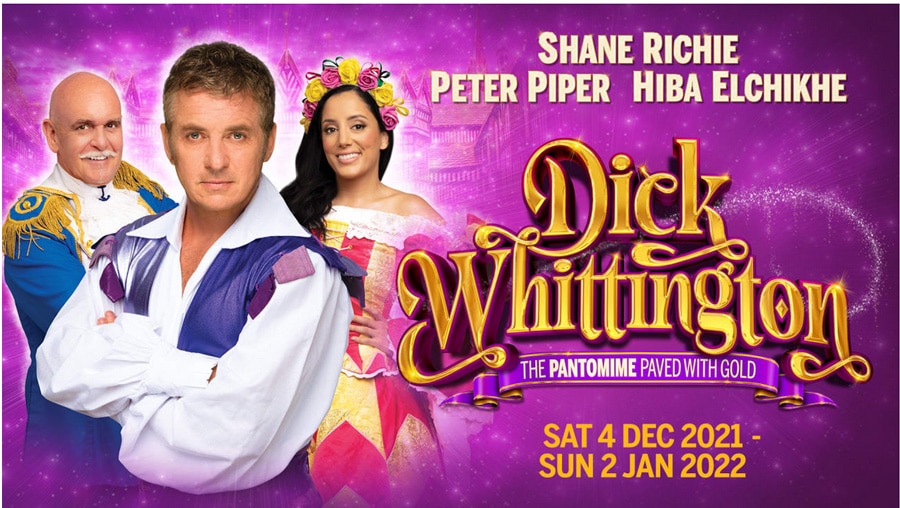 Guided by the magical Fairy Bow Bells on an adventure that sends him from London town to the High Seas headed for Morocco don’t miss the action-packed pantomime full of laughter, music and dance. Can he outwit the evil rodent King Rat, free London from his team of revolting rodents and win the beautiful Alice’s hand in marriage? Find out in the ultimate magical pantomime adventure! 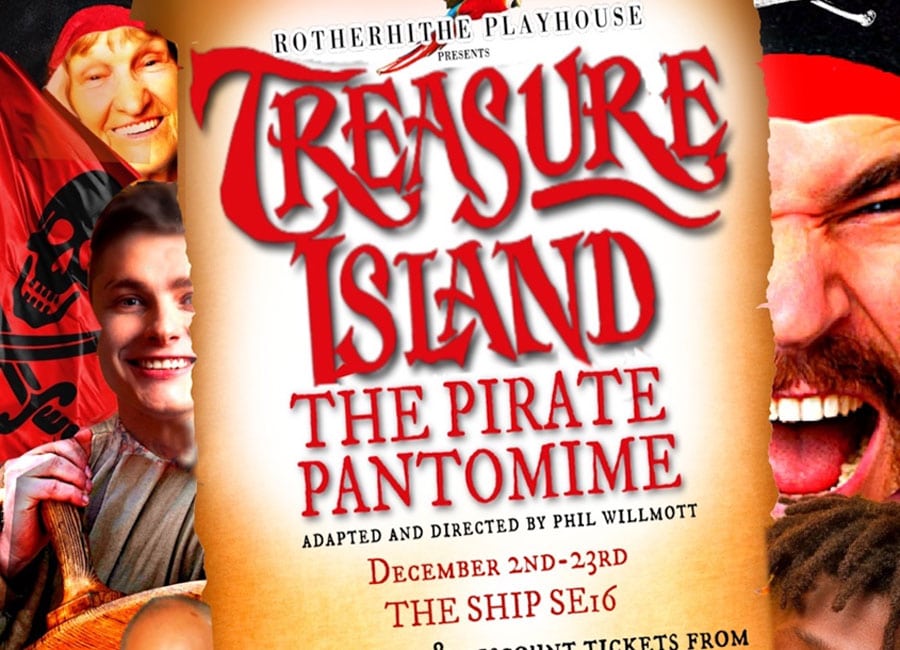 This December, audiences are invited to share in an adventure of pirates, parrots and priceless booty with Phil Willmott’s adaptation of Robert Louis Stephenson’s Treasure Island.

This classic tale of danger and courage, deception and greed, follows Jim Hawkins, a young man coming of age, as he sets off on a voyage to recover buried treasure whilst outwitting the dastardly pirate Long John Silver.  Revisted, with male and female buccaneers and a dash of panto, the seafaring epic features a diverse cast of professional actors which includes a recent graduate, an asylum seeker, and an eco-warrior.

Performed outdoors in the heated Rotherhithe Playhouse marquee, the show will set sail from The Ship pub on St Marychurch Street from December 9 to 23rd, with free tickets to anyone accessing food banks and subsidised school meals and on a “pay only what you can afford” basis for everyone else at every performance.

So join the crew for an adventure of low life, high seas, fair winds and foul manners and find a fortune beyond one’s wildest dreams. 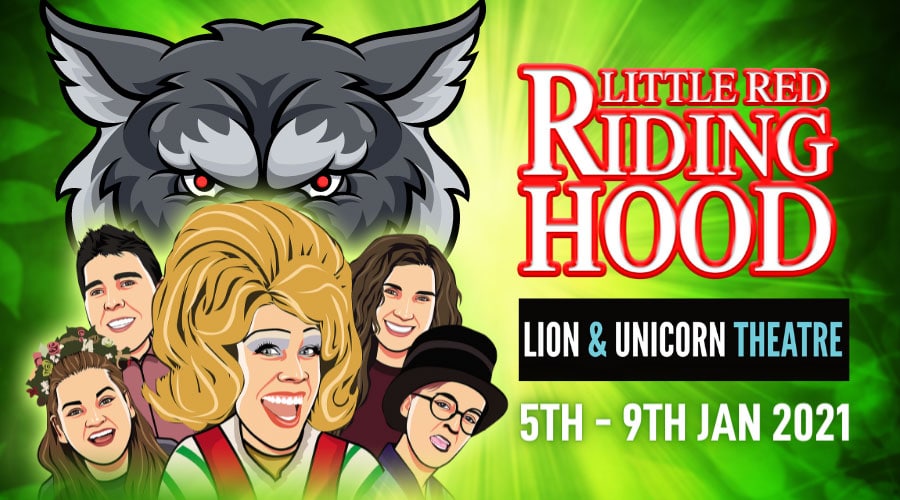 All Rosie has to do is take a cake to her Granny’s house. How difficult can that be?

Join Petite Pantos for a raucous panto adventure to beat those January blues! There’ll be laughter, sparkles, songs and plenty of joining in as Rosie, Woody, Fairy Light and THREE granny’s (yet only one actor) try to defeat the Big Bad Wolf.

Petite Pantos is delighted to be returning to the Lion & Unicorn Theatre for the venue’s FIRST EVER festive Panto. So, kick off the new year with loads of fun for all the family. 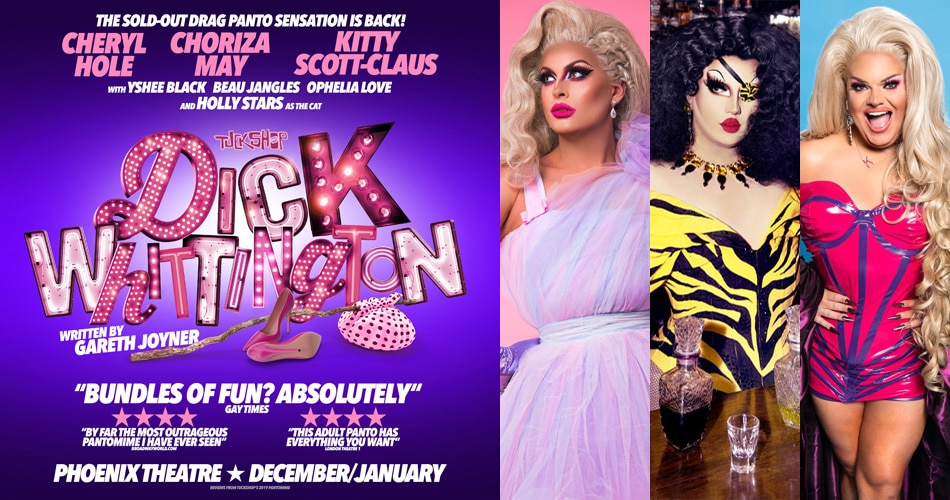 Join our hero Dick Whittington (Cheryl Hole) on his thrilling quest to find adventure fame and fortune in the glittering streets of Soho, with his feisty and funny pussy cat (Holly Stars). Will he be able to defeat villainous rodent Queen Rat (Choriza May), with the help of the Spirit of Soho (Kitty Scott Claus), and save the city?

Get ready to follow your dreams as this classic tale is re-imagined in TuckShop’s own way. Unlike any other pantomime you’ll see, written by Gareth Joyner, you’ll be gagging on Dick and his friends as they bring the spirit of Soho to the West End. 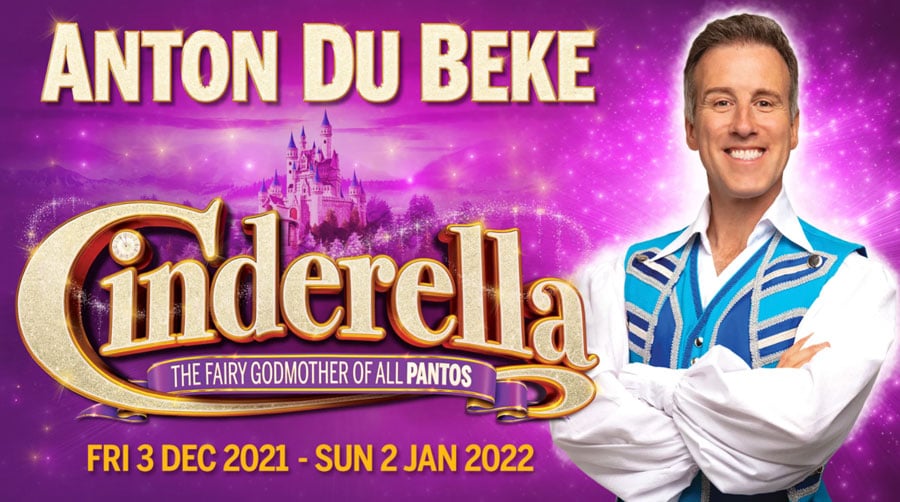 Richmond Theatre will play host to the most magical ball in all the kingdom, in the company of the King of Ballroom Anton Du Beke as Buttons.

Packed with all of the traditional panto ingredients audiences expect, Cinderella features laugh-out-loud comedy, stunning scenery, beautiful costumes and plenty of boos and hisses. Join Cinders as she goes from rags to riches, outwits her very ugly sisters and meets her dashing Prince Charming. 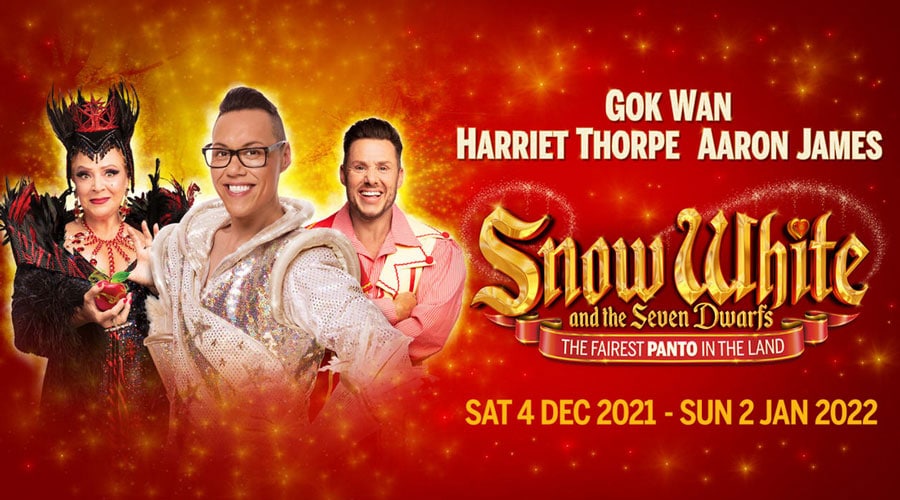 Mirror, Mirror, on the wall, don’t miss the fairest pantomime of them all!

With fashion advice from everyone’s favourite TV personality, Gok Wan and comedy in abundance from Harriet Thorpe (The Brittas Empire/Absolutely Fabulous) and comic Aaron James this year’s panto will be a glittering festive treat for all ages.

With a live band, spectacular special effects, beautiful costumes and stunning scenery Snow White and the Seven Dwarfs will be created especially for the New Victoria Theatre by the world’s biggest panto producer, Crossroads Pantomimes. 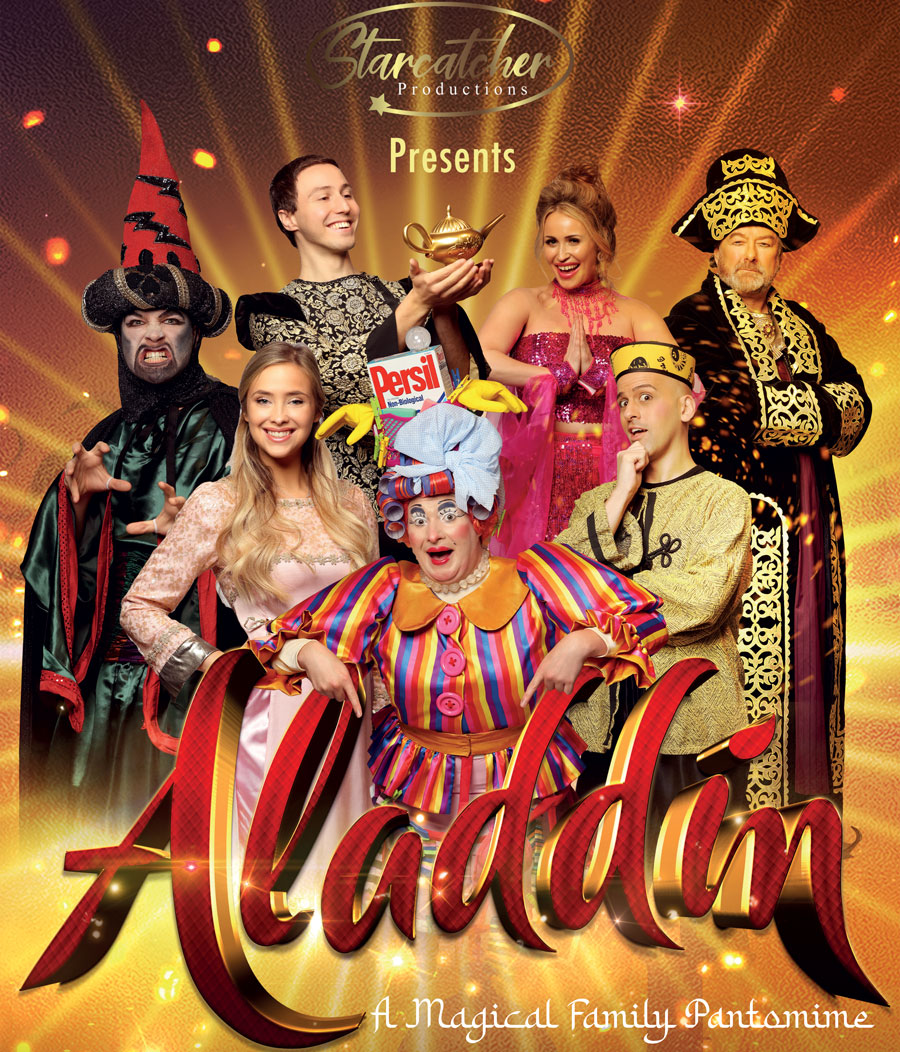 Starcatcher Productions are delighted to be returning to the Exchange theatre, Twickenham this Christmas with ALADDIN !!  After the hugely successful ‘Sleeping Beauty’ in 2019, this year’s pantomime is the thrilling story of a boy, a lamp and a genie. Starcatcher’s professional cast from the world of stage and television will transport you to Old Peking for a side splitting adventure in the Orient. So climb aboard a magic carpet and let us take you on an exciting journey. 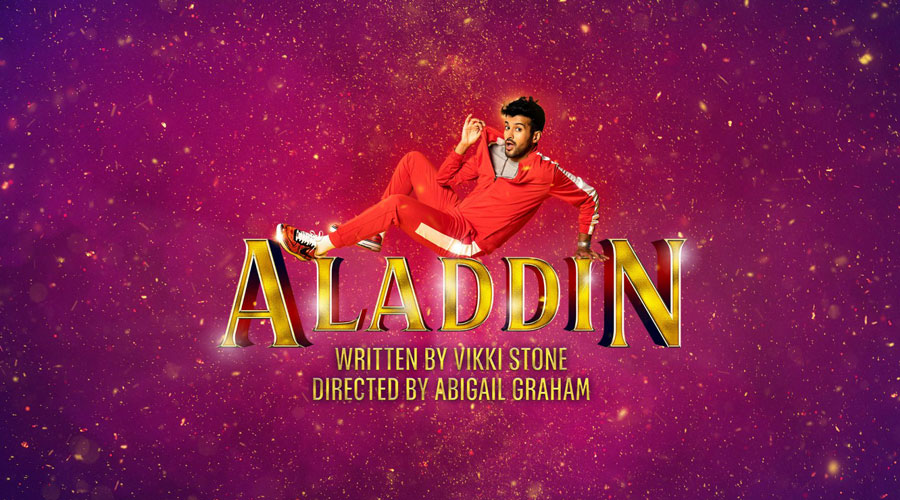 Join Aladdin, the Genie and their friends and go on a magical carpet ride. This festive family adventure follows Aladdin on his quest to seek his fortune and find true love. Expect the usual Lyric twist on all of your favourite characters as well as live music, magic lamps, plenty of laughs and a journey to a far away land.

This magical new adaptation is by award-winning comedian, actor and composer Vikki Stone who returns to write her debut pantomime for the Lyric following critically acclaimed appearances as Abanazar in Aladdin in 2016 and Fleshcreep in Jack and the Beanstalk in 2017. Aladdin is directed by Abigail Graham.