Missed Oxy and the Morons when it originally showed at the New Wolsey Theatre? Saw it, loved it and want to see it again? Here’s your chance! 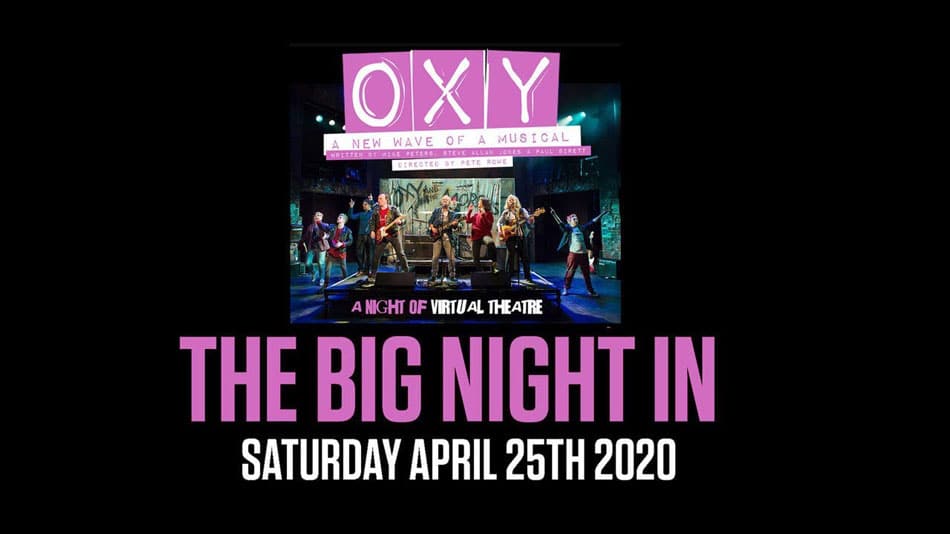 As part of The Alarm’s THE BIG NIGHT IN on Saturday 25th Apr at 7 pm,  Mike and Jules Peters will present OXY – A Night of Virtual Theatre.

Written by Mike Peters (The Alarm), Paul Sirett (Reasons to be Cheerful, Mods and Rox), and Steve Allan Jones and directed by the New Wolsey Theatre’s Peter Rowe (currently in the process of writing our next panto, Jack and the Beanstalk), we are thrilled that we have the chance to watch this awesome show all over again!

Plus, it will be captioned.

Want to turn your home into a theatre for the night? Fancy getting dressed up, preparing the pre-show dinner and chilling the drinks for the interval? Desperate to play the music loud and pogo along?

This time, the best seats in the house are in your front room!

When a routine check-up leads to a startling diagnosis, Andy decides it’s time to put the band back together, to crank up the amps, and party like its 1978! Why not re-form the legendary Oxy & the Morons, who burned fiercely before exploding in a riot of rivalry, jealousy and bitter betrayal? Andy’s mission involves twisting arms, healing wounds and putting his family and friendships back together. But can that new wave spirit of DIY defiance be rekindled over thirty years later? Can you still pogo when your knees go? Will they play their trademark version of ‘It’s Not Unusual’ as an encore?

With a machine gun playlist of original songs and a powerful life-affirming message, this affectionate look back at the days of teen spirit suggest we could all do with some of that garage band power – right now.

This brand-new musical is fast, furious and very funny. It literally helped save a person’s life during it’s first production run at the New Wolsey Theatre, and by premiering online during the lockdown, it might just save even more.

Through association with the cancer charities Love Hope Strength and DKMS, there will be an online bone marrow donor drive taking place throughout the evening.