Out For Blood podcast does a deep dive into the backstage story of Carrie the musical on Broadway and it’s compulsory listening for any fan of this mythic musical. 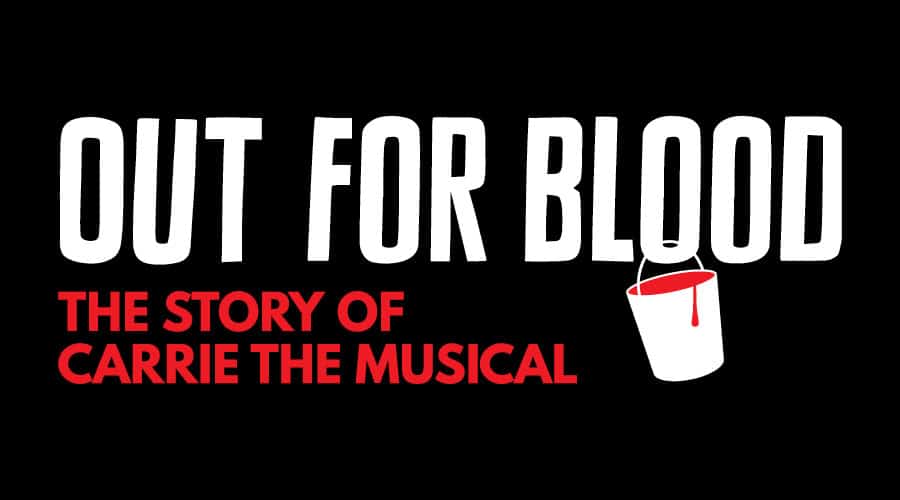 If you are a fan of musical theatre, chances are you will have heard about Carrie the musical, which until Broadway’s Spiderman held the record as Broadway’s biggest flop ever. Carrie is the stuff of legend! Now, the Out For Blood podcast examines the truth behind the myth with the help of those who were part of the show.

Based on Stephen King’s bestseller, this was the be the Royal Shakespeare Company’s next musical collaboration following Les Miserables and starred Broadway legends Barbara Cook and then Betty Buckley and introduced a then 17-year-old Linzi Hateley.

Now, 33 years later, Holly Morgan and Chris Adams, who as life-long fans of the shown who, upon re-discovering a dusty VHS bootleg of Carrie from their university days, decided to track down the people who had experienced Carrie first-hand and get answers to some of their burning questions.

Holly and Chris have gathered interviews from show lyricist Dean Pitchford, cast members include Carrie herself Linzi Hateley, Charlotte D’Amboise and Sally Ann Triplett amongst other cast and crew members. They also speak to those involved in some of the revival productions now that Carrie seems to have re-emerged as a hit stage musical around the world.

On a personal note, I’ve been obsessed with this musical since reading Ken Mandelbaum’s book, secretly wondering if the tale of this most unlikely of all musicals had been embellished over the years leaving reality far behind. I was privileged enough to speak to Dean Pitchford back in 2015 as was delighted to find what was known didn’t really scratch the surface of what must the “Making of” story that is actually an incredible backstage story in itself.

The Out For Blood podcast will consist of ten episodes in total with bonus episodes with extended interview content, with a mid-series online ‘fan watch along’ event.

Don’t miss Out For Blood, an audio autopsy of what went wrong with Carrie the musical. All the blood, guts, gore and delightful details of this legendary musical flop laid bare thirty years on!

The Podcast Will be Available on Apple/iTunes, Spotify, Stitcher, iHeart, TuneIn, Deezer, Player.FM, Pocket Cast, Podcast Addict and everywhere else you listen to podcasts. Out For Blood is part of the Broadway Podcast Network.