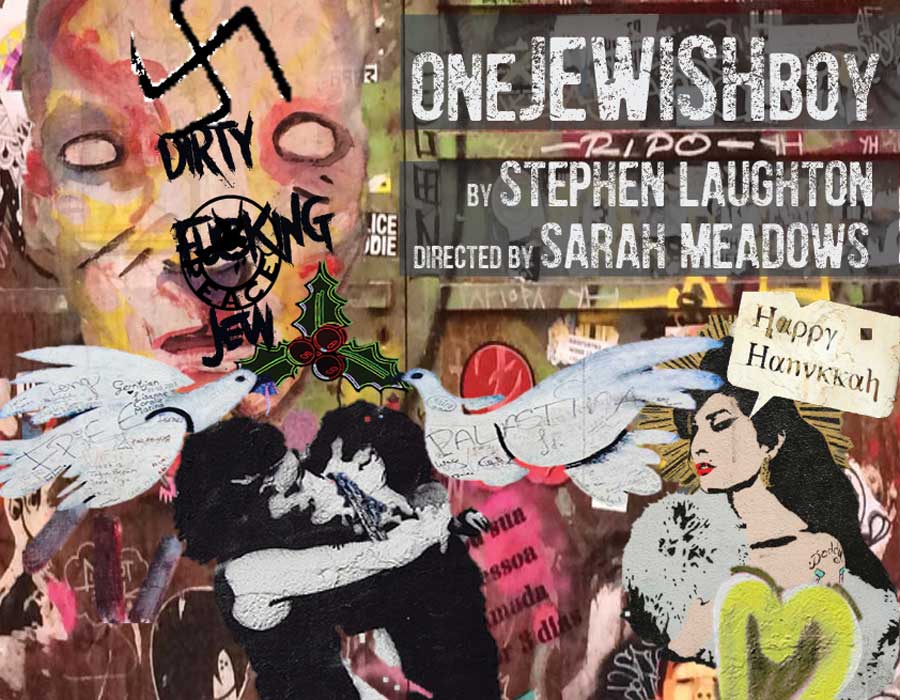 The play is described as a messed-up bittersweet tale of inherited trauma, the miracle of Chanukah, raging anti-Semitism, the end of youth and staying in love…  and explores key moments over a four-year relationship between a nice Jewish boy from North London and the nice not-so-Jewish woman he falls desperately in love with… With the shadow of hatred festering at its very core One Jewish Boy is a bittersweet comedy fuelled by anti-Semitism.

Told out of chronology…Break-up. Proposal. Pregnancy. Moving in together. Birth. Post-breakup. Meeting, it focusses us squarely on those filthy, ugly words – dirty fucking Jew – that were actually kicked into Jesse – asking if the fear of hatred, could be even worse than hate itself…

The play has already caused controversy, when it was met with anti-Semitic responses and the posting of Palestinian flags following its announcement on social media on the eve of Kol Nidre last week  – a festival marking the start of Yom Kippur, the holiest day in the Jewish calendar.

Alongside the production, there will be a number of engagement events, including school matinees and workshops on the 12th and 19th of December, a special Gala event on the 14th December (including a Shabbat service and a programme around peaceful solutions to the Israeli–Palestinian conflict) and a post-show Christmukah celebration complete with donuts and mince pies on the 21st December.

Throughout the run, the production will be raising money for Medical Aid for Palestinians – who, for over 30 years, have been striving to deliver health and medical care to those worst affected by the conflict, and Rabbis for Human Rights – a cross-denominational Jewish charity that work in the settlement areas and aim to inform the Israeli public about human rights violations, whilst pressuring State institutions to redress injustice.

BOOK NOW FOR ONE JEWISH BOY