A new festival in London is to celebrate European theatre next month, featuring nine shows that showcase creative collaboration as an antidote to Brexit. 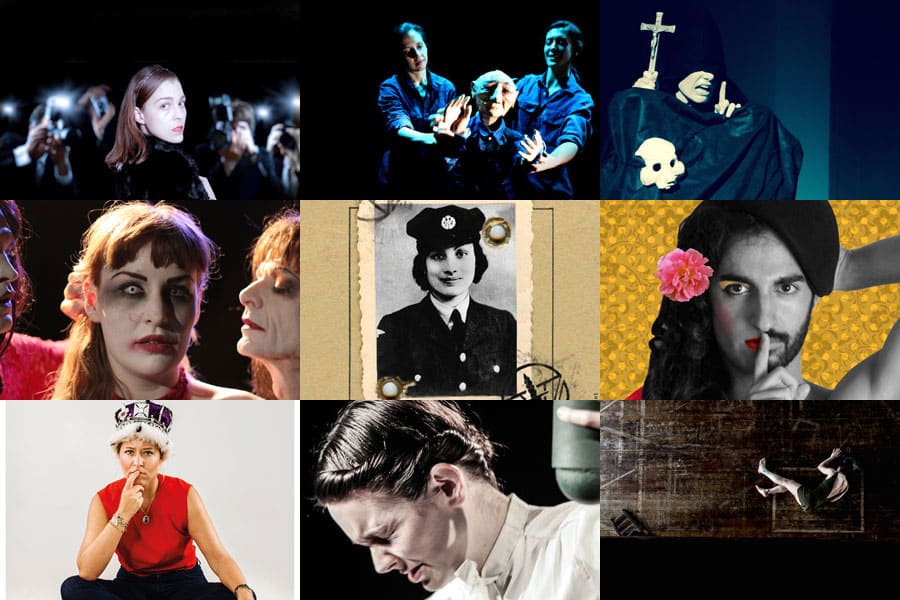 A Piece of the Continent will run from 8 to 27 April at Tristan Bates Theatre in Covent Garden, with a programme ranging from drama and musical theatre to dance and cabaret.

It brings together artists from Italy, France, Poland, Spain, Germany, Lithuania, The Netherlands, Austria and Greece as well as the UK.

It has been organised by the team at Voila! Europe, London’s annual multilingual European theatre festival, in collaboration with The Actors Centre, the creative hub that includes the Tristan Bates Theatre.

Will Mytum, theatre programme co-ordinator at The Actors Centre, said the festival was organised to tie in with Brexit but provide a positive message about Europe and Britain’s place in it. “A Piece of the Continent was created to offer a platform of visibility and opportunity for European artists who may feel a sense of alienation in the aftermath of Brexit and the antagonistic rhetoric that has followed.

“The incredible quality of the companies participating in the festival is a testament to how valuable European work is to the fabric of the UK’s theatre scene.”

Amy Clare Tasker, founder of Voila! Europe with Sharlit Deyzac, said A Piece of the Continent was an opportunity to experience the “many different identities, languages and styles” in theatre across Europe.

With each show having a week-long run, Deyzac pointed out that the new festival allowed theatre-makers to build on projects developed for Voila! Europe which normally programmes only two or three performance dates.

With Voila! Europe continuing in November, A Piece of the Continent will provide audiences with more chances to experience work from artists from other European countries. Joel Fisher, creative producer at The Actors Centre, stressed that the new festival was “very much the beginning” in their efforts to celebrate European artists. “This is the platform, springboard, portal that launches the next stage.”

Three shows have been programmed each week across the festival. In the first week, Panta Rei Theatre will present Don’t You Dare!, a multilingual political satire created by Italian theatre-maker Chiara D’Anna drawing on European theatre traditions such as Commedia dell’arte. Featuring contemporary themes and characters, it is inspired by accounts of actresses in 16th-century Italy being accused of witchcraft.

Anglo-French company Yosis Theatre will bring its one-woman musical, A Voice, to London, exploring the exploitation of women at the hands of powerful men through the rise and fall of a 1960s pop star.

Dark Matter from London-based pan-European company Vertebra Theatre examines dementia with the story of an elderly astrophysicist nearing the end of his life. It will use Japanese-style Bunraku puppetry, live “microcinema” and physical performance.

In week two, the traditional Spanish folk song tradition of copla is used to create a contemporary musical, called The Copla Musical, about a drag artist’s rise to fame. Taking audiences back to the era of the Spanish Civil War, it is the work of Anglo-Spanish company HisPanic Breakdown.

Mortgage, described as a “horror farce”, has been developed by Created a Monster, a company that specialises in physical, visceral and absurd theatre, with internationally renowned group David Glass Ensemble. It tells of a failed stage manager turned murderess who suffers at the hands of two demonic drag doctors in a corrupt asylum, infused with elements from Theatre of Cruelty, slapstick and film noir. It is coming to Tristan Bates as part of a European tour.

Exchange Theatre, which is known for bilingual works in French and English, will present Noor, A True Story of Liberté about real-life British secret agent Noor-un-nisa Inayat Khan who grew up in London and Paris. Considered Britain’s first Muslim war heroine, she was sent into France during World War Two to help the Resistance.

In the third and final week of the festival, Berlin-based COSmino Productions will draw parallels between London during the Blitz and Brexit Britain in Dreams Die Hard. Actor and director Rachel Karafistan will bring to life the diaries of her grandmother for the show that spans London, Liverpool, Cyprus and beyond, combining projection and shadow puppetry.

Another multicultural company, Collide Theatre, will present the premiere of Metamorphosis, a dance-theatre work created by Greek director Emily Louizou. Inspired by Franz Kafka’s classic story, it uses storytelling, dance and music to talk about the human’s body uniqueness and being accepted for who you are.

The last show to open at the festival will be Diary of an Expat which confronts questions of national identity and citizenship. It will bring to the stage theatre-maker Cecilia Gragnani’s experiences of being an Italian immigrant in Britain in the age of Brexit as well as other real-life testimonies.

A PIECE OF THE CONTINENT FESTIVAL TICKETS