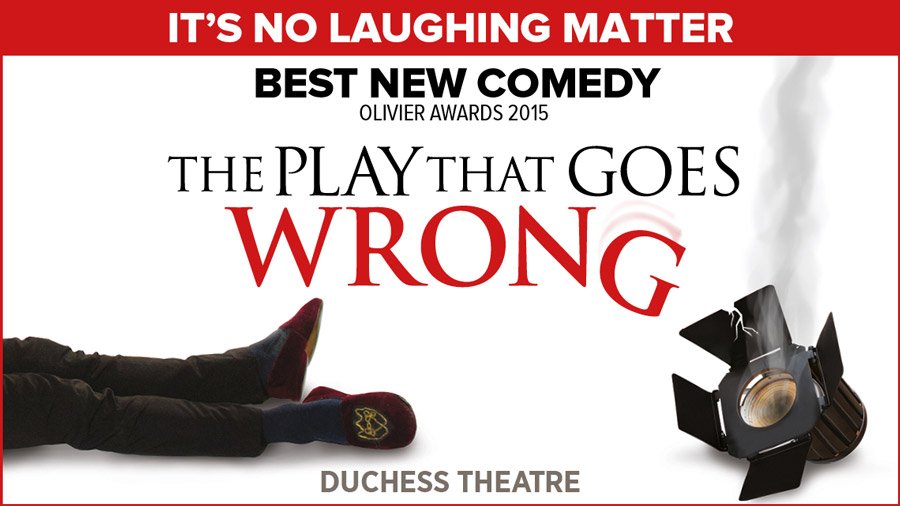 A new cast has been announced for the London production of The Play That Goes Wrong as it continues on its path to world domination.

They will join the company at the Duchess Theatre from May 10, 2017, where the hit comedy debuted in September 2014 and is currently booking until February 2018.

Created by Mischief Theatre and originally performed at London fringe venue the Old Red Lion in 2012, it is now playing in six out of seven continents. “We are avoiding Antarctica for fear of an icy reception,” added producer Kenny Wax.

It opened on Broadway to great acclaim last week and also has productions playing in continental Europe including Paris and Budapest, Argentina, Japan, South Africa and Australia. So far, it has played to a total audience of over a quarter of a million.

Mischief Theatre founder and writer Henry Lewis said: “We are simply baffled by the success of the show in the West End and all over the world. We cannot understand why audiences are finding our little murder mystery so funny. They don’t seem to be taking the play seriously at all.”

Mischief Theatre was founded in 2008 by a group of graduates of London drama school LAMDA and began as an improvised comedy group. The company is led by Henry Lewis as artistic director alongside company director Jonathan Sayer.

Their other production The Comedy About a Bank Robbery is currently at London’s Criterion Theatre while The Play That Goes Wrong completes a UK national tour in July 2017 and an Australian tour in June 2017. The production at Broadway’s Lyceum Theatre is currently booking until September 2017.

BOOK NOW FOR THE PLAY THAT GOES WRONG AT DUCHESS THEATRE