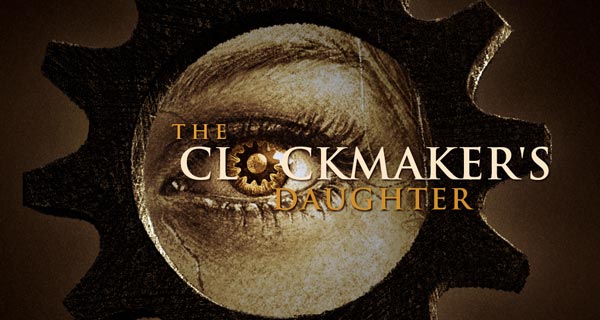 Spindlewood, like most towns of age, has its traditions. But no practice, custom or Old Wives Warning is so firmly adhered to as ‘The Turning of the Key’. Every year, on the last night of winter, as the first day of spring unfolds, the townsfolk gather to take part in a strange ritual.

They meet in the centre of the town square, where a statue bearing the likeness of a young girl stands, poised and still, one hand raised as if to toast the sky. Constance has stood in the square for as long as any can remember. But she is never more lifelike than tonight.

Spindlewood is also home to a Clockmaker with a secret – something the simple folk of the town must never discover. Through methods hidden even to himself, the Clockmaker has created something much, much more than a machine. . .

This world premiere by new writers Daniel Finn and Michael Webborn is an original story with original music set in the fictional Irish town of Spindlewood. It is a beautiful story built around themes of prejudice, discrimination, animosity and a fear of the unknown – a folk musical with a specific, yet timeless, feel.

Co-writer Daniel Finn commented, The original aim of the piece was to attempt ‘a new Grimm or Hans Christian Andersen fairy tale’ – something wholly original but also something that at heart contained, and staunchly upheld, the moral axioms conveyed in the classics. We both believe the concepts in this piece are particularly relevant to us all today and wanted to write a fairytale that would speak to a modern audience… While, like most musicals, still being good fun of course! We can’t wait to see it on its feet. It’s daunting for us but also very exciting… We’re eagerly watching the clock!

The Clockmaker’s Daughter is directed by Robert McWhir, musical direction by Michael Webborn and choreography by Robbie O’Reilly.

The Clockmaker’s Daughter runs at The Landor Theatre from 27 May to 4 July 2015.