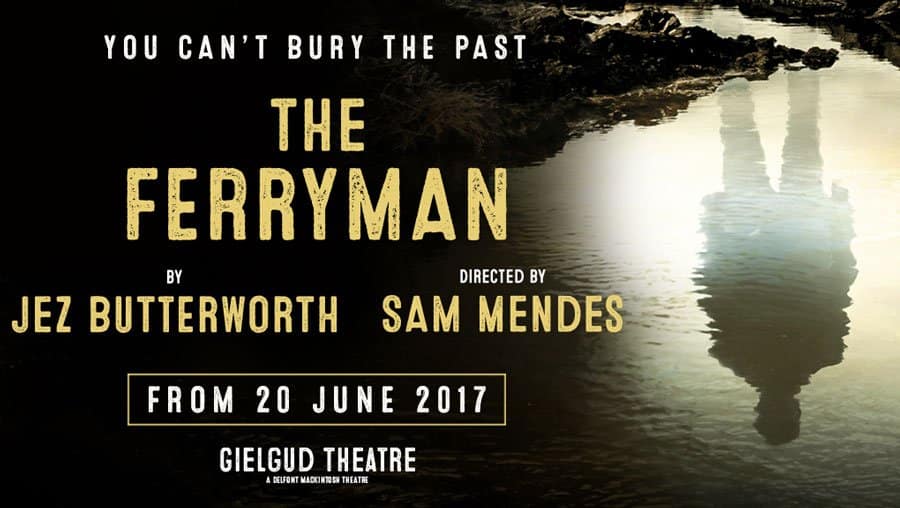 Directed by Sam Mendes, The Ferryman opened at the Royal Court to critical acclaim becoming the fastest selling show in the theatre’s history.  The show has continued its success since transferring to the Gielgud Theatre where it is now booking until January 2018.

The Ferryman is designed by Rob Howell, lighting by Peter Mumford and sound and original music by Nick Powell.

Read our review of The Ferryman