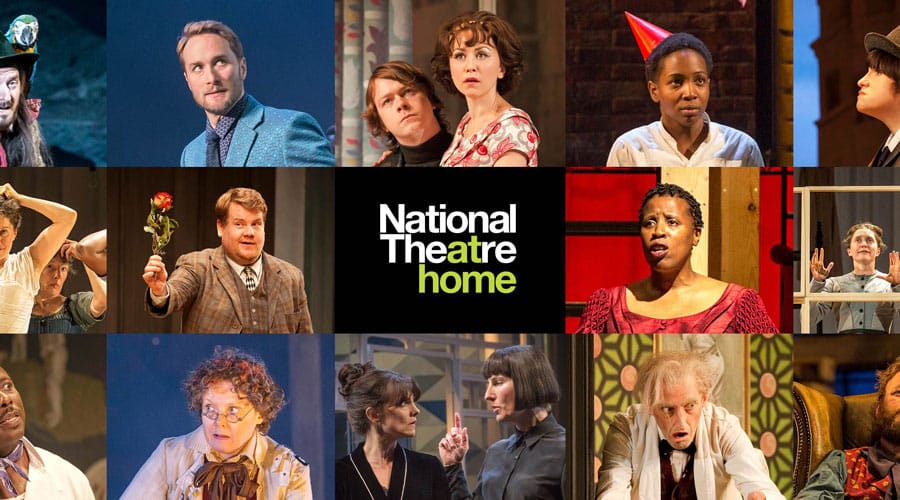 A number of productions previously screened in cinemas globally as a part of National Theatre Live are being made available to watch via the National Theatre’s YouTube channel.  Each production will be free and screened live every Thursday at 7.00pm GMT, it will then be available on-demand for seven days. Alongside the streamed productions, National Theatre at Home will also feature accompanying interactive content such as Q&As with cast and creative teams and post-stream talks, with further details of this programme to be announced.

Working closely with YouTube, other productions streamed to be streamed include Bryony Lavery’s adaptation of Robert Louis Stevenson’s Treasure Island on 16th April, and Twelfth Night on the 23 April featuring Tamsin Greig as Malvolia in Shakespeare’s classic comedy, with further titles to be announced.

Lisa Burger, Executive Director and Joint Chief Executive said: “Our ambition at the National Theatre is to create work which is challenging, entertaining and inspiring and we’re committed to continuing that through these difficult times. I’m thrilled that we’re able to fulfil this ambition in a different way through our collaboration with YouTube. I am exceptionally proud of the team at the National Theatre for working so hard to create National Theatre at Home and also to the rights holders who have been so supportive of this new initiative allowing us to bring theatre to households right across the world. We have delved into the National Theatre Live archive and curated a programme that’s varied from comedy to new dramas to classics so there is something for everyone to enjoy from their own homes. We will be streaming each production at the same time each week in order to recreate, where possible, the communal viewing experience and we hope this will be an opportunity for people to share their enjoyment together online.”

Following the UK schools’ closures, pupils now studying at home will be able to access the National Theatre Collection remotely. The Collection includes high-quality recordings of 24 world-class productions, drawing from 10 years of NT Live broadcasts and never-before-released productions from the National Theatre’s Archive. It’s available now for free to pupils and teachers at state schools and state-funded further education colleges, through remote access provided in partnership with Bloomsbury Publishing. Schools will be able to share log-in details with pupils to access the National Theatre Collection at home during this period.

Bloomsbury Publishing has also extended the free trial period for other academic institutions including universities, libraries and independent schools until the end of May 2020 to continue to support the educational community across the globe.

The recordings of productions are accompanied by learning resources that explore the craft behind the best of British theatre. Available productions include Shakespeare set texts (Othello), 20th Century classics (The Cherry Orchard) and adaptations of Romeo and Juliet and The Winter’s Tale created specifically for younger audiences.

Alice King-Farlow, Director of Learning at the National Theatre said: “Given the unprecedented challenges we are all currently facing across the globe, we want to ensure that pupils, teachers and academic institutions are supported during this time and can continue to have access to a range of learning resources during the school closure period. The National Theatre Collection is an invaluable resource and, with thanks to Bloomsbury Publishing, we are able to open up access to pupils and teachers across the UK and ensure young people will be able to continue to explore world-class productions and all aspects of theatre-making”.

The National Theatre is currently closed to audiences and performances won’t resume before July. In coming weeks, there will be more opportunities for audiences to engage with the NT through its National Theatre at Home programme – further details to be announced.