Paul Taylor-Mills will present The Musical Marathon this Sunday 1 April 2018 at The Other Palace featuring a galaxy of West End Stars in aid of the Terrence Higgins Trust. 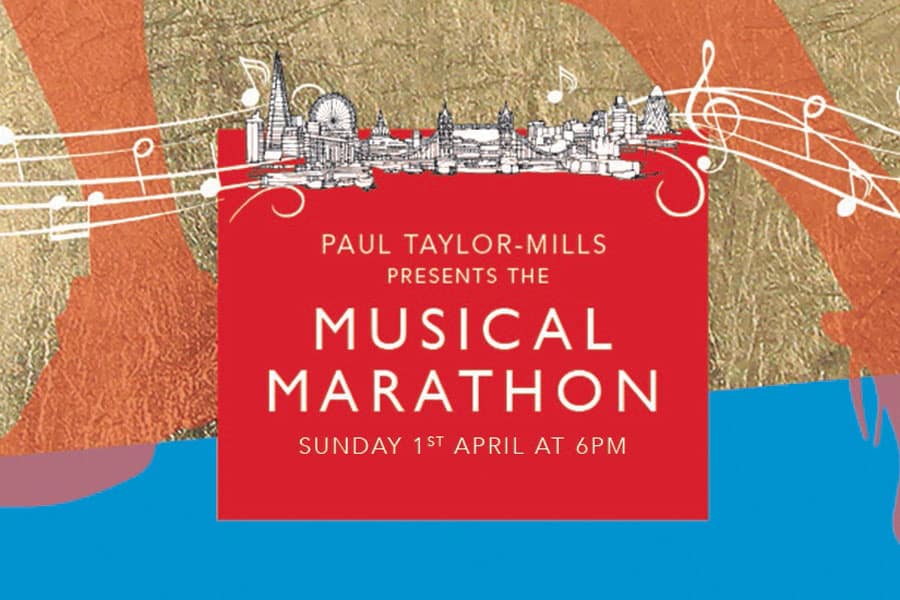 This special event promises to be a night of unmissable musical talent with some of theatre’s best-known stars singing songs that inspire them.

Paul Taylor-Mills, Artistic Director of The Other Palace and producer of shows including In The Heights and The Wild Party, is running the London Marathon on Sunday 22nd April. With all proceeds from the evening going towards Paul’s London Marathon efforts, raising vital funds for the Terrence Higgins Trust and their fight against HIV.

The Terrence Higgins Trust campaigns on and provides services relating to HIV and sexual health. In particular, the charity aims to end the transmission of HIV in the UK; to support and empower people living with HIV; to eradicate stigma and discrimination around HIV.

The Musical Marathon will feature Musical Direction by Bob Broad. Casting is by Will Burton CDG.

The Musical Marathon is at The Other Palace on Sunday 1 April at 6pm.

Find out more about the Terrence Higgins Trust

BOOK TICKETS FOR THE MUSICAL MARATHON