The acclaimed stage production of Mrs Doubtfire the musical is to open at the Shaftesbury London in May 2023 following an acclaimed season in Manchester. 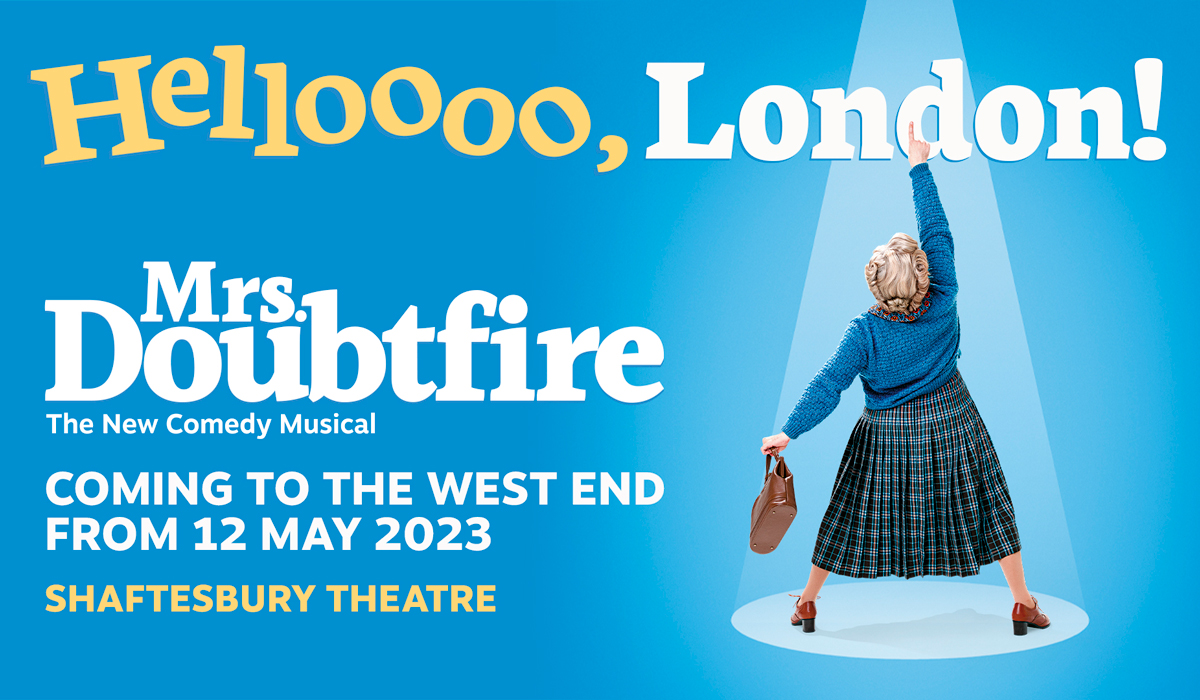 After wowing them on Broadway and in Manchester,  Mrs. Doubtfire the musical comedy, based on the iconic movie, will open at the Shaftesbury Theatre in the West End next Summer.

Having thrilled audiences at its UK premiere in Manchester earlier this year, the London production will begin performances at the newly refurbished Shaftesbury Theatre from Friday 12 May 2023, with a Press Night on Thursday 22 June.

TICKETS FOR MRS DOUBTFIRE THE MUSICAL – ON SALE NOW

A hilarious and heartfelt story about holding onto your loved ones against all odds, Mrs. Doubtfire is the musical comedy we need right now.

Out-of-work actor Daniel will do anything for his kids. After losing custody in a messy divorce, he creates the ​alter ego of Scottish nanny Euphegenia Doubtfire in a desperate attempt to stay in their lives. As his new character takes on a life of its own, Mrs. Doubtfire teaches Daniel more than he bargained for about how to be a father.

Gabriel will be joined in the principal cast by Carla Dixon-Hernandez (Matilda the Musical) as Lydia Hillard, Cameron Blakely (The Addams Family) as Frank Hillard, Marcus Collins (Kinky Boots) as Andre, and Ian Talbot OBE (Hairspray, and Director of The Mousetrap) as Mr. Jolly.

The roles of Miranda Hillard, Stuart Dunmire, Janet Lundy, Wanda Sellner and the full cast are to be announced at a later date.

Mrs. Doubtfire is produced by Kevin McCollum and Jamie Wilson and is presented by special arrangement with Buena Vista Theatrical.

WHERE IS MRS DOUBTFIRE PLAYING IN THE WEST END