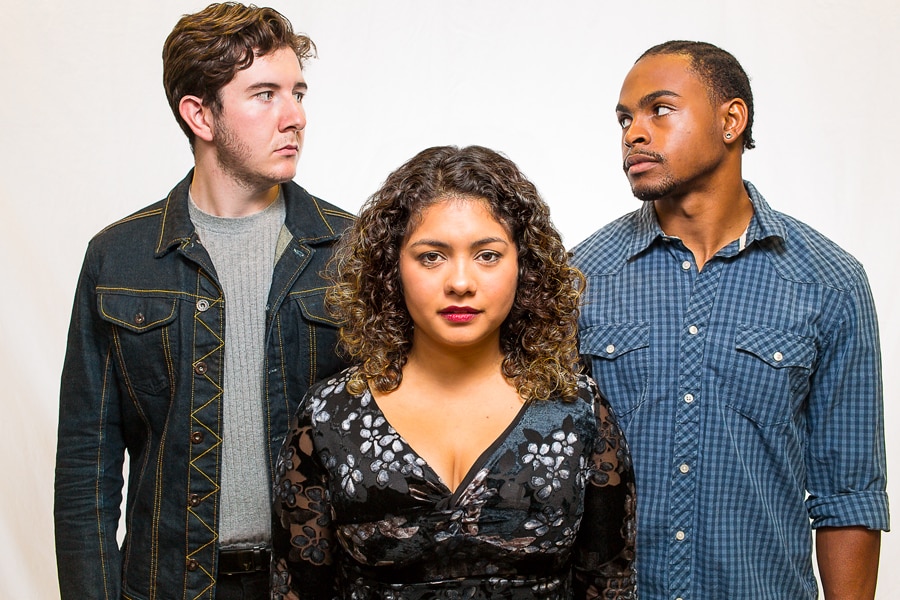 Man Down follows an interracial couple at the height of the 2015 Baltimore Riots, a peaceful protest turned riot against the unlawful arrest and death of Freddie Gray in April 2015, that became a symbol for the #BlackLivesMatter movement. Written and directed by up and coming Latinx playwright Hannah Trujillo, Man Down is her response to a complicated history of racism in the United States.

Eva Ramirez and Michael Sterling’s unyielding love holds them together as a surge in police brutality against young black men ripples through the United States. Eva’s devotion to Michael is challenged when her estranged brother Eddie reappears asking to reconnect. Seemingly thuggish Freddie also reveals himself and complicates things for Michael.

Man Down will feature Camila Ascencio as Eva Ramirez, Terry Wayne Jr. as Michael Sterling and Freddie and Samuel Garnett as Eddie Ramirez.

Man Down also features an original soundtrack of jazz, blues, and neo-soul music, paying homage to genres that came out of the Black-American diaspora. Paired with found footage from 2015 the piece becomes a cinematic examination of the Baltimore Riots.

Trujillo is a Los Angeles based writer whose work investigates race, sex, and gender in the current American political climate. Man Down is an essential new play that deals with tricky family obligation, pain-in-the-ass political correctness, and the importance of the ‘race talk’. The world Trujillo writes is nuanced with fatalistic love, humor, and tenderness. Man Down is a fresh, millennial look at love in a racially divided America.

Man Down opens at Venue 13 on August 4th at 14.35 and runs until August 25th. Tickets for all CalArts Festival Theater shows are available through the VENUE 13 or EdFringe Box Office.

BOOK NOW FOR MAN DOWN