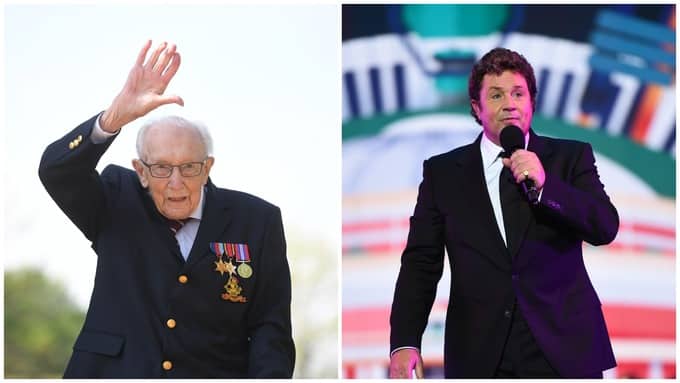 If you live anywhere in the UK (indeed the world) this week you will have seen the story of 99-year-old Captain Thomas Moore who walked laps of his yard in the hopes he might raise £1000 to benefit the NHS before his 100th birthday.

The story touched the hearts of so many that Captain Moore raised his £1000 in no time flat, but few suspected just what his herculean effort would achieve.

In a few short days as the Captain’s story was spread by media, millions of pounds had been pledged by the public. The tally now standing at over £23 million and the pledges keep on coming.

Michael Ball, inspired by the Captain’s efforts has combined with the man himself and the NHS Voices for Care Choir. They have recorded a special version of the iconic Carousel tune “You’ll Never Walk Alone” which can be downloaded to bolster the Captain’s tally.

What an honour it’s been. @captaintommoore you are an inspiration. We also couldn’t have done this without the amazing NHS Voices for Care Choir. You can download the single now – 100% of the proceeds will go to Tom’s walk fund. Let’s get him a No.1 for his 100th birthday! pic.twitter.com/bUWPK0G35T

Stuck at Home the theatre community are streaming shows to entertain you and raise funds for charities.