The Royal Shakespeare Company’s West End production of Matilda The Musical has today announced the new adult and child cast, including casting the 100th Matilda to go into the show, worldwide, since the original opening. 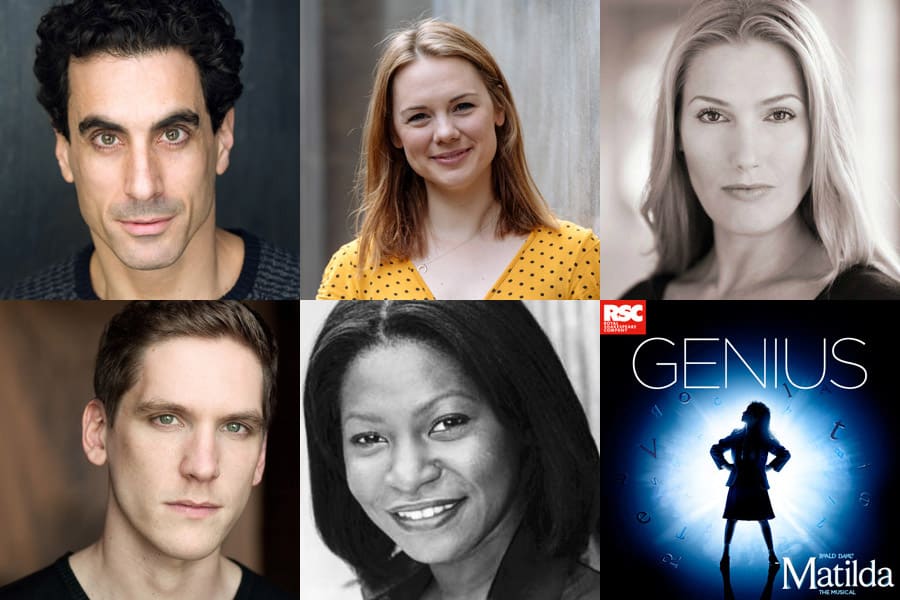 Direct from the UK and Ireland tour, Elliot Harper joins the cast as Miss Trunchbull alongside Sebastien Torkia as Mr Wormwood who joins Marianne Benedict as she continues as Mrs Wormwood. Following this, Carly Thoms will take over the role of Miss Honey from Gina Beck, after her final performance in March 2020.

The show introduces its 100th Matilda as Tilly-Raye Bayer, Olivia Juno Cleverley, Alex Munden and Zoe Simon share the lead role from September 2019. To celebrate, a new video of the four Matildas at Kew Gardens is available to watch here.

Matilda The Musical celebrated its first UK and Ireland Tour finishing at the Theatre Royal in Norwich this August, 18 months after its opening at the Curve Theatre in Leicester. Since March 2018, the production has travelled 2,599 miles and toured to 13 venues, with 541 performances seen by a total of 855,000 audience members.

To accompany the tour, the Royal Shakespeare Company launched a new nationwide education programme Change My Story which was inspired by Matilda The Musical and devised in collaboration with each touring theatre partner to help build long term partnerships between school communities and theatres. Overall, 154 teachers, 8,885 children and young people and 100 schools participated in the programme’s workshops and performances.

Across the UK and Ireland, Change My Story appointed 42 Matilda Champion Schools to stage their own specially adapted version of the musical for the local community with the support of RSC artists. The programme also included professional development courses for teachers which used Matilda The Musical as a springboard for creative writing as well as Matilda In-School Workshops for primary schools which were led by RSC and local theatre artists, exploring different storytelling techniques.

Winner of over 90 international awards including 23 for Best Musical, Matilda the Musical has been seen by over 9 million people across more than 70 cities worldwide. Still delighting audiences of all ages as it approaches its 9th year in London, the hit show is now a West End classic and plays to packed houses at the Cambridge Theatre six days a week. It has become the Cambridge Theatre’s longest-running production and one of the top twenty longest-running musicals in the West End having now welcomed over 3 million audience members in London. Matilda The Musical is currently booking at the Cambridge Theatre until 20 December 2020.

Written by Dennis Kelly, with music and lyrics by Tim Minchin, and direction by Matthew Warchus. The production is designed by Rob Howell, with choreography by Peter Darling, orchestrations, additional music and musical supervision by Christopher Nightingale, lighting by Hugh Vanstone, sound by Simon Baker and the special effects and illusions are by Paul Kieve.

Matilda is now playing at the Cambridge Theatre