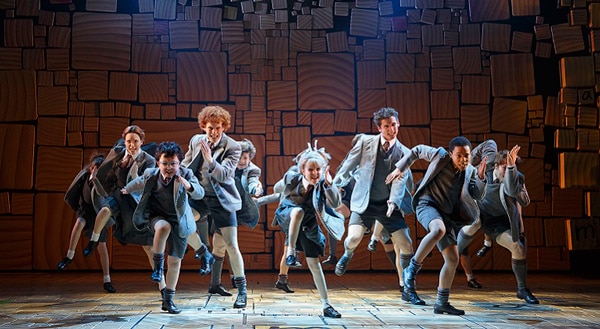 From the novel Matilda by children’s favourite Roald Dahl comes this magical offering from the Royal Shakespeare Company.

Young Matilda Wormwood is finding it tough. She’s super intelligent but no-one seems to notice. She’s ignored by her TV-addicted family and bullied by her scary headmistress but one day Matilda makes an incredible discovery: she has some very special powers.

A story that will capture the imagination of both young and old, Matilda the Musical breathes new life into Dahl’s beloved tale. A supremely talented cast of adult and child actors as well as stunning set design and ingenious props deliver an inspiring, hilarious and exuberant production.

Playing at New York’s Shubert Theater, this tale of imagination and determination is one that should be shared with the whole family.