Mark Feehily is to make his West End debut in The Secret Garden in concert at the London Palladium on 28 August 2022. 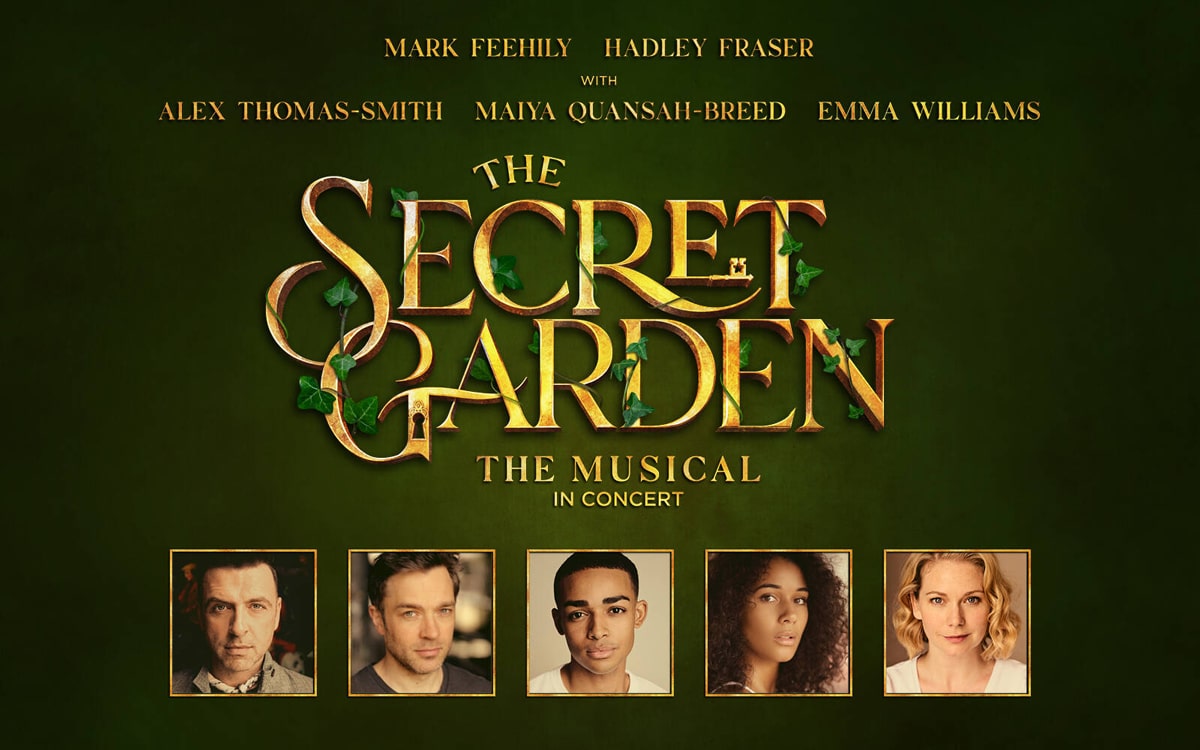 Based on the novel by Frances Hodgson Burnett with book and lyrics by Marsha Norman and music by Lucy Simon, the Tony Award-winning musical The Secret Garden returns to the West End for a one-night-only concert celebration at The London Palladium on Sunday 28 August. Book tickets for The Secret Garden.

In a lonely manor house on the Yorkshire Moors, Archibald Craven (Hadley Fraser) is stifled by his manipulative brother (Mark Feehily) and yearns for his beautiful, late wife (Emma Williams), all the while becoming more isolated and remote from his crippled son (Isaac Lancel-Watkinson). But their quiet routine is turned upside down when young Mary Lennox (Darcy Jacobs) is sent to live with them following the death of her parents in India. She finds a secret walled garden hidden in the grounds and with the help of a few friends (Alex Thomas-Smith and Maiya Quansah-Breed) releases the magic and adventure locked inside it, changing their lives forever.

The Secret Garden in concert is produced by Lambert Jackson. Founded by Jamie Lambert and Eliza Jackson in 2018, Lambert Jackson were recently nominated for an Olivier for Best Play for their production of Cruise at the Duchess Theatre. They are arguably one of the most exciting theatrical production companies in the UK at the present time. Having been put on the map by their production of the UK Premiere of Doctor Zhivago the musical, they entered the global pandemic with vigour and determination, creating one of the largest online concert series the UK has ever seen, Leave a Light On.