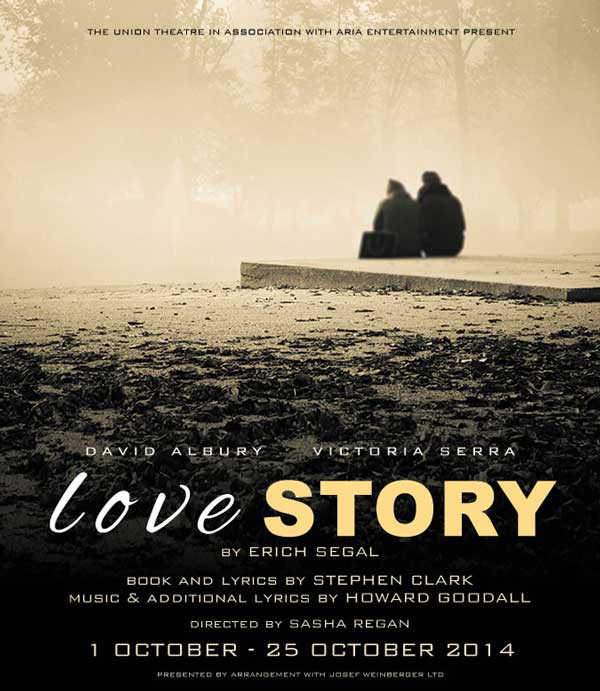 Inspired by Erich Segal’s best-selling novel and subsequent film of the same name, Love Story is a heart breaking ‘chamber musical’ that is the second piece to be featured in the Union Theatre ‘s Howard Goodall Season. Book and lyrics for Love Story are by Stephen Clark.

Harvard Law student Oliver Barrett IV and music student Jennifer Cavilleri share a chemistry they cannot deny – and a love they cannot ignore. Despite their opposite backgrounds, the young couple put their hearts on the line for each other. When they marry, Oliver’s wealthy father threatens to disown him. Jenny tries to reconcile the Barrett men, but to no avail. Oliver and Jenny continue to build their life together. Relying only on each other, they believe love can fix anything. But fate has other plans. Soon, what began as a brutally honest friendship becomes the love story of their lives.

The production will be directed by Sasha Regan, Choreographed by Lucie Pankhurst, Musical Direction by Inga Davis-Rutter and Designed by Elle-Rose Hughes.

Love Story is presented by The Union Theatre in association with Aria Entertainment.