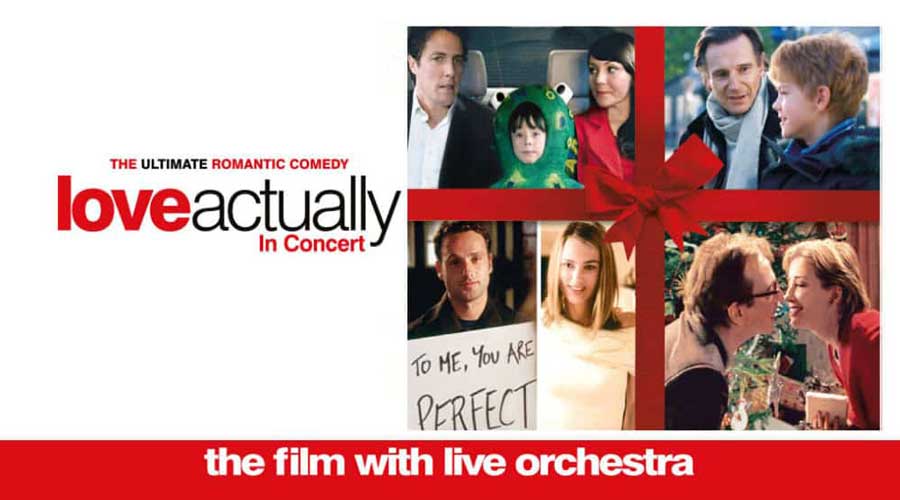 Since its release in 2003, Love Actually has earned its status as a contemporary Christmas classic. Richard Curtis’ starry rom-com (Hugh Grant, Emma Thompson, Liam Neeson, Keira Knightley, Colin Firth, Laura Linney and Bill Nighy, to name but a few) captures the highs and lows of love for its myriad characters, all over a festive period of exceptional romantic turmoil. From Hugh Grant’s PM falling for Martine McCutcheon, to the heart-wrenching Christmas morning round Alan Rickman and Emma Thompson’s place, it’s a film that connected with millions around the world. Its influence has been wide-reaching and it’s become as much a staple of the season as It’s A Wonderful Life or Miracle On 34th Street.

Tying in with the film’s enduring popularity, a live concert tour was a natural progression. With a full orchestra performing Craig Armstrong’s score live to picture, the Love Actually Live In Concert tour was an instant success, playing sold-out shows around the UK each Christmas to rave reviews. 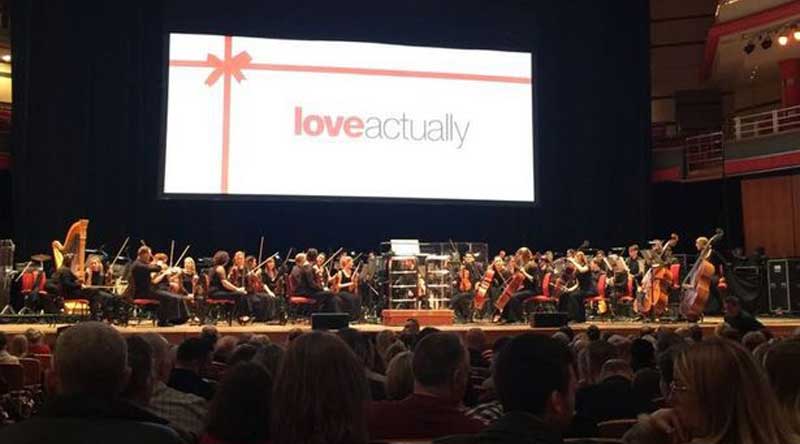 With a lot of the country in need of some festive cheer and a good laugh/cry, it was only fitting that Love Actually Live In Concert would return for the 2020 season. In October 2020, it was announced that the live show would be setting up camp at Hammersmith Apollo for four special socially distanced performances from 10 – 13 December 2020. Tickets are on sale now.

Complying fully with government regulations, safety measures will be in place for performers, backstage and front of house staff, as well as audience members. For the latter, these will include a reduced capacity, enhanced cleaning, one-way systems, staggered entry times for ticket holders and fully digital and contactless payments. Customers will be expected to bring their own face coverings.