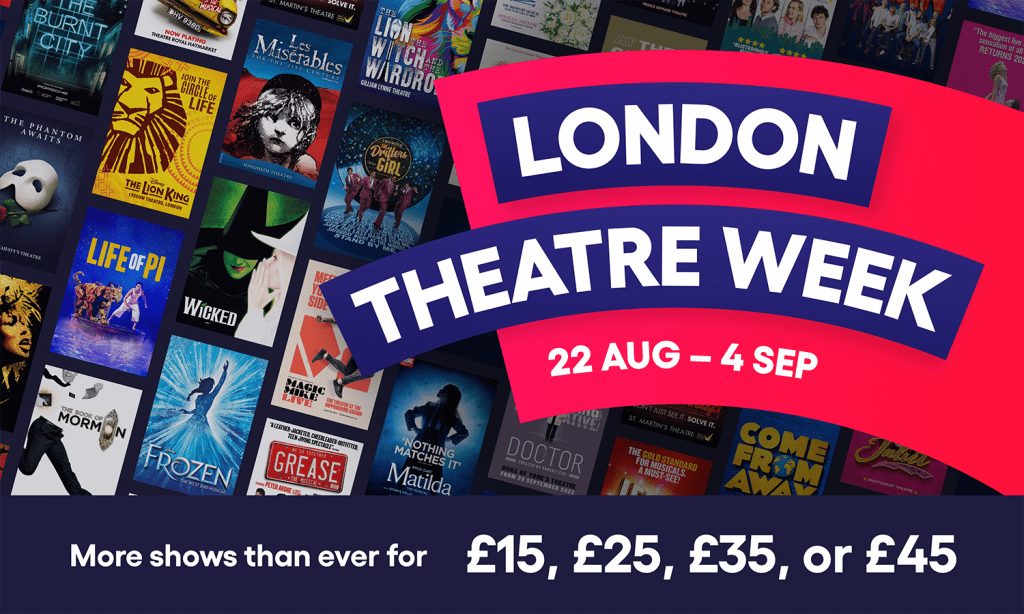 Book tickets to see some of London’s hottest musicals including Disney’s The Lion King, The Book of Mormon, and Disney’s Frozen as well as smash hit plays like Life of Pi, Harry Potter and the Cursed Child, and many more – we mean it, this year’s line up is the biggest ever!

Other shows on offer include Tina – The Tina Turner Musical, The Glass menagerie with Amy Adams, Dirty Dancing, Wicked, Grease the musical, The Drifters Girl, Jersey Boys, My Fair Lady, The Great Gatsby Immersive, Only Fools and Horses the musical, Come From Away, Back To The Future, The Woman In Black (which recently celebrated 13000 performances in London), Dear Evan Hasmsen, & Juliet, The Mousetrap, Matilda the musical, The Play That Goes Wrong, Magic Mike Live, Anything Goes, The Southbury Child, Heathers the musical, Mamma Mia!, The Phantom Of The Opera, The Choir of Man, and many more.