Watch Andrew Lloyd Webber and Stephen Sondheim sing Happy Birthday to each other. 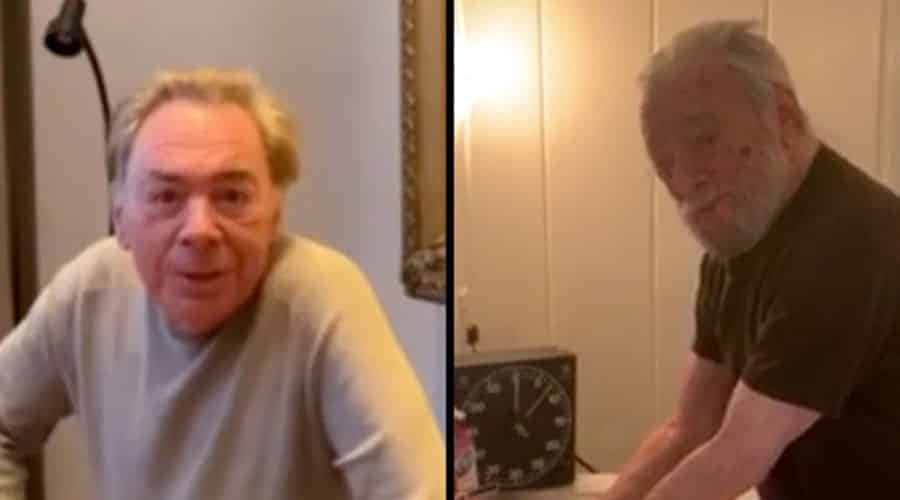 Many theatre fans will be aware of Andrew Lloyd Webber’s social media blitz as he uses his isolation period to serenade thousands of social media users with his hits.

Well today, Rosie O’Donnell’s Show Special which was an odd concoction of the theatre community hosted by O’Donnell, who was herself in isolation, saw the two titans of musical theatre sing Happy Birthday to each other!

Andrew chose to theme his accompaniment to Happy Birthday using A Little Night Music whilst Stephen chose to sing Happy Birthday to Andrew whilst washing his hands, especially poignant as it is the recommended guideline for the prevention of CoronaVirus.

It’s one of the weirdest of coincidences that musical theatres greatest living composers share a birthday on 22 March. This year Stephen Sondheim turns 90 years old whilst Andrew Lloyd Webber, the junior of the two turns 72 years old.