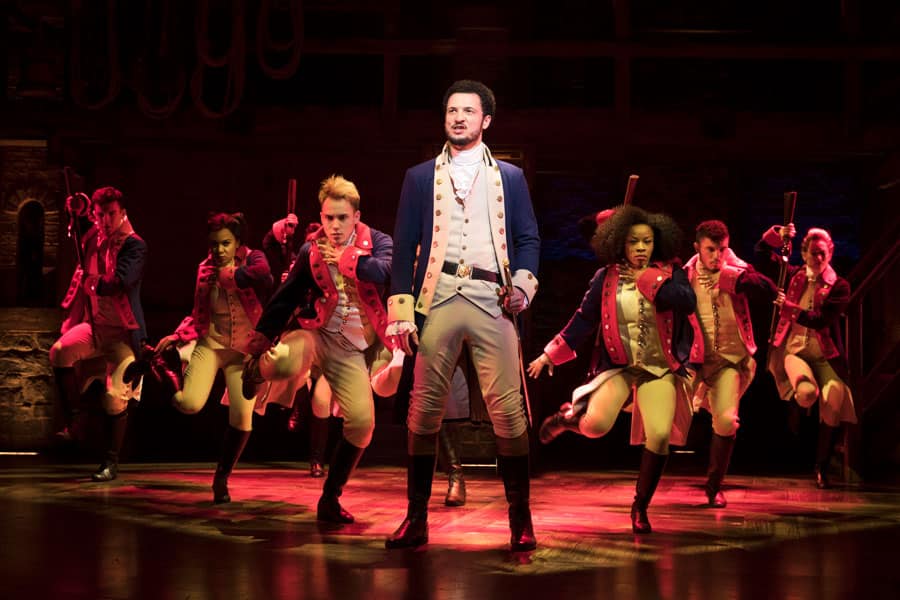 In the run-up to the London opening of Lin-Manuel Miranda’s award-winning musical Hamilton, some cynics wondered if the musical based on early American history would translate for British audiences.

Based on the critical and public reception which greeted the show, those fears were unfounded. Hamilton is a resounding critical success and has been greeted with the type of audience reaction most shows can only dream of.

In recent days on Twitter, Lin-Manuel revealed that three small lyric tweaks have been made to the libretto of Hamilton in London.

“The Room Where It Happens” sung by Giles Terera as Aaron Burr has the line “Well, I propose the Potomac” is changed to “Invite him over, propose it” removing the reference to the Potomac River.

Lastly, in “Your Obedient Servant“, Burr’s challenge to Hamilton to Hamilton is changed to “New Jersey, dawn, guns drawn” removing the reference to Weehawken, the New Jersey town.

Lin-Manuel told the Hollywood Reporter “most Americans don’t know American history! I certainly didn’t know most of what’s in my show before I read Ron Chernow’s book and got engaged in it because Hamilton’s personal story is what engaged me. I believe that holds true, no matter where you’re from”.

Read our review of Hamilton