Casting has been announced for the new production of Les Miserables which will open at the Sondheim Theatre London in December 2019. 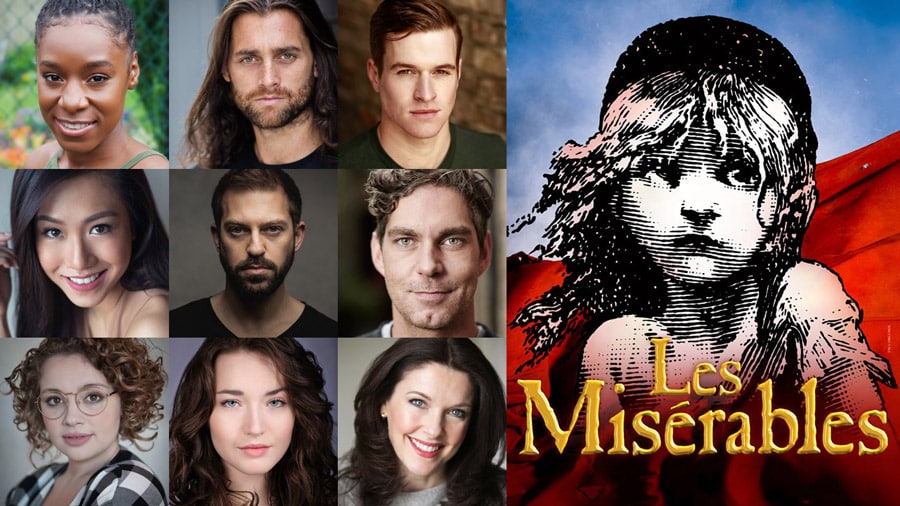 Cameron Mackintosh announced today casting for the exciting new cast of Boublil and Schönberg’s Les Miserables at the newly restored Sondheim Theatre, when the theatre re-opens on 18 December 2019 following its major renovation.

Cameron Mackintosh’s production of Les Miserables is written by Alain Boublil and Claude-Michel Schönberg and is based on the novel by Victor Hugo. It has music by Claude-Michel Schönberg, lyrics by Herbert Kretzmer and original French text by Alain Boublil and Jean-Marc Natel, additional material by James Fenton and adaptation by Trevor Nunn and John Caird. Orchestrations are by Stephen Metcalfe, Christopher Jahnke and Stephen Brooker with original orchestrations by John Cameron. The production is directed by Laurence Connor and James Powell, designed by Matt Kinley inspired by the paintings of Victor Hugo with costumes by Andreane Neofitou and Christine Rowland, lighting by Paule Constable, sound by Mick Potter, musical staging by Michael Ashcroft and Geoffrey Garratt, and music supervision by Stephen Brooker and Alfonso Casado Trigo.

BOOK TICKETS TO LES MISERABLES AT THE SONDHEIM THEATRE