Full casting has been announced for Les Miserables London as the full production resumes on 25 September 2021. 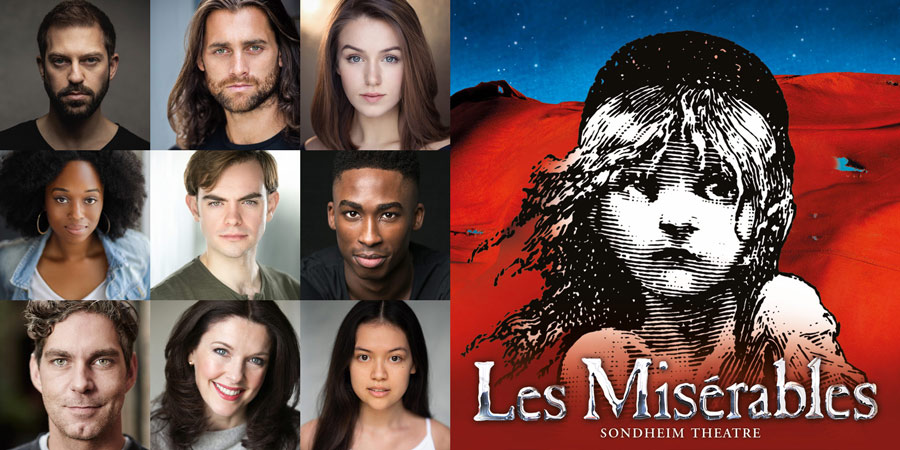 Following the sell-out success of Les Miserables – The Staged Concert, the longest-running concert in the history of Shaftesbury Avenue, Cameron Mackintosh is delighted to announce full casting for the re-opening of the critically acclaimed new full production of Les Miserables at the Sondheim Theatre on 25 September 2021. Les Miserables tickets are now on sale.

Since Cameron Mackintosh first conceived this acclaimed new production of Les Miserables in 2009 to celebrate the show’s 25th anniversary it has taken the world by storm continuing to enjoy record-breaking runs in countries including North America, Australia, Japan, Korea, France and Spain. The UK and Ireland tour reopens at Theatre Royal Glasgow this November.

Boublil and Schönberg’s magnificent iconic score of Les Miserables includes the classic songs, I Dreamed a Dream, On My Own, Stars, Bring Him Home, Do You Hear the People Sing?, One Day More, Empty Chairs at Empty Tables, Master Of The House and many more. Several of its songs have become real-life anthems of revolution wherever in the world people are fighting for their freedom. Seen by over 120 million people worldwide in 52 countries and in 22 languages, Les Miserables is undisputedly one of the world’s most popular and contemporary musicals.

Cameron Mackintosh said “After 18 long months of unprecedented shut down of the commercial theatre, it is thrilling to see the West End reopen with all its major productions and safely welcome back audiences who have been so supportive to our industry. The staged concert of Les Misérables has been uniquely able to keep the large scale theatrical flag flying on Shaftesbury Avenue, clocking up a record-breaking 250 performance run. Many of the wonderful artists in the concert were drawn from both the acclaimed new West End and national touring productions which had opened just before the pandemic closed them down, playing to full houses. Spectacular though the staged concert (which will embark on a World Tour in 2024) is, the fully staged new production of Les Misérables has become an international sell-out sensation all over again, continuing to bring audiences to their feet as the longest-running musical in the world.

The famous barricades of this latest West End production will be manned by a brilliant and diverse company of new and established talents, that demonstrate why our training system is the envy of the world and our theatre practitioners both on and off stage are incomparable, despite the lack of support of the commercial theatre from this government.  It is hugely gratifying, as the show celebrates its 36th birthday this October at the Sondheim Theatre, that Les Misérables continues to be one of the most popular and contemporary musicals of all time. As The Telegraph put it: “The perfect musical in the perfect theatre”.