Producers of Tom Stoppard’s Leopoldstadt and Aaron Sorkin’s adaptation of Harpern Lee’s To Kill A Mockingbird are to reschedule their London seasons. 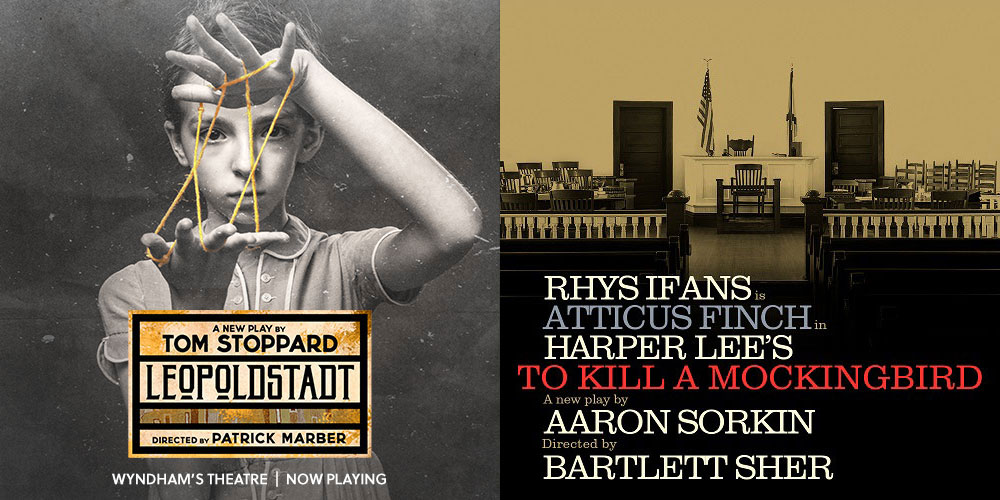 Leopoldstadt and To Kill A Mockingbird are to reschedule their London runs as a result of the disruptions and theatre closures caused by Covid-19. Ticketholders will be contacted by their ticket sellers as further information is available.

Directed by Patrick Marber, the play is an intimate drama with an epic sweep. Vienna in 1900 was the most vibrant city in Europe, humming with artistic and intellectual excitement and a genius for enjoying life. A tenth of the population were Jews. A generation earlier they had been granted full civil rights by the Emperor, Franz Josef. Consequently, hundreds of thousands fled from the Pale and the pogroms in the East and many found sanctuary in the crowded tenements of the old Jewish quarter, Leopoldstadt.

Aaron Sorkin’s adaptation of Harper Lee’s classic novel To Kill A Mockingbird is now scheduled to play the Gielgud Theatre in 2022.

Harper Lee’s enduring story of racial injustice and childhood innocence has sold more than 45 million copies worldwide. 2020 will mark the 60th anniversary of its publication.  The Broadway production now holds the record as the most successful play in Braodway history and recently played to 18,000 schoolchildren at a special performance at Madison Square Gardens in New York.

Set in Alabama in 1934, To Kill a Mockingbird centres on one of the most venerated characters in American literature, the small-town lawyer Atticus Finch. The cast of characters includes Atticus’s daughter Scout, her brother Jem, their housekeeper and caretaker Calpurnia, their visiting friend Dill, a mysterious neighbour the reclusive Arthur “Boo” Radley, and the other indelible residents of Maycomb, Alabama.

The remainder of #Leopoldstadt’s scheduled performances have been postponed – and we’re currently working to reschedule performances for later in the year. pic.twitter.com/cKPT0X7bOM

Due to ongoing advice from the government, all performances of @MockingbirdUK have been regretfully postponed from 21 May and will be rescheduled.

If you are a ticket holder you do not need to do anything for the moment as your ticket provider will be in contact. pic.twitter.com/y1jvu7XMPv