When Barbra Streisand takes to the stage as part of British Summer Time in Hyde Park this Summer she will be joined by special guests Bryan Ferry and Kris Kristofferson. 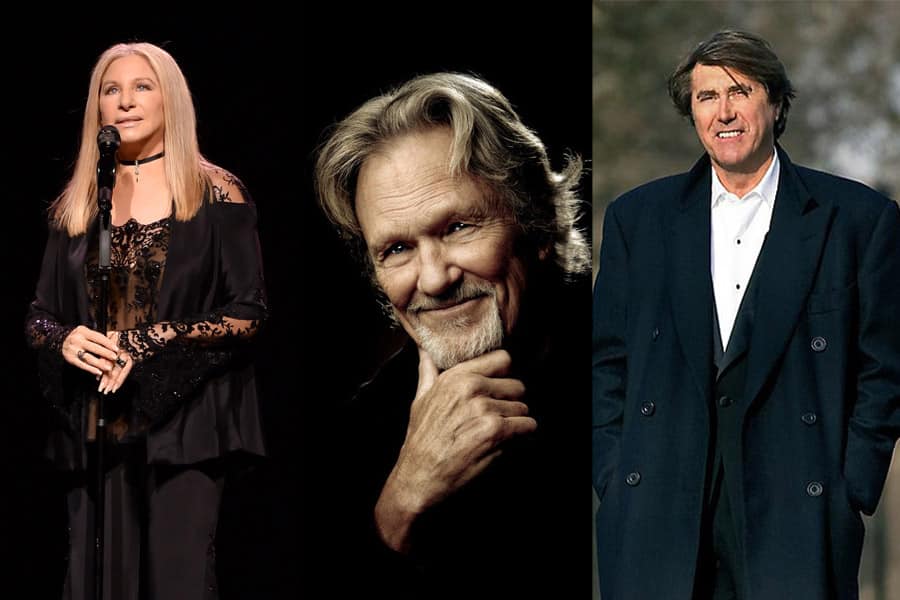 The frontman for one of Britain’s most influential bands, Roxy Music, brought Bryan Ferry prominence as one of Britain’s most distinctive music artists but also carved out a hugely successful solo career that continues in typically sophisticated manner to this day.  This weekend, he reunited with his Roxy Music bandmates to perform at their induction into the Rock And Roll Hall Of Fame.  At Hyde Park, he will be armed with iconic solo hits ‘Let’s Stick Together’ and ‘Slave To Love’, as well as Roxy classics ‘Ladytron’, ‘Avalon’ and ‘Love Is The Drug’, along with that one-off voice.

Kris Kristofferson is a country musician with an unbelievable history; he excelled at Oxford University and in the US Army before pursuing his passion as a songwriter. His songs ‘Me and Bobby McGee’, ‘Help Me Make It Through the Night’ and ‘Sunday Morning Coming Down’, all chart-topping hits, helped redefine country songwriting. His talents as a musician sparked the interest of Hollywood, leading him to flourish as an award-winning actor. Heralded as an artist’s artist, the three-time Grammy winner has recorded 29 albums, including three with pals Willie Nelson, Johnny Cash and Waylon Jennings as part of the Highwaymen. In 1977, Kristofferson co-starred alongside Streisand in “A Star Is Born” which went on to win numerous awards including 5 Golden Globes for Best Actress (Streisand), Best Actor (Kristofferson), Best Film, Best Original Song and Best Original Score. Also, Streisand became the first female composer to win the best song Oscar for ‘Evergreen’ from the film.