The Kiln Theatre announce the NW trilogy by Moira Buffini, Suhayla El-Bushra and Roy Williams to open in September 2021. 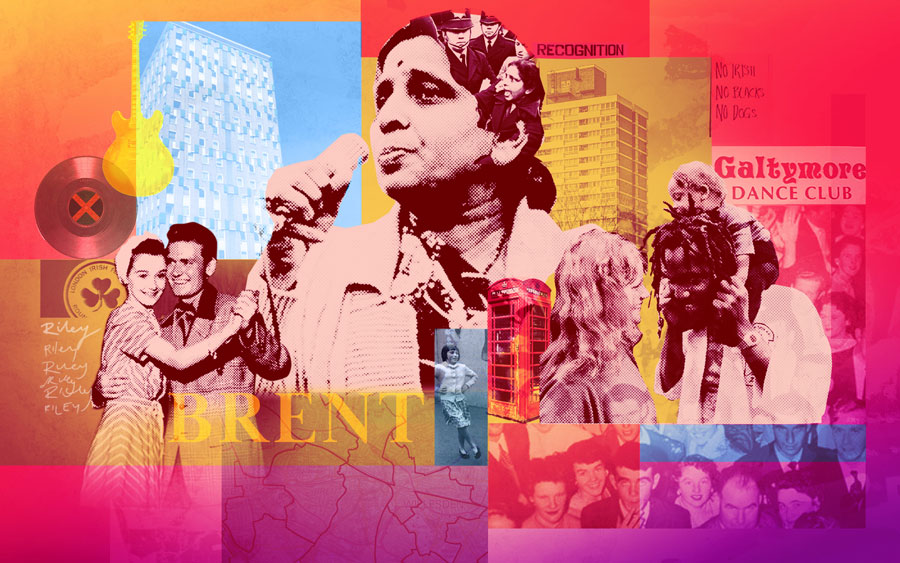 Kiln Theatre’s Artistic Director Indhu Rubasingham announces that the forthcoming NW Trilogy by Moira Buffini, Suhayla El-Bushra and Roy Williams will open on 14 September, with previews from 6 September, and running until 9 October. The trilogy, directed by Kiln Theatre Associate Directors Taio Lawson and Susie McKenna, is now on sale.

Set amongst the vibrant, intense cacophony of North West London, NW Trilogy is a collection of vivid stories that remember and celebrate people who changed the course of history. The personal is political in these soulful explorations of what it means to be part of one of the most dynamic communities in the world.

First, we reel to a dance hall in ‘County Kilburn’ in Moira Buffini’s Dance Floor where the Guinness flows, the music never stops and for homesick Aoife, there’s far more at stake than a dance.

In Roy Williams’ bittersweet Life of Riley, Paulette is on a journey to connect with her estranged father Riley, a reggae musician once part of the influential Trojan Records scene, who can’t seem to let go of the past.

And, Suhayla El-Bushra’s Waking/Walking introduces us to Anjali, a wife, mother and newly arrived migrant following Idi Amin’s expulsion of the Asian minority from Uganda, who is torn between not making a fuss and seizing her moment to take a stand as the Grunwick dispute unfolds.

NW Trilogy is powerful, funny and epic and shows us how we can change the world from our doorstep.

Artistic Director of Kiln Theatre, Indhu Rubasingham, said today, “Originally I set out to create a production which would celebrate the real people of our borough as part of Brent Borough of Culture 2020. Although we weren’t able to produce it last year, we haven’t stopped working on NW Trilogy and in 2021 it feels like these plays are even more relevant.  They put our community centre stage and celebrate their remarkable achievements.  Although the stories we’re telling are from over 30 years ago, their impact lives on and is ever present on the streets of Brent. It’s also not just about North West London, NW Trilogy is a show for anyone who values the vibrancy, energy and resilience of Britain – a country of many voices, cultures and histories.”