Josh Groban has announced that he is live streaming an intimate live stream concert on Saturday 27 June at 9pm BST. Book Now! 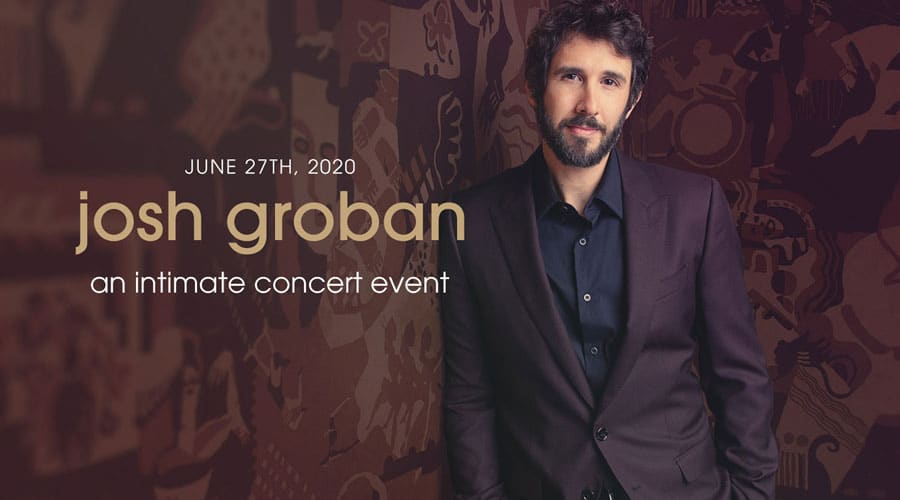 Tony Award-nominated Josh Groban is live-streaming an intimate event on 27 June at 9pm BST together with guitarist Tariqh Alkoni and pianist Mark Stephens.

The live stream event will include some of his hits, new songs and fan favourites.  To make the experience as interactive as possible Josh will be answering questions from fans throughout the show.

Can’t wait for June 27th to be beamed to the screened device of your choosing! What do you wanna hear? #laundryday – JG pic.twitter.com/M6ATC7rOo0

Josh Grobin is a Grammy-nominated vocalist, song-writer, and actor who has sold over 30 million albums and DVDs worldwide. In 2017he concluded his Broadway run in Natasha, Pierre & The Great Comet of 1812, which Time Out New York called, “one of the best musicals of the decade”. He also released his first coffee table book, Stage to Stage: My Journey to Broadway, chronicling the past two years of his life on Broadway. He is a self-described “theatre kid”.

Josh remains an active arts education philanthropist and advocate as a member of Americans for the Arts Artists Committee and Groban’s Find Your Light Foundation helps enrich the lives of young people through arts, education, and cultural awareness.

Tickets for the concert start at $USD20 (approx £16) and are on sale now. Live streaming technical specifications to make it easier to watch Josh Groban in your home can be found here.

The video stream of the concert will be accessible for 48 hours from the start of the event.

Check out other streamed productions you can watch at home.