Michael Harrison and the Really Useful Group are pleased to announce new performance dates for the smash-hit production of Joseph and the Amazing Technicolor Dreamcoat at The London Palladium from 1 July 2021. 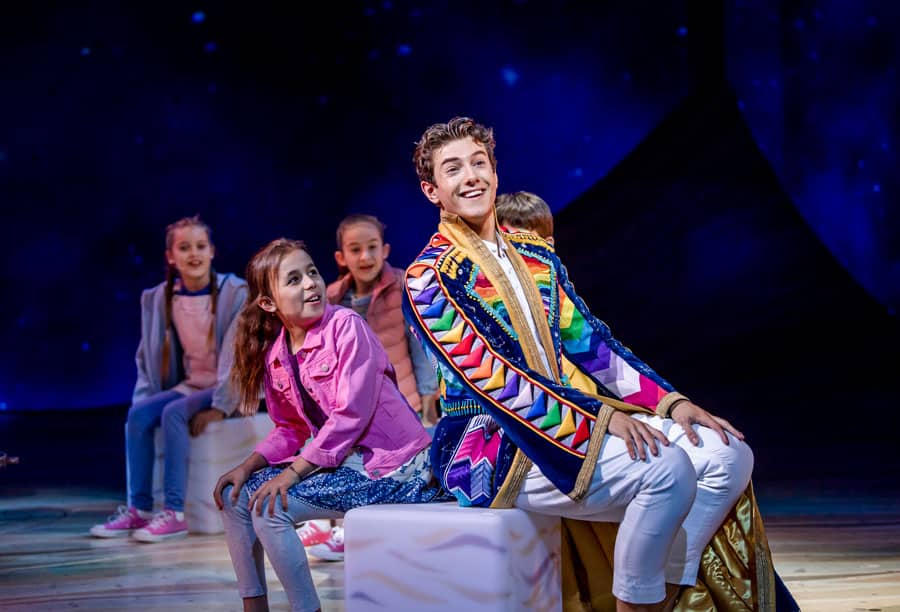 Due to the current global situation and the uncertainty around the resumption of West End shows, Joseph and the Amazing Technicolor Dreamcoat will defer its dates exactly 12 months, and Jason Donovan and Jac Yarrow are both confirmed to star again in the acclaimed show next year. Performances will now begin on Thursday 1 July 2021 and play a strictly limited 10-week season to Sunday 5 September.

All existing tickets will be moved to the same seats for the equivalent performances by day of the week in 2021. Performance times remain unchanged. If you are a ticketholder you do not need to do anything as your point of purchase will be in touch with you soon to confirm the new date for your booking. Public booking reopens on Friday 19 June.

Andrew Lloyd Webber said: “The team and I are working hard behind the scenes to get the world’s most beloved theatre The London Palladium open and entertaining audiences this Autumn. We will leave no stone unturned in our efforts to find a safe route to provide access both backstage and front of house. I am delighted that Joseph will be back on The London Palladium stage next Summer.”

Michael Harrison said: “We are pleased that, with the complete support of everyone at LW Theatres and the Really Useful Group, we can announce today rescheduled dates for the production. Joseph is the most joyous of musicals and we can’t wait to welcome audiences back to The London Palladium.”

Jason Donovan will return in the role of Pharaoh. He was originally in the show when he made his defining stage performance as the title character of Joseph in the 1990s, in a sold-out 18-month run which produced a No.1 single and best-selling soundtrack album. Jason raised the roof of the London Palladium this year as Pharaoh, who rocks ‘Song of the King’ in the iconic musical by Tim Rice and Andrew Lloyd Webber.

Jac Yarrow caused a sensation when he made his professional stage debut playing Joseph, following in the footsteps of a line of stars who have previously played the title character. His portrayal of Joseph won him unanimous acclaim, with his rendition of ‘Close Every Door To Me’ regularly stopping the show with standing ovations.

Joseph and the Amazing Technicolor Dreamcoat enjoyed a completely sold-out season last year. Audiences and critics were unanimous in their acclaim for the legendary musical – the first major collaboration by Tim Rice and Andrew Lloyd Webber – as it returned to the London Palladium.

BOOK TICKETS TO JOSEPH AND THE AMAZING TECHNICOLOR DREAMCOAT