The Jamie Lloyd Company has announced that two-time Academy Award nominee and Golden Globe Award-winner Jessica Chastain is to make her UK theatre debut in Ibsen’s A Doll’s House at the Playhouse Theatre, London. 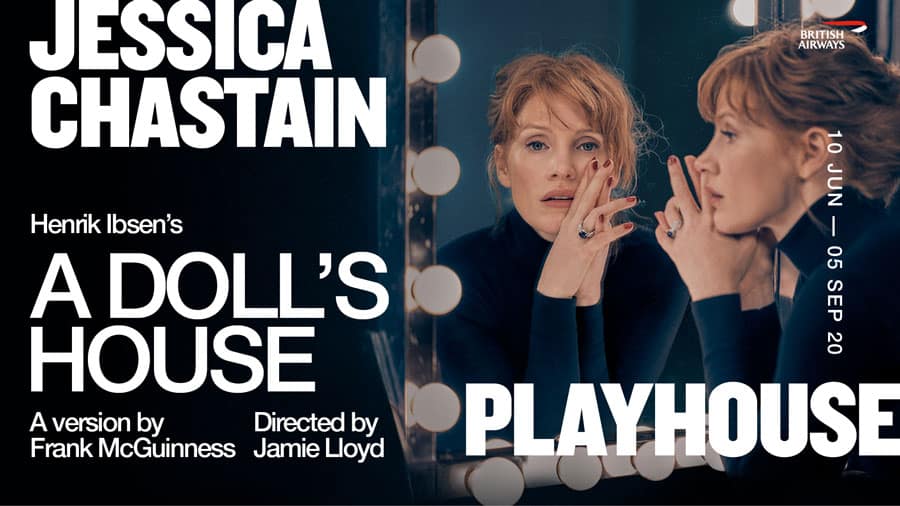 The production is part of a new season directed by Jamie Lloyd at the Playhouse Theatre, which previews from 27 November, with James McAvoy in Edmond Rostand’s Cyrano de Bergerac, freely adapted by Martin Crimp. A Doll’s House in a new adaptation by Frank McGuiness opens at Playhouse Theatre on 18 June, with previews from 10 June and runs until 5 September 2020. Tickets will go on sale in January 2020. Join our mailing list to receive ticket alerts.

Jamie Lloyd said, “At The Jamie Lloyd Company, our aim is to work with the most exceptional actors in the world, offering them new and unexpected challenges. Jessica Chastain is a gifted artist and is, of course, well known and respected for her extraordinary screen performances. However, I’m delighted she is now returning to the stage – where her career began – in this bold reappraisal of Ibsen’s great masterpiece.”

Ibsen’s A Doll’s House will be designed by Soutra Gilmour with full creative team and cast to be announced.